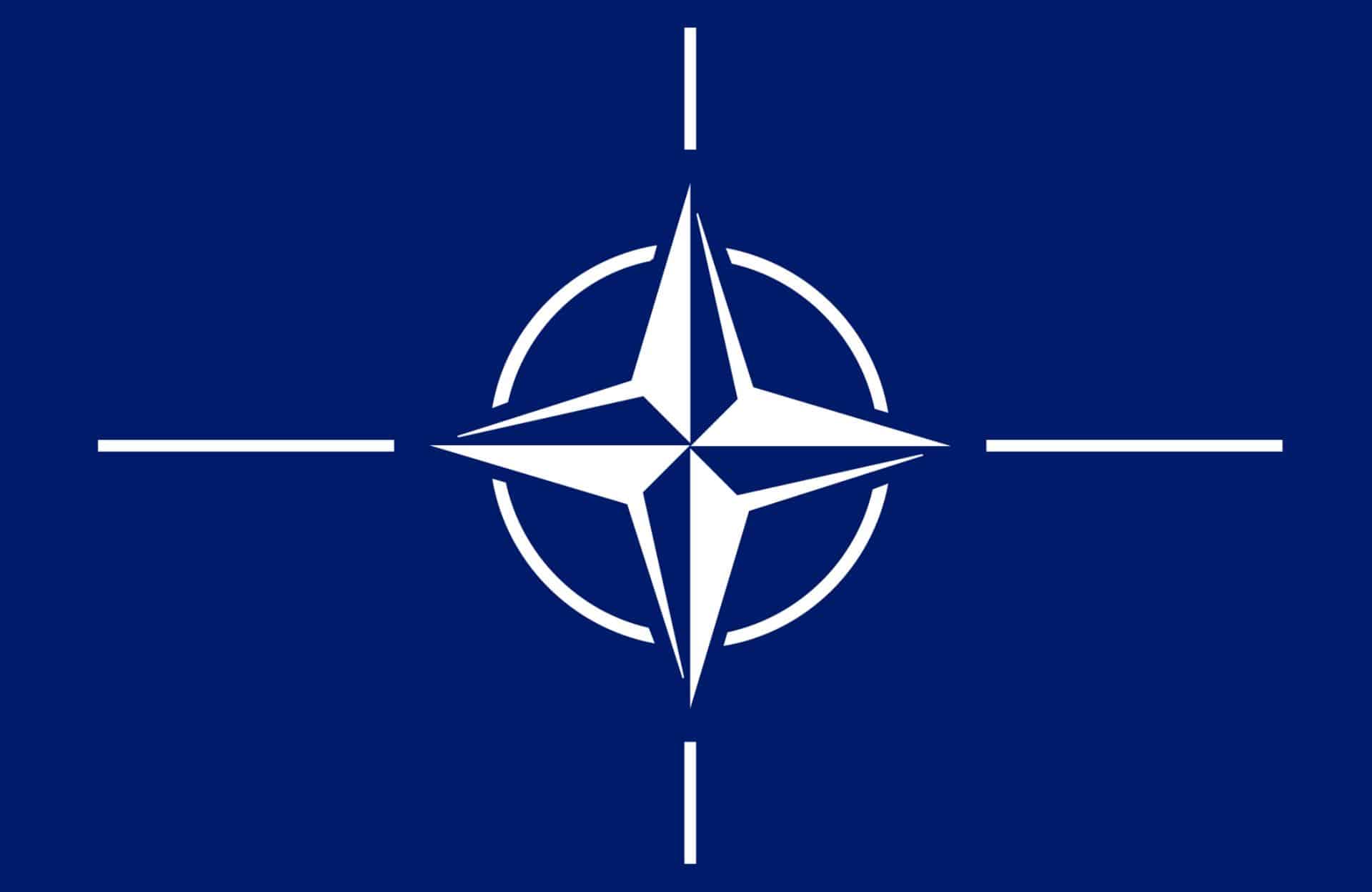 So many important things are happening across the face of the Earth on so many different levels! I have sought to outline some of them in this edition, with particular reference to geo-political and military situations, America, climate matters – and the way in which God protects those He has appointed for certain times and seasons.

In deep prayer the other day, I found myself identifying intensely – almost as if present – with people on a wide variety of frontiers; for example, with those wrongly on trial or in prison for their faith, and with Ukrainian soldiers on their massively battered and depleted front lines, bombarded as they are by a staggering 50,000 shells a day, and with insufficient and diminishing weaponry with which to reply. Ukrainian sources report that they are suffering over 100 fatalities every day, plus around 800 each day being wounded. Average that out over the course of the war, and the numbers involved are huge. Up to 80% of some of Ukraine’s most effective fighting units are now said to have been knocked out of the combat, and their replacements are, for the most part, brand new raw recruits.

Ukrainian forces are exceptionally vulnerable now following their withdrawal from Severodonetsk, the town they could hold no longer hold. Had western nations supplied serious advanced weaponry when Russian forces were on the retreat from Kyiv, it is likely that the situation would be very different. An important window was missed, and playing catch up now is going to be complicated, expensive and dangerous, as NATO speaks about upping its forces in readiness to 300,000 – a figure they are highly unlikely to achieve in any near future, but which does represent a serious American redeployment in Europe.

The West is taking a much more militant stance since the NATO conference in Madrid toward Russian aggression. With almost no ammunition left across Europe that is suitable for using with Ukraine’s Soviet-era weaponry, and production of new weapons in no way keeping up with demand, much remains to be done.

Germany leads the way in producing cutting edge weaponry, but has proved highly unwilling to commit itself. It has been promising to send advanced weapons systems for months but continually pushes back the date for despatch. It is now talking of doing so in August – and even then might require a training period. Even as I write, though, Ukrainian troops are hard at work training on Salisbury Plain with advanced rockets.

As you will have heard, President Biden is currently playing catch-up in sending significant reinforcements to Europe. He is planning a new permanent base in Poland, which that country has long been asking for, two fighter squadrons to the UK, two destroyers for Spain, a further 5000 troops to Romania, plus additional air cover defences for Germany and Italy – a country that had preserved close ties with Russia, but which has been as shocked as the rest of the continent by the invasion of Ukraine.

NATO is set to be significantly strengthened soon by the soon-accession of Finland and Sweden. None of this can come too soon for countries like Lithuania (which lost a quarter of a million of its tiny population not so long ago in Russian gulags) and which is doing its best to organise its defences, but deeply afraid of being invaded. (It is currently experiencing a whole host of Russian cyberattacks).

But here is a thought. What if a new President were to come to power in Washington with no interest in Europe or NATO, and to withdraw these forces – just as President Trump did when he unilaterally withdrew American forces from Syria? To say the least Europe would be left grossly exposed, just as as Syria itself was.

Father, we have relied on America for decades to be both our conventional and our nuclear umbrella of protection – and in the process – and as a result – we have not been looking as much as we should at You. In our own way, we have been as complacent as NATO in not recognising what was building up in Putin’s mind. We declare afresh Your need for Your active oversight of all that is going on in

We remember how Russia itself sprang into advanced industrial and military after the surprise attack on it by Hitler, and how decisive that proved to be. At this time when the British are still intending to reduce their army by a further 10,000 troops, we pray for wise decisions to be made across Europe and NATO, and for specific action to be taken concerning stocks of personnel, ammunition and weapons.

Russia’s armed forces are not healthy outfits, but it works on the principle of sheer numbers out-weighing its many weaknesses and its fierce and extensive corruption. (cf this article in the Economist). It is painfully important to recognise that it is the poorest provinces of Russia, as opposed to the ones nearer Moscow, which are sacrificing their young men and suffering the heaviest casualties.

How often the name of the Russian leader comes up on reports from around the world! There are so many unsung heroes of faith the Lord will crown and champion in Heaven. But just as the pandemic had bad effects in fostering conspiracy theories in America, so too have grandiose ideas grown in Putin’s heart, and he desires to be remembered to history as a second Peter or Catherine the Great, or even a Stalin. The effects of the war are biting ever harder in Europe, and straining unity – a factor that Putin has surely been counting on all along; he is a man used to the long haul, whereas politicians in the West are forever having to keep a weather eye on the ballot box and their political ratings.

When so many are in such dire trouble in this season, how utterly essential our prayers are. As we pray the Lord will often direct our words and heart toward a particular person, as being representative of many more in a similar plight.

Lord God, look with mercy on our riven lands and keep us from the total implosion our ways and actions so richly deserve. Raise up those who hear Your word of commissioning, and who have the skill, the determination, the ingenuity and the compassion to speak and act for truth, to act against lies; to bring Your purposes to pass, and to proclaim afresh the message that lies at the heart of Jesus’ calling: that in all things we should ‘Seek first the interests of Christ Jesus and the Kingdom of God.’

The ever present cyber danger
A new series began on Channel 4 this week (on Thursday 30th June at 9 pm) called ‘Undeclared War’. I can’t begin to vouch for whether it will be any good or not as a drama, but it depicts an offline Britain in the aftermath of a Russian cyber-attack, and is based on real events. Fictious it may be, but it is a spur to serious prayer concerning the very real dangers of cyber-attacks.

Lord, give alertness to the relative handful on whom we depend for the infrastructure of our nation. Inspire our leaders to look beyond themselves and their own popularity ratings to meet the real challenges and needs of our day, politically, economically and in every other way, including the best deployment of NATO forces.

As for the Russian enclave of Kaliningrad, that has been the centre of so much attention in recent days, following Lithuania’s rail blockade of sanctioned goods in accordance with EU sanctions, this is important as Russia’s base for the mini subs that have been training for decades to cut the all-important western Internet Cables I have spoken so much about. (See ‘Why is Kaliningrad at the centre of a row between Russia and Lithuania?’)

Rory Maclean also presents a sad overview of it in Pravda Ha-ha.

Factor in China’s complete refusal to rule out a full scale invasion of Taiwan, and its relentless development of ever more advanced naval units, (it already has the most advanced destroyers in the world, which are now set to be armed with hypersonic missiles, as well as its ultra-powerful new aircraft carrier) and we can see more and more why it remains so important not to grow tired and weary in prayer. Time to affirm afresh this declaration:

No king is saved by the size of his army; no warrior escapes by his great strength.
A horse is a vain hope for deliverance; despite all its great strength it cannot save.
But the eyes of the LORD are on those who fear Him, on those whose hope is in his unfailing love. 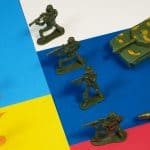 Putin has launched more than just an invasion of its neighbour: it amounts to nothing less than a hybrid world war