Mar 13, 2014 | Events to pray for, INSIGHTS, Prayer Focus for the Nations, Watchmen for Russia

The former Formula 1 racing commentator Murray Walker once declared, ‘I’m a prophet:– I make predictions which are instantly unfulfilled!” Having considered in the last edition that the prospect of Russian military intervention was relatively unlikely. . . er hum(!) When Sir Walter Raleigh was asked why he did not write the history of his own times, he famously replied, in his Preface to his History of the World,

I know that it will be said by many, that I might have been more pleasing to the reader, if I had written the story of mine own times, having been permitted to draw water as near the well-head as another. To this I answer, that whosoever in writing a modern history, shall follow truth too near the heels, it may haply strike out his teeth.

Time to consult the dentist! To help us get to grips in more detail with the situation in Crimea I would recommend this article by Michael Burleigh as important background reading to what is going on.

For those of you who haven’t time to follow this link up, three things in particular to note from it from it: firstly, Stalin deported a quarter of a million Tatars  from Crimea at the end of the Second World War to Uzbekistan, where a very high proportion met a horrendous end in forced labour camps for supposedly not having resisted the Germans stoutly enough. Khrushchev commented chillingly that the only reason that vast number of Ukrainians did not share the same fate was because there were simply too many of them to do away with in this way.

Secondly, given how deeply so many Tatars have suffered at the hands of ‘Mother Russia,’  it would be a mistake to suppose that all of Russian origin in Crimea feel well disposed towards Putin’s initiative supposedly on their behalf however big the majority in the forthcoming referendum.

Thirdly, Putin clearly revels in his strongman image of being an upfront interventionist, but he is in a sense captive to it: the public have come to expect it of him. This alone has the possibility of goading him to go too far. It is all but inevitable that when someone has been in the amount of power that he has known for fifteen years, that he will come to believe in his own self-image and way of seeing things. Quite apart from the immense risk of hotheads (on either side) escalating a tense situation into something much worse.

The mere breakup of the USSR monolith did not automatically create fifteen neat and righteous states. Many have done well, but Ukraine has unfortunately become a corrupt state. This affects all levels of society and makes reform very difficult. Revolutionary movements have never been easy to control at any time in history but here, largely one suspects for the benefit of the media, there appears to be a ready supply of rent-a-mob crowds eager to cash in for political or ideological reasons to join any public demonstration of dissent and colour its progress. Their appearance and actions acquire greatly exaggerated importance in this television and social-media age.

There is a substantial swathe of Russian speaking people in eastern Ukraine and real fear that Putin will hope to swallow that up too. America now feels safe because of their new source of fossil fuels that they are extracting in ever-increasing quantities by the process of fracking in their less populated districts. Current events are likely to make this a still more attractive proposition in England, despite environmental concerns. But since we have run our nuclear industry down, alternatives to Russian supplies are clearly needed. Putin has shown no respect for people or property and Western investors are scared.

In the recent past the West did nothing to save the provinces of Georgia five years or so ago, and before that seemed quite happy to play along with the idea that the terrible war in Chechnya was a part of the ‘righteous’ reaction after 9/11. There are no easy options here: pray for the Lord’s wisdom and overruling. 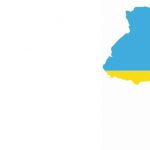 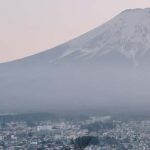