“Hear the word of the Lord, you Gentile nations; declare it in the isles afar off. He who scattered Israel will gather them and will watch over his flock like a shepherd.” (Jer. 31:10)

Linda recently lent me a book called Meet me at the Olive Tree . . fifteen moving stories of how Jewish believers and Christian Arabs in Israel and the wider Middle East are being reconciled through their faith in Yeshua, and are reaching out for Him to both Jews and Gentiles.

May the Lord continue this wonderful work of reconciliation. There are many forces fighting against it.

The Israeli Cabinet recently approved a bill to call Israel the nation-state of the Jewish people. It is understandable that they should wish to emphasise that which is uniquely Jewish but the measure is likely to further strain the nation’s already frayed relationship wiith its significant Palestinian population. (Very few in Nazareth, for instance, speak Hebrew as their first language).

Netanyahu has recently called for yet another round of elections in Israel. He has also recently fired his justice and finance ministers. As a result, the outgoing justice minister,  Ms Livni, has accused Mr Netanyahu of “extremism, provocativeness and paranoia”.

See also the concern raised in this article by the President of Israel.

This comes against the background of the hit and run episodes that have claimed lives in Jerusalem recently and other acts that have greatly increased tension in the city. Pray for the Lord to watch over Israel and to establish all HE intends there – and to modify all plans that are not from Him.

This is Eugene Peterson’s take on the passage we referred to earlier from Jeremiah 31:

Hear this, nations! God’s Message!
Broadcast this all over the world!
Tell them, ‘The One who scattered Israel
will gather them together again.
From now on he’ll keep a careful eye on them,
like a shepherd with his flock.’
I, God, will pay a stiff ransom price for Jacob;
I’ll free him from the grip of the Babylonian bully.
The people will climb up Zion’s slopes shouting with joy,
their faces beaming because of God’s bounty.

Pray for the Lord to be glorified in Israel, and for Him to overrule all plans that are not of Him.

Click here to listen again to the track ‘Jesus, Your name is great’ as an aid to prayer. 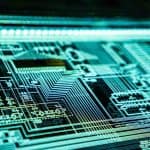 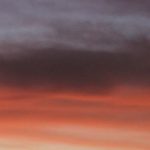 The Red horse is removing peace from the earth: Israel-Gaza update August 2014