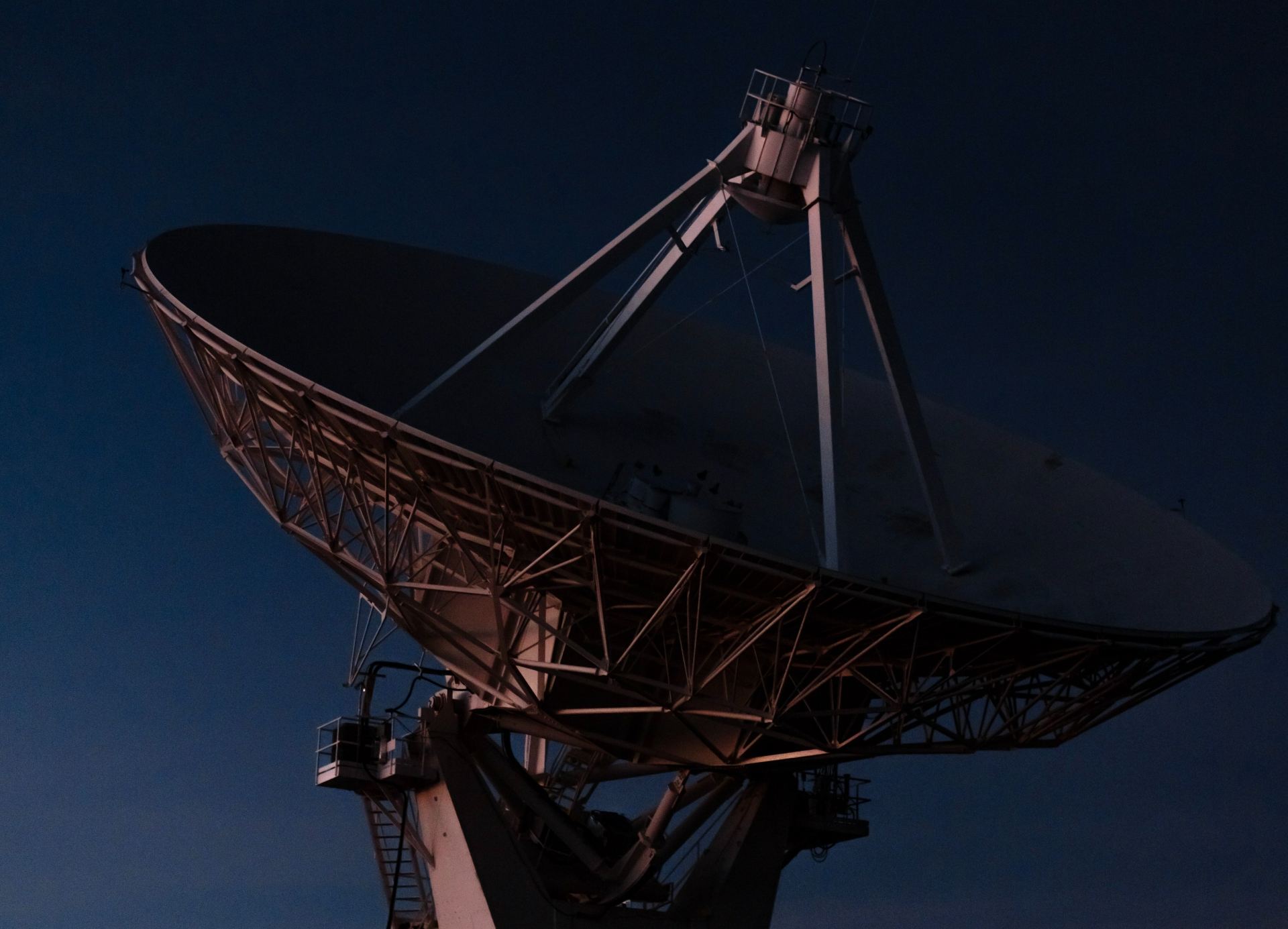 I was in my early twenties when the burden to pray about national about international matters went from head to heart, and I realised that the Lord is concerned with more than just our personal needs, and that His Kingdom is about far more than just Church matters. The Scriptures urge us first of all to pray for all people— for kings and all those in authority, that we may live peaceful and quiet lives in all godliness and holiness. This is good, and pleases God our Saviour, and to care about the welfare of the places where we live. (1 Tim. 2:1-3; Jer. 29:7)

At the same time, “The Most High is sovereign over the kingdoms of men and gives them to anyone He wishes” (Daniel 4:32) – even though these powers often seem to be allowed to wage war as they rule against the holy ones of God, and even, as regards people’s earthly destiny, appear to defeat them. (Dan. 7:21) Yet that which is sown in the spirit will reap an eternal harvest, whilst the power of evil rulers will in due time be stripped from them.

Daniel realised that world empires rule by Heaven’s decree when he ‘overheard’ the specific decrees and judgements that were being issued in the throne room of God. Given the nature of the Babylonian regime he found himself living under, this must have been challenging for him to stomach – just as it is for us as we look around at many of the world ‘empires’ today. He knew, though, that Jeremiah had told the Jews to settle down in their place of exile, and, seemingly without rancour, did so, rising to considerable prominence in the Babylonian kingdom.

Although the king needed Daniel to interpret his dream, Heaven came to Nebuchadnezzar and revealed to him in some detail a whole sequence of empires to come. And Gabriel showed Daniel (and us) that our prayers, even at a national and international level, really are heard and heeded in Heaven. (Dan. 10:12f)

Ezekiel likewise sought the Lord whilst living in Babylon. Towards the end of a chapter in which the Lord has been making a whole sequence of declarations as to what He is going to do in His sovereign might, He adds, “This also I will let the house of Israel ask me to do for them . . .” (Ezek. 36:37 ESV, (to inquire of Me to do). In other words, He was showing Ezekiel that He deliberately ‘makes room’ for His people to seek Him, and takes account of their intercession in His decision-making process.

It is an amazing but entirely appropriate thought that there are ‘staff meetings’ in the Lord’s heavenly council. The Hebrew word – sôdh describes both His council chamber and the counsel that is both given and received there. (See Dan. 7:9-14). All is noted in the courts of the Lord, and all assessed before key decisions are taken which directly affect life on Earth.

The destiny of nations is in the hand of the Lord, who makes kingdoms rise and fall, and who has determined “the allotted periods and the boundaries of their dwelling place” (Acts 17:26) Whether or not rulers own His name, they cannot ultimately escape His will.

How precious it is to be able to rest on, and to trust in, the concept of the sôdh council meeting and the council of His advocates and advisers! Nothing escapes the Lord’s attention, and neither will He sweep anything under the carpet. We, of course, who see matters through a darkened glass, have to be careful when it comes to making decisive statements about particular people and regimes, lest we be carried away with our own hopes, judgements and other and emotions rather than reflecting the Lord’s specific pronouncements.

The word of God is full of ‘suddenly’ moments when the heavenly host move into action – but because we are inclined to measure God by our own sense of time and justice, we often find ourselves ahead or behind what God is actually doing, which is invariably multi-layered, reflecting His long suffering and His great desire that none should perish but rather come to their senses and repent.

Some of the decisions that get ‘passed’ in God’s sôdh are seriously surprising when seen from our own fixed and limited perspective. (1 Kings 22, and 2 Chronicles 18). No wonder those who have been martyred for their faith long for the council to pass sweeping judgements in their favour. (Rev. 6:9-11) The fact that there has been a delay and an extension given concerning many matters does not mean that decisions are not being taken that will have the most far-reaching effect. Empires come and go but the kingdom of God endures for ever. (See Daniel 7).

So, whilst it is hard to witness the cruelty of certain world powers, just as it was for Daniel in Babylon, or Jesus in Roman occupied Israel, of this we can be sure: Heaven is never indifferent but always at work. See Daniel 7 for some of the biblical principles behind this and this prophecy for powerful applications of it as they impact modern ’empires.’

Listening to what is being shared in Heaven

Malvern has a long history as the place where radar was developed, along with many other cutting edge developments, even as far back as the 12th century. (It is a small place with a surprisingly – and often hidden – wide influence!) Out in the countryside, just over a mile from our house, there is an abandoned hut in the middle of a field. During the Second World War it was one of many listening posts where people with headphones sat ‘listening in’ on what was going on in Germany, jotting down both the utterly banal and the occasionally crucial.

We all have at least some awareness of the incredible extent to which advanced electronical eavesdropping is now possible, with GCHQ and AWAC style planes (Airborne Warn and control Systems) being able to tune in at will to what is being said and done anywhere in the world. We certainly have the technical ability to do this now, but whether it is put to good or evil use is down to the regime and the philosophy that lies behind those in control of them. Such issues are set only to become ever more central to civilian as well as military life in the days to come, and cannot fail to affect us all in various ways.

As children of God, however, we are to some extent privileged to permit to ‘eavesdrop’ on what is going on in the heavenly courts. To some are given prophetic giftings: spiritual ‘ears’ to do so directly. (In popular iconography, certain saints were often depicted with a small mouth and a large pair of ears!) We should certainly prick up our ears whenever God speaks in the first person in the Scriptures, for He is revealing much of His heart and ways. May He raise up many with genuine prophetic giftings and understandings that will help to direct and steer His Church.

Although even the New Testament writers and prophets are separated from our generation by millennia, the message they bring is of God’s eternal realities, and it speaks to all times and generations.

We had our children staying with us last week during half term, and had a very precious time, particularly with Ruth, recalling very many of her childhood memories, both apparently random events, and moments that have proved to be formative and life-defining.

I want you to recall the words spoken in the past by the holy prophets and the command given by our Lord and Saviour through your apostles. Above all, you must understand that in the last days scoffers will come, scoffing and following their own evil desires. (2 Pet. 3:1-3)

The verb ‘to recall’ is variously translated in other versions as to ‘remember’, ‘be mindful of’ and to ‘keep in memory. It was precious to recall our days as a young family, but Peter has something far richer in mind. He wants to stimulate his readers to wholesome thinking – even when the thrust of what the Lord is saying is more warning or rebuke than cause for immediate joy.

In any situation the Lord is always at work and has much to say, and it is for us to tune in. How we need to press on into His heart to maintain the sharp clear call of scriptural truths over and above the brazen sound of scoffing that constantly assail us (whether overt or covert) when discussing the realities of God’s leading and involvement in everyday life.

There are times when we have to work hard to find out what the Lord is saying, soaking ourselves in His word and keeping our spiritual ears open. It is good to ask Him what He wants to show us and talk to us about; in other words, to enquire of Him. What better habit can we develop? And then to talk with Him in prayer about those very things.

Yes, Lord, bring in our hearts and to our minds your ancient words to re-root and ground us. Though it will sometimes pierce and challenge us, your words our are our joy and hearts’ desire – just as they were for Jeremiah, but who had to minister in the midst profoundly difficult and discouraging circumstances. (Jer. 15:16) We welcome anything that keeps us away from heeding the siren calls of false prophets, and that helps us to identify with the grief that our many shortcomings cause You, both as individuals and as nations, and that will keep us looking constantly to You. Lead and guide us away from all that defiles and muddies our spiritual vision, and that dulls our hearing.

This would a good time to remind you to dip into my books, The Still Small Voice , available online, (and this section in particular) and likewise Ravens and the Prophet.

Photo by Alec Favale on Unsplash 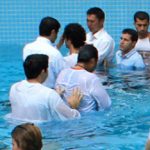 Two memorable events and the memory of a third 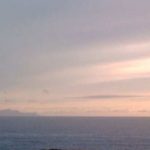