Angela has safely passed to Glory Mum has safely passed to glory
(A testimony by Ros)
Then I heard a voice from heaven saying, “Write: ‘How blessed are the dead who die united with the Lord, from now on!’ ‘Yes,’ says the Spirit, ‘now they may rest from their efforts, for the things they have accomplished follow along with them.’” (Rev. 14:13)

All week last week Francis Cummings was holding this verse in his heart all last week, Precious in the sight of the Lord is the death of His saints (Ps. 116:15) and wondering who it related to.

In Hebrew the term, “fathered you” in Deut 32:18, has the additional nuance of “danced with you!” This reminds one of the Greek word the early church fathers used to illustrate the relationship the Trinity had with itself . . . the Perichoresis, from peri = around, and Choresis = “choreography or Dance”. Can you imagine it, Father, Son, and Holy Spirit, circling around each other in a divine dance – in complete unity . . . !

The mystery that has been revealed in the good news is that God Himself invited mankind, as His highest expression of Himself, created in His image and likeness into that dance with Him. In the Garden we lost our role in the dance but through Christ it has been restored for evermore! God has invited us BACK into the DANCE! (Francois Du Toit, quoted on Godfrey Birtill’s Facebook site)

At the beginning and the end of life the midwife is there . . .
One of the roles midwives have traditionally played in society was not only to go to women’s houses to help them give birth to their babies, but also to go to homes when someone had died to assist in laying out the body. My journey with Angela has been increasingly precious, and began way back in September when I started going to John and Angela’s new home in Malvern to help get her up in the morning, get washed and dressed and gradually assisting with more and more things. This pales into insignificance of course with the ten years that John has spent looking after her day and night.

Watching the gradual decline of all Angela’s abilities to do the simplest of things that we all take for granted has been very sad. Along this road, however, there have been many people who have lovingly supported and helped us. The care we have experienced has been the complete opposite from the investigations of the Francis Report. Angela and indeed all of us have been treated with respect, dignity kindness and thoughtfulness in the process of making her transition to the next world as peaceful as possible.

After her passing, it was so precious to see Mum free of the vice that Alzheimer’s imposes. It is a particularly cruel disease in that it not only takes out the memory of the person suffering from it, but effectively blocks other people’s memories of her too until it is past.

It was awesome to see her on the other side of it, her wrinkles left her, and in the course of the day she ‘de-aged’ before our eyes, looking young and beautiful. The change was so dramatic that it deeply touched the hearts of the staff at the excellent nursing home that Mum spent her last month, who said they had never seen anything like it before.

Even when Angela was in emergency respite care which did leave a very great deal to be desired, John was able to find care and loving fellowship in the local village church. This has resulted in the opportunity for Angela to be buried in a beautiful countryside setting. In due time, John expects to join her there too.

I have felt so exquisitely deeply of having the privilege of being a ‘midwife’ to Angela in these last weeks and particularly these last few days. I spent last Friday evening, the day before she died, sitting holding her hand and reassuring her of my presence. It felt so much like I was holding a woman’s hand in labour, speaking gentle words of hope and encouragement. She was responding to me and I am sure she knew I was there. It was a privilege and an honour to be able to be able to give her all the care she needed in those last few hours. As I was leaving the home I asked the nurses to call us in the night should Angela’s condition deteriorate. I also said that I would love to bathe her for the last time after she had passed away.

I was so deeply asleep, however, at four o’clock on Saturday morning when a nurse rang that I did not hear the telephone ring and when Robert tried (and failed!) to wake me, he realised that the Lord was wanting him to be the one to be go to her.  Robert so appreciated being able to sit with his mum in the last two hours of her life. It felt very right that they were together in this way, just as it had been when she had given birth to Robert unexpectedly quickly in hospital without the presence of a midwife!

The Lord was very close to them both and Robert was able to speak to her and play some beautiful meditations and music from the new Patmos CD and Angela passed quietly into the arms of Jesus just after six in the morning.

Unbeknownst to us, at the same time that Robert was alone with his Mum, Ruth was having a dream in which Robert was standing on the bank of a river.  Mum was in the river, and they were trying to reach each other, but a strong current was bearing Mum away into the ocean of God’s eternal love. Ruth was also reminded of the time when Mum and Dad used to enjoy dancing together. Over the years several people have had an awareness that she will be doing just that in Heaven. Robert also had a dream of Mum dancing the following day.

Shortly after her last breath, Robert came back home and I made my way into the nursing home, listening to the beautiful dawn chorus of birds singing. I was reminded of the many times that I have walked into women’s homes early in the morning just as the sun was rising, to be with them in labour. I had no idea that the day was going to feel as if a birth had happened, rather than a death.

A most sensitive and thoughtful nurse was on night duty and together we gently bathed Angela and changed her clothing. She looked like an English rose. The nurse spoke with such love; tenderness and gentle respect that tears were in both our eyes. As we finished, she said, ‘Doesn’t she look beautiful?’ Despite many weeks of being unable to walk or move very much, she had no pressure sores, broken skin or bruises. Her skin was like ivory and so soft, just like that of a new born baby.

Then I went back to John, who had had a fitful night’s sleep and had not been well enough to be with Angela during the night. We had a tearful time together and then I gently helped him to get ready. When he had recovered a little from the news we returned to the nursing home so that he could spend some final time with her. I suggested bringing in the beautiful collage of pictures that John had made of Angela. In every picture she was smiling. It felt very ‘clean’ grief as John kissed her, stroked her hands and spoke to her.

Later that day Robert and I had a final time together with her. Again, there were tears but they were tears of relief that Angela’s confusion, anxiety and memory loss had all been lifted off her. We were blessed to be able to cry wholesome tears together, with no regrets.  The veil between heaven and earth felt very thin. Something remarkable was happening: all the ten years of the crippling limitations that Alzheimer’s imposes on the human body, and so many of the wrinkles and tensions that being old involves simply lifted off, leaving Mum looking radiantly young and at peace.

The nurses enabled us to have as much time with Angela as we needed, completely uninterrupted for the whole day so similar to the needs of parents when they are grieving for the loss of a baby. I was reminded of the many times where I have taken care of parents whose baby was born ‘sleeping’ and stillborn.

The nurses in the home were deeply touched by God’s presence in the room. I had the most amazingly deep conversation with two Indian nurses that evening, and they were explaining the strongly held beliefs that a daughter-in-law becomes so much part of her husband’s family that she is expected to care for her parents-in-law in their old age. It was humbling that they commented on my commitment to both John and Angela. [Note from Robert: they actually said that that they had never seen in the UK a daughter-in-law as devoted to her mother-in-law as Ros had been!] The Lord’s presence was so close. We have been ‘surprised by joy,’ and Angela has brought blessing to many already in her passing to everlasting life.

I eventually got home late in the evening, having gone back to John to see him safely tucked up in bed. As I walked in through our front door I felt very similar to the many times that I have returned home after a long home birth, my body and mind tired, but deeply at peace. We have a sense of Angela dancing as a child in the Lord’s presence and not only hearing answers to all the questions that she had on this earth about her relationship with the Lord but immediately gaining great wisdom.

I woke the following morning, Sunday, with very much the same sort of feelings as when I did a first postnatal visit to a new mother. When I went to see John, he was understandably, still in his pyjamas and very wobbly. I needed to help him with lots of basic care needs: making sure he had taken his medication, changing his bed, making breakfast and helping him have a bath.

It was a huge blessing that this happened on a Saturday when I was off work, as I was able to give myself so fully to everyone. In a strange way it felt like a ‘red letter’ day, a sense of grateful relief and peace in our hearts that Angela was free at last.

This week is now taken up with all the arrangements that many of you will be familiar with. I am also trekking backwards and forwards to work on the commuter run, which has often been taking well over three and a half hours every day at the moment because of a combination of bad weather and delays to the trains.

We would obviously value prayer for John, in particular, and for all the arrangements we are having to plan and for emotional strength for each day. We pray that the grace of the Lord will shine through everything that happens. May the Lord continue to bring much good out of Angela’s passing.
Much love to you all,
Ros x 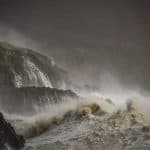