Team Talk Part 3 – A is for Acceptance

Grace is getting [and giving to others] another chance even though you [and they] haven’t earned it or deserved it. (Fritz Ridenour)

You may not have received all that you want, but have you tried thanking God for the things you do have? Whether we are happy or not in life depends to a great extent upon the depths of our gratitude.

One thing scientists have discovered is that often-praised children become more intelligent than often-blamed ones. There is a creative element in praise. (Thomas Dreier)

I have never seen a man who could do real work except under the stimulus of encouragement and enthusiasm and the approval of the people for who he is working. (Charles Schwab)

‘The best way to trust somebody is to trust them.’ (Hemingway)

All of us have known times when someone’s specific acceptance has been a gift to; one that has made all the difference to our morale, and hence to our ability to function. The power of acceptance is such a testimony to the power of encouragement that we are making it the theme of the first A word in this acrostic message: TEAM TALK

The extraordinary forgiveness the Bishop shows to an ex convict who is on parole for stealing the church silver in Victor Hugo’s memorable and redemptive script Les Miserables prove to be the act that leads to a man’s transformation. Hardened criminals and atheists are no different from the rest of us in longing for love and acceptance!

And you, my friends, as you take on a post that that has never existed in your church before, are in a brilliant position to shape it as you wish. It will be your affirmation of people through all their highs and lows that will enable many things to happen.

Many Scriptures remind us to ‘encourage one another’, with Hebrews even telling us to find ways to do so daily. (Hebrews 3:13) May you be empowered to do this in every part of your life – especially during times of extreme difficulty.

Everyone in a leadership position knows what it is to be on the receiving end of people’s lack of encouragement and acceptance. Discouragement is quite possibly the most insidious of all the devil’s many spears of temptation, not least because it doesn’t usually feel like a ‘temptation’ at all at the time so much as a plausible reaction to a particularly difficult situation.

How long should we go on suffering long?
“Many of us crucify ourselves between two thieves – regret for the past and fear of the future.” (Fulton Oursler)

There can be no blanket answers to the eternal question of when we should just go on accepting people and when, of necessity, we should move on from them. It is certainly as well to be aware of the old adage ‘don’t get too close to a bear that is angry or you come under its influence!’

More times than not we are guilty of showing less patience than the Lord,. Occasionally we persevere too long in the hope that things will change, when wisdom would have shown us to adopt another strategy.

The normal principle when one approach has not worked is to try another tack. Remember how the Lord varied His tactics for David in fighting his enemies? Simply repeating failed formulas is likely to be a recipe for disappointment. At the very least serious setbacks should serve as a reminder to check out whether our strategy really is from the Lord.

This is what the Israelites did in Judges 20, from verse 22 onwards, when we read how they suffered a stunning defeat at the hands of the Benjamites, but then encouraged one another, and took up the same position they had taken before. This was not a case of blindly trusting in tactics that had failed – they genuinely sought the Lord to check with Him that they were adopting the right strategy. The Lord confirmed that it was indeed so, and they were successful. May you likewise be so in all you do!

I am always moved that David managed to encourage himself in the Lord at a time when he was facing not only extreme outward loss (his family had been carried away by raiders) but also a revolt by his own men. (1 Samuel 30:6) They were talking of stoning him — a fatre i sincerely hope won’t happen to you! Like Paul he was ‘severely tested’ on many occasions by the plots made against him. (Acts 20:19), but his ability to accept and affirm the Lord’s purposes at such a difficult time is an enormous testimony to David’s ability to adapt to the utterly difficult things that were coming His way.

The Power of Acceptance

Accepting and affirming people has an enabling power to make them become all that they can be. This means knowing how to combine a knowledge of what people may have done with the Lord’s wonderful ability to combine total recall with complete forgetfulness.

No computer could ever begin to match the trillions of recollections the Lord has of all that has ever taken place, and of all that has come from these events. Even the most fractional part of such knowledge would overwhelm any human being, but the Lord ‘chooses’ to forgive and forget so much – and so must we. (Psalm 130:3-4)

That is why in Paul, who was guilty of such great crimes against God’s people, could write ‘I leave the past behind me and press forward towards all You have in store for me.’ (Phil. 3:13)

The power of acceptance is the first step towards gratitude, trust and hence to transformation. Whenever you feel inclined to think the grass would be greener somewhere else, or when you are in danger of falling out with God over something that is going on it is worth bearing in mind one of Jung’s adages: ‘what we resist persists.’

‘Acceptance’ doesn’t mean settling for second best, or losing the impulse to press on for God’s best. It does mean letting go of a whole load of ‘oughteries:’ things we think we ought to be or to be doing, but which the Lord actually hasn’t commanded us to do, or given us the platform or ability to do. Such internal pressures lead only to a ‘hardening of the oughteries!’

Accepting people does not mean that we should need to suspend all discernment – but it will help to keep us from pigeon-holing them in such a way as to put them into a tight mental box, and to treat them as if they will never move on from how they were in the past. To do this without cause is to shackle them to their past, rather as unfortunate medieval prisoners were sometimes shackled to something or someone for the duration of their lives. Whilst we are not to be naive concerning long term tendencies and weaknesses, we are also to remember the enormous power Christ to redeem.

The power of acceptance gives people the inventive incentive to try again – and to wait for the reasons for what has happened to become clearer. Only the Lord knows all that can come from that! I have written in much greater depth on such things in my book ‘Out Front,’ the Craft of Leadership.

Accepting people is a particularly Godlike quality because it reflects His infinite ability to lead people on from where they are, forgetting all that lies behind. May the Lord give us wisdom to know when to just accept something and someone as they are, and to leave any necessary ‘conviction’ to the Lord, and when our awareness that what they are doing is not so much a proper moving on as a burying of issues that really do need addressing means we really do need to say something. Even then, may the acceptance in our heart and eyes help the people concerned not to feel condemned, but able to move forward.

If another believer is overcome by some sin, you who are godly should gently and humbly help that person back onto the right path. But be careful not to fall into the same temptation yourself. Share each other’s burdens, and in this way obey the law of Christ. If you think you are too important to help someone, you are only fooling yourself. (Gal. 6:1-3 NLT)

Here’s a final thought to ponder. The more you find inner peace and acceptance yourself, the easier it will be for others to catch it from you! 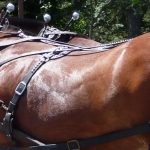 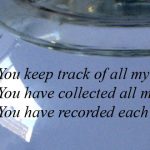 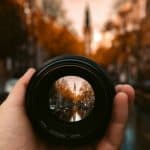 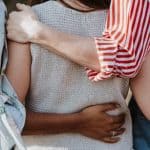