Why we should be concerned about what is happening in Turkey

Serious abuses of human rights were occurring on a regular basis in Turkey, even before this latest clampdown.

It is obvious that President Erdogan is using the failed coup as a Reichstag moment to maximise his opportunity to clamp down in a most authoritarian way against all opposition. The forces impacted by this are enormous.

1) American-Turkish relationships have been severely tested over the last few years. Everyone likes to assume it is easy going alliance stuff – the reality is far more complex.

During the coup 1500 US airmen and their families at Incirlik military airbase were held, commercial power cut off and the airspace closed –in a bid to force President Obama to extradite Muhammed Fethullah Gülen, the alleged leader of the botched coup, from Pennsylvania to Turkey.

2) Even before the attempted coup began, the Lord had led me to set aside a half night of prayer. Right at the outset, He told me to pray for those who would suffer when apprehended. You may well have seen the terrible pictures of this in the papers.

It is unlikely, however, that you will hear much concern about Turkish abuse of human rights in the EU – apart from Erdogan’s refusal to rule out the reinstatement of the death penalty. Why? Because Turkey made a deal with the EU to take back illegal migrants who find their way to Greece. The EU needs Turkey to carry on hosting millions of migrants (2.75million from Syria alone) and Turkey therefore has the EU over a barrel. But with Erdogan promoting the cause of Islam so vigorously, how committed is it to the fight against ISIL? Pray into this seriously unstable situation. See How will Turkey’s attempted coup affect the EU’s refugee crisis. And Turkey’s response to the coup could herald a permanent break

3) Russia, Syria and the region

The EU is also unlikely to be too critical of anything Turkey does because NATO needs Turkey as a strong buffer against both Russia and ISIS. There is real cause for concern in the instability this will bring to the region. The Turkish army is huge, the second largest ground force in NATO, vastly bigger than any other nation apart from the US. But with Erdogan promoting Islam vigorously how committed is it to the fight against ISIL?  Pray into this seriously unstable situation.

4) There was much in the response to this coup that appears to have been planned in advance.

There is no way at all that 3,000 judges could summarily have been removed from their post without detailed planning beforehand. So far, more than 50,000 people have been detained, fired or suspended from their jobs, and 1,577 university deans have been requested to resign. Perhaps you know what it is to be unexpectedly removed from your post, and the impact that such a shock can have on your family. Imagine how many people are suffering in the wake of this purge.

One thing is clear in the fallout from this coup: it is massively strengthening President Erdogan’s hold on power and over every section of society.

Turkey is not an easy place to reach with the gospel. Some sources claim 98% of the nation have never heard the gospel.

Let’s be under no illusions about the Islamicising tendencies of Recep Tayyip Erdogan. These were his words as long ago as 1998: “The mosques are our barracks, the domes our helmets, the minarets our bayonets and the faithful our soldiers…”

He has dramatically expanded the nation’s Ministry of Religious Affairs to 120,000 employees. Its budget of two billion Euros is equal to 12 other national ministries combined. By constructing numerous mosques on five continents, including cultural centres eager to win converts and promote Turkey as a leading Islamic power, Erdogan has been using this department to export Turkey’s favoured brand of Islam.

Tourism is a major source of income for Turkey. However, due to the diplomatic row with Russia and recent terrorist acts, the country has seen a dramatic decline in the number of foreign visitors. Revenue losses of $15 billion are expected for this year alone.

Pray for the thousands of people who are now unemployed because of this. Remember too the tens of thousands of ex pats who now live in Turkey.

President Erdogan recently sent Russian President Putin a letter expressing sorrow and regret for Turkey’s 2015 downing of a Russian fighter and the resulting deaths of a Russian pilots. This action brought heavy trade and travel sanctions from Moscow, and Putin said that former ties would not be restored until Turkey officially apologized and paid compensation. In the wake of the Turkish president’s apology, President Putin immediately ordered talks to re-establish ties between the two nations.

And now you know what is holding him (the man of lawlessness) back, so that he may be revealed at the proper time. (2 Thess. 2:6)

Whilst we would not necessarily agree with the authors’ claim concerning Turkey in their opening statements about a national antichrist, there is some extremely interesting and important information in this lengthy article, which makes it well worth following up.

It is great to share matters big and small with you. May the Lord lead you mightily as you continue to seek Him. There are certainly new opportunities emerging now that as a result of the shaking that is going on. Let`s continue to pray that the Lord will use what is now transpiring to prepare the way for a greater outpouring of the Holy Spirit. Already, we have been hearing most encouraging reports from Reading in Berkshire, where significant numbers have been coming to Christ in recent weeks under the leadership of Yinka Oyekan at The Gate Church.

Following the police shootings in America, the tragic carnage in Nice and on the German train, and the convulsions affecting Turkey, however, it also feels as though there has been a significant shift in the spiritual realm. Lawlessness is once again increasing exponentially as the powers of darkness stoke fires of racial and ethnic tension. In America at least, these threaten to fulfil David Wilkerson’s prophecies of urban conflagration.

We can certainly be grateful for the swiftness with which the Lord has restored the political leadership in our own country. Christianity clearly matters to our new Prime Minister. May the Lord watch over Theresa, her, not least with regard to her health. She is the first Type 1 diabetic ever to hold highest office anywhere in the world so far as we know!

Various people have written to point out areas of her ‘belief system’ that they are not happy with; but it is surely worth reflecting that we can hardly expect the person who is appointed commander in chief of the nation to also have all the attributes of a pastor in chief. At the same time it would be wise to pray that she will quickly understand the full implications of Sharia Law which she has apparently described as “beneficial” in this country. 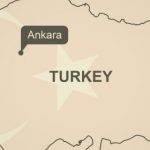