The Promises of God Part 2

This is the second part in our short series on the Promises of God from the conclusion of the Lord Jesus’ messages to the seven churches in Revelation.

My great uncle, Frank Weston wrote the greater part of these brief meditations nearly a hundred years ago, although I have added various linking and additional passages. We hope you will find the combination of words and music powerful. Linda Entwistle wrote the music: “Blessed are the poor.”

UNDER THE SHADOW OF HIS WINGS
The Promises of God Part Two
Because we’re in the heart of Jesus,there is a profound unity between what we are now and how we shall be in our eternal state. On earth we often find ourselves caught up in the warfare that is raging, with all its challenges and tribulations, but beyond this narrow veil we shall experience the joy of being crowned with a quality of happiness we can only experience on earth in very short bursts.

We’ve got a long way to go before we’re crowned victor, but already the power of Jesus is in our hearts – and that’s quite enough to overcome sin and self and Satan. To earn the crown we must learn to stand in the midst of the battle. Right at the outset of his ministry, the Lord showed St Paul all the sufferings that would come battering against him, but Paul found ways to redeem one evil situation after another by seeing in each trial the opportunity to seek the Lord and find him turning dark and forbidding situations around. It’s no wonder he declared that all things are working together for good for those who love the Lord.

I want to call upon the name of Jesus and lay hold of God’s power, just as Paul did, refusing to go under when I am tempted and assailed, because His power can bring about the victory, no matter how great the forces that are arrayed against us.

“The victory He promises is so wonderful that it makes the struggle entirely worthwhile. If the pressures increase, as they often do, it may well be because we are stripping the kingdom of darkness of its spoils. If the pressure grows less, then it’s usually because one of two things is happening: we’ve either grown spiritually lax and no longer pose any significant threat to the enemy, or it’s because we’ve learnt to grasp more fully the concept of dwelling under the shadow of His wing: He with us and we in Him.”

That’s why we need the wisdom of others as well as the gift of discernment to help us tell the difference. But, in the light of the crown that is waiting for us, we will surely want to repent for all the times when we fail to trust Him. Each lost opportunity may not seem very serious in itself, but those to whom much is given, much is also required. We miss out on so much because our attitude is wrong, or because we do not pay sufficient attention to Jesus’ leading!

Let’s ask the Lord now for more of this fruit of the Tree of Life – and at the same time bring Him any specific situations that are making us feel overwhelmed and weary. Rather than sweeping them under the carpet and running away from them, let’s resolve to see in each one of them a fresh opportunity to unite ourselves still more fully with the Lord Jesus. Every time we align our wills with His in this way, it makes His heart happy and His work that much easier. Don’t forget how hard His work is as He toils to draw people to Himself.

But before bringing Him those situations, let me draw your attention to the start of chapter four where John was invited to come up higher through a door that stood open into Heaven. We too can get into the habit of practising looking up to the throne of God, let’s say for thirty seconds or so before plunging further into prayer or back into our daily pursuits. It’s amazing how much God can accomplish in those thirty seconds. Let’s practise it!

Know for a fact that Jesus, the glorious conquering King on His throne, who orders the whole of creation, and who sustains all things by His mighty power, loves you with a love that is unique to you, and which is just that little bit different from the love He bears for anyone else. That is such an amazing thought and it is neither imagination nor sentiment: we are promised a place in His Kingdom and His glory – and it is precisely because we’re prepared to share in both the power of His resurrection and in the fellowship of His sufferings, that we are destined to reign with Him for all eternity. That’s why we can do far more than simply bring our difficulties to Him – we can speak to these mountains in His name.
Rather than being afraid of dark nights and difficult experiences, let’s lift these things to Him together, and release His power into them.

I WILL GIVE YOU TO EAT FROM THE  TREE OF LIFE
The Promises of God Part 1
From daily life to Paradise, we’ve got a treat in store in these codas to the Patmos series.We’re going to be meditating on the powerful promises that the Lord Jesus gave John at the conclusion of His messages to the seven locaL churches, concerning at least some of the blessings that are awaiting those who overcome, in Paradise.

He who has an ear, let him hear what the Spirit says to the churches. To the one who conquers I will grant to eat of the tree of life, which is in the paradise of God. (Rev. 2:7)

Jesus promised the penitent thief that he would be with Him in Paradise on the very day of their deaths. (Luke 23:43) It’s God’s own garden, a place of flower strewn meadows, attended all manner of delightful creatures as well as the souls of those justified and made beautiful by Christ. If the hope of Paradise doesn’t feature very high in our daily thinking could it perhaps be that we are a little too taken up by the things of this world? Wherever Christians experience real poverty and persecution – and that takes in a very high percentage of the world’s believers – the hope of Paradise burns a great deal brighter in their hopes. Even now plans are surely being made in the courts of Heaven for the great moment when Christ returns to earth in the company of His saints, when the dwelling place of God will be with man’ (Revelation 21:3) — and this time there will be no serpent – he’s long since been excluded. Even now we are told that Wisdom is a tree of life to those who take hold of her. (Pvbs 3:18) When we have continual access to the Tree of Life in the midst of the Paradise of God, however, all the wisdom that comes from it will also flow through us. No wonder Jesus tells us to lay hold of His promise that He will give the crown of life to those who remain faithful through all threats and dangers. (Revelation 2:10-11) Let’s face it, if we had nothing to overcome in order to get to Paradise, and there were no dark forces to contend with, what would we know of God’s grace in helping us to stand firm against all the physical, emotional and doctrinal assaults that the powers of darkness stir up against us? Let’s take a moment now to let His inspiration come on us firstly as to what it may mean for us to eat from the tree of life, and then to ponder how He uses even these assaults to spur us on to yet greater fruitfulness for Him so that He can place His crown on our heads. 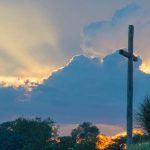 The Return of Jesus 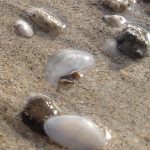 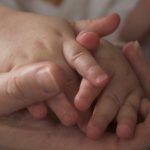 Promises of God Part 3 – Manna: The Food of Travellers

Promises of God Part One