God is still protecting us

The grace of God has kept us so far from more episodes such as Woolwich  . . .

With so many radicalised jihadists scattered around Western Europe, perhaps the real miracle is how few such events there have been, – and how few, relatively speaking, have succeeded in taking life. As I hinted in the prayer, the grace of God has been far more active than most of us have realised. May He even bring many wonderful things to birth out of this seriously evil episode.

For an overview of the major terrorist episodes the UK has experienced in recent years: terrorist episodes, including the summer of 2005 when four attempted bombs did not detonate on the London transport system: London bombings.

I remember Ros being clearly led to pray that should any bombs be left on public transport at that time that they would not go off.

In June 2007, when two car bombs were miraculously discovered and disabled before they exploded and then a day later how the damage caused by the jeeps driven into Glasgow airport was limited and no lives were lost.

May 1, 2010, when a bomb was ignited in Time Square, New York, but failed to go off due to the watchfulness of two street vendors.

Taken in conjunction with such episodes as various foiled or failed attempts on aeroplanes these are exceptional deliverances and wonderful examples of the grace of God.

Al Qaeda’s strategy now appears to encourage small scale individual episodes, which are infinitely harder to anticipate. We cannot afford to take such deliverances for granted, but we can pray for the Lord’s preventative grace to continue to protect from the deadly machinations being hatched by the plethora of radicalised terrorists who are now embedded throughout Western society. 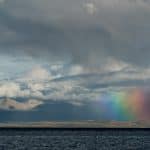 Into Your Hands: Praying for people in distress