You will be aware of the the intense scrutiny the Catholic Church is under at the moment over the matter of clerical abuse. Praise God for every long overdue and positive forward step that is being taken in that direction. With all that is going on (or not going on!) with the Brexit negotiations, you may perhaps have missed the ‘small print’ details of the Pope’s recent joint declaration of fraternity that was very publicly signed with the grand imam of al-Azhar in the UAE in front of a global audience of religious leaders from Christianity, Islam, Judaism and other faiths. As we will see, however, the main concern I would like us to pray into here is a theological one.

There is no problem with the Pope’s call for peace between nations, religions and races, and the insistence that “religions must never incite war, hateful attitudes, hostility and extremism, nor incite violence or the shedding of blood.” But whilst most reports focused on the Pope celebrating a hugely well attended mass in Arab territory, other factors present were more disturbing. For a start there is the fact, although the UAE is setting itself up as a ‘centre for religious diversity,’ it remains unrelentingly quick to clamp down on any public manifestation of Christianity with regard to its own people. My main concern, however, is the theology implicit in the declaration, because it spoke of it being God’s will that there be a diversity of religions on earth.

What then of missionary endeavour and the whole history of the Church? Predictably there was no hint in the declaration of anything that promotes the uniqueness of Jesus. Effectively, therefore, it ‘airbrushes’ the consistent teaching of the New Testament that “there is salvation in no one else – and no other name under Heaven given among men by which we must be saved.” (Acts 4:12)

Why Syncretism poses peril to the Church


Most people reading this blog will be aware of eschatological expectations of a ‘one world religion’ in place in the end times. The following material – largely drawn from Ravens and the Prophet – highlights something that the Lord is particularly concerned about: the presentation of other gods as being equal to Himself, and the assumption that all religions are fundamentally the same.

I once met a man who had just heard his first word from the Lord. Quite literally, it was just one word: ‘syncretism.’ Amazingly, I met a teacher some time later who had precisely the same experience. Both had been startled to hear the Lord speaking to them so clearly – and both had been obliged to reach for a dictionary to find out what the word meant!

Syncretism is the attempt to blend elements of different faiths together under one banner. As such, this seemingly beneficial but man-made initiative actually represents a direct challenge to the heart of the Bible’s message that we are to love the Lord our God, and Him alone, with all of our hearts, – along with Jesus’ own declaration that He alone is the way, the truth and the life. (John 14:6)

Never for one moment did Jesus imply, let alone declare, that simply being sincere in what one believes is sufficient to procure our salvation. Instead He declares that without faith it is impossible to please Him (Heb. 11:6, cf John 10:8). This is not the language of one who believes that all approaches to life are equal in God’s sight.

Here is a simple, if rather absurd, analogy to help us to see how mistaken it is to assume that we can tack on bits of other religions to our own, without doing harm to the whole. Suppose a man were to go to his local railway station to find out which trains go to Glasgow. He is surprised but delighted when the ticket office assures him that every train goes there. Imagine his discomfiture a few minutes later when he discovers that he is on a non-stop express to London! All trains do not head in the same direction.

To put that in more theological terms: how can God be at one and the same time impersonal and distant (as in the huge pantheon of Hindu gods), there be one God but no Son (as in Islam), and personal and knowable through Jesus as in the Christian faith? These are fundamental incompatibilities that, in neither logic nor Spirit cannot all be true. All attempts to blend and ‘merge’ faiths along those lines invariably end up taking away from the heart of the gospel, just as all cults either add their own doctrines to and beyond Christ’s teaching, or else they subtract from it. We can basically define them, therefore, as falling into two camps: Christ plus – or Christ minus.

Unlike certain New Age and Hindu doctrines, the boundaries of God’s love are clearly delineated. Because Jesus sees matters from God’s viewpoint, how can He pretend that what is fundamentally displeasing to God can possibly be safe and right for us to trust in? Indeed, virtually every epistle in the New Testament takes pains to address such false teaching. The apostle John, for example, wrote his epistles not only to instruct and reassure young believers but to warn against the creeping incursion of Gnostic ideas into the Church.

Rather than acquiescing meekly with the spread of syncretistic beliefs, therefore, it is vital that we in the Church takes a clear stand. We rejoice not that every way leads to God, but rather that there is a way that leads to Him – and that He has made it possible for anyone from every possible background to find and walk in it!

John 14:6, the verse I referred to earlier, is effectively a vital litmus test for the Church. It is deeply concerning how many believers – and many leaders amongst them, actually do not believe, when push to comes to shove, that Jesus is the only way, truth and life – and that no one comes to the Father except by Him. But it is Jesus Himself who declares this to be the case!

To return to the declaration that the Pope has signed . . . many Catholic voices have already been raised to express concern.(1) The greatest danger lies not so much in one pope saying or doing one thing, but rather in this being perceived to be the accepted Church policy. May the Lord raise up wise and prophetic voices to lead the Church in affirming and upholding the uniqueness of who Jesus really is.

1) Some of you might be interested to look at these Catholic articles to understand how at odds the Pope’s stance is with the core belief of the Christian faith. Article one, article two and article three. 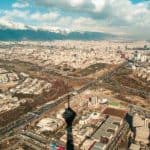 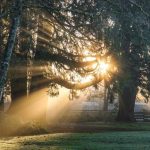 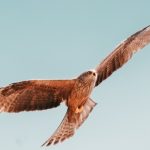 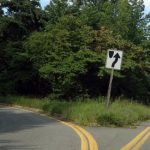 For those at a Crossroads