After shocks can often be as deadly and as dangerous as the original quake. Nepal has now suffered another such. In addition to the material we sent out about this mountain kingdom last week we thought you might find this background material by Nava Raj Panta, the editor of the Nepal Herald, helpful.

“Nepal is a blessed country in terms of its unique geography with the Himalayas and Mt. Everest – the “top of the world.” We thank the Lord for His creation of this mountain so that the Himalayan people may receive the highest rain of blessing. But the people of Nepal are still living in a high degree of darkness.

The Gospel entered Nepal in the seventeenth century, and in the eighteenth century there were a few Christians and eighty-five missionaries. But Nepal restricted foreigners during 1850 to 1950, and believers were expelled from the country. During that era, Nepal was a land empty of the Holy Spirit and full of darkness.

The period from 1950 to 1990 was a time of persecution for the few thousand Christians, and during the decade of the 1990’s, there was religious freedom and about 300,000 believers. In 2008, Nepal converted to a secular state, and during the period of 2000 to 2012, the number of Christians increased to more than two million believers with more than ten thousand churches. We are praying for ten million believers in Nepal by 2020, and for ten thousand Nepalese missionaries to go to neighboring countries. At this time Nepal is in need of a large mission investment from the world.

There are approximately 500 churches operating in Kathmandu alone (the capital city), and the number of churches has grown in Dhading and in the Chitwan district as well. There are three Bible Colleges with Master of Divinity courses, sixteen with Bachelor of Theology courses, and approximately fifty Bible Training Centers for Pastors.

In light of the high price of oil, and the economic situation, the living conditions of normal life grow more difficult day by day. (This was written before the quake). Nepalese are rich in languages including Nepali, English and Hindi. About three million Nepalese are residing abroad, and India has approximately eight million ethnic Nepalese, and Myanmar has about one half million. Many Nepalese are seeking God.”

Source: Herald of His Coming

To help us pray into this seemingly overwhelming situation, we have provided this link to a beautiful beautiful Taize chant, Dona Pacem Domine, Grant peace Lord for the people of Nepal, and for all who are in danger in the aftermath of disaster.

Sharing the Gospel in a Hindu stronghold 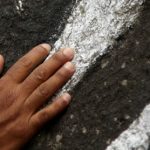