Two themes have inspired me to write this article: firstly, that the Lord encouraged – (challenged would not be too strong a word for it!) – to let Him seek out my own prejudices – and the other is that I have just spent much of the past weekend praying for Ireland in the light of the papal visit.

It may be no coincidence that this theme of prejudice has been ‘buzzing’ away in me at this time when Ireland has been so much in the news; and this at a time when it is so important that past prejudices do not dominate future developments in that country.

This has been a major time of uncovering for Ireland, when the results of the deeply held prejudices are being brought out into the open: for example in the infamous Magdalen Laundry homes, and the cruel sanctions imposed on unmarried, in the homes for unmarried mothers when they were separated from their babies.

Last Saturday night, over 80,000 people gathered in Croker Park, Dublin, for a Festival of Families, with testimonies from around the world. That is a beautiful thought for approaching the darker aspects of Ireland that have been to the fore in the last few days in many people’s thoughts and prayer. On the next day nearly 140,000 people (dramatically fewer than anticipated) gathered in Phoenix Park. I was relieved when the Pope confessed the specific issues that survivors of abuse had asked him to address. The fact that he prayed in Spanish, whereas he spoke either in Italian or English for the rest of the weekend, and that he appeared to be speaking from handwritten notes, made me think he must have written this at the last minute, and not wanted to trust himself to speaking in a foreign language to address such an pivotal matter.

It also felt significant that the service was being held in Phoenix Park – a name which refers not to the mythical bird that is said to die in a great display of flames and then to rise again from the ashes of its predecessor, but whose name derives rather rather from the Irish ‘fionn uisce: ‘clear water.’ Isn’t that a precious association?

For those of us who were brought up in caring environments may struggle to grasp the devastating sterility forced on so many in institutionalised settings. The Baby Laundry for Unmarried Mothers (Angela Patrick, pub. Simon &Schuster), for example, describes this complete lack of love so many young women were shown in Essex (as in so many other places). It reminded me of the grim world portrayed in The Magdalene Sisters – an atmosphere so devoid of compassion as to be deeply sadistic.

The utter contempt with which people viewed unmarried young women having babies out of wedlock, and not so long ago. The harrowing traumas of being obliged to atone for their moral sin by hard work, the utter grief and ignominy of having to hand over the fruit of their womb, the secrecy that was imposed upon them . . . the utter jumble of emotions, the chaotic ricochet of effects upon short or long term relationships – the intense danger of people exposed to a veneer of religion without the love that makes it real in God’s sight – how can such things not run the extreme risk of vaccinating people against the true gift that Jesus is offering them?

This window into this penitential system which some 30,000 young women are thought to have been obliged to pass through in Ireland alone represent snap shots into a world that for most people today may be nothing but a slice of social history (rather much as the true stories are that undergird the splendid recreation of East End in the 1950s and ‘60s in the immensely popular BBC series Call the Midwife.

When we are seeking to throw off widely held prejudices, the spiritual battle can be intense. After all, the Propaganda Department of Hell has been to great lengths to see and nurture these prejudices, and are loathe to see them lightly thrown over. Praise God for those who are willing to get involved in seeking to address and redress past abuses.

I thought the speech given by the Taoiseach, the Irish Prime Minister, was a model of balance: ‘gracious but grave, honest without being confrontational’ as the Irish Times put it, in which he deeply recognised Ireland’s honourable Christian past, whilst rightly addressing the dark aspects.

I would also highly commend the profound apology that Enda Kenny, who was Leo Varadkar’s predecessor, made in the Irish Dáil concerning the Magdalen Laundries. This link takes you to the report in the Dáil Éireann Debate of Tuesday, 19 Feb 2013 – which is the equivalent of Hansard, frankly acknowledging the guilt of the State as well as the Church’s with respect of the infamous Magdalene Laundries.  On balance, the church has been less forthcoming. One senior Vatican figure urged caution, ‘because of the risk of treading on our own long dragon trail’ – in other words, because so many have been caught up in the covering up of abuse at one level or another.

The profound issue for Ireland now is how this redemption will be worked out – not least at this time when the church is notably at risk of becoming a ‘greying’ organisation, with only a tiny handful of people offering themselves as trainee priests.

History offers us some encouraging recent stories deeply held prejudices being overthrown. I always remember hearing President Botha of South Africa declaring that apartheid was a God-given system. Praise God that it was finally dismantled – much as the deep hostility of the Roman Emperors against the faith was finally overcome. There are many voices being raised to try to convince the Chinese leadership today that they have nothing to fear from the Christian church, but rather much to gain by be working together with it, rather than opposing and persecuting it.

Deeply held traditions often need to challenged – whilst at the same time taking care not to throw precious babies out with the bathwater. Many contain truth that simply needs refining and ‘straightening out’ rather than just dismissing out of hand. New is not always best. It is when true points are pushed to excess that they become distorted, even to the point of being heretical . . . at which point everything becomes far too ‘tight fitting’ . . .

May the Lord hear the cries of those who have suffered abuse in various kinds, and yet bring about redemption on both a personal and wider scale, rather than there be a wholesale throwing off of all that is good and wholesome and wonderful in knowing and serving Christ. 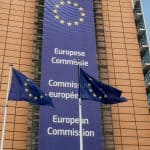 The renewed consequences of Brexit and increasing tension across Europe