Prejudices and abuse are not confined to institutions, and certainly not to any one religion, denomination or political stance.

When Ros and I travelled around Pakistan in the 1980’s we were saddened by the suffering of the large number of ‘bonded labourers’ (effectively modern day slaves) who were ‘employed’ in making bricks, but who can never escape their indebtedness to their employers.

See the important work that Barnabas Fund is doing in combatting this, together with an opportunity to contribute towards helping to ransom such a worker.

Many are becoming aware that nail bars in our own country are being used as a front for slavery on our high street door steps. It is only very recently that the first criminal convictions have been made in this respect.

Pray for help, human and divine, to reach and release such indebted ones in Pakistan, and wherever people suffer such distress – including modern day slavery right here on our back doorsteps. (Try Googling that phrase ‘modern day slavery’).

Let the Lord lead you to pray for those caught up in situations equally as grievous as the Magdalen laundries. Remember, for example, the millions who have fled Venezuela in recent weeks, months and years. There is a migrant crisis across Latin America on a scale that is comparable to that faced recently in Mediterranean countries. And for those who remain behind; Alex Crawford has been showing some devastating reports of hospitals in which there are no longer any medicines – and where doctors earn five million bolivar a month – but where a box of eggs costs four million. It is truly heart-breaking.

See also this BBC report regarding the origins of the crisis.

and Misery of Mothers fleeing with young babies amid the collapse of the country.

Equally needy are the desperate conditions in the refugee camp in Lesbos. This was designed as a short term holding centre for 2,000 but 8,000 increasingly desperate people are being held there, quite possibly on a long term basis. It has been described as the worst camp on the planet. 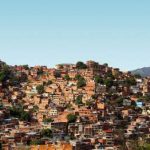 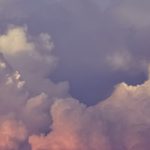