Praying for the heart of France

There have been many significant infernos in recent years, but few more eye-catching than the sight of France’s most best known edifice and symbol in flames. When the fire broke out in Notre Dame, Linda Entwistle, Tréva Solanki and Linda Clifford Hayes were amongst those who contributed the following thoughts and reminders, beginning with Linda Entwistle.

“In 1793 Notre Dame became a temple dedicated to the cult of Reason. The leaders of the Revolution used it as a warehouse for their wines! Not surprisingly it fell into terrible decline. In 1831 Victor Hugo was involved in a renovation project – but it only went so far . . . Even since then, there have been lots of attempts to renovate the building, but the heart of its original purpose had been stolen from it, even though countless godly people have prayed in it since then.

The problem is, that, to the best of my knowledge anyway, was never really re-dedicated to God. It reminds me of the Temple in Jerusalem which soon lost its original splendour in Solomon’s day. This would be a good time to pray that the church be dedicated to God, as opposed to being just a cultural masterpiece, in order to reclaim its best and highest original purpose! This is a story still waiting to be written . . .”

“The thing about the Jerusalem Temple is that we are now living temples for the glory of God because of Christ in us – whereas with these beautiful ancient buildings, even though they were dedicated to God in some way, they were also symbols of human might and power (just as religious power so often is now) and the craftsmen were no doubt employed and exploited to that end . . . This is a finely nuanced but important distinction.

I was challenged this morning by how we grieve for this tragedy, yet somehow become immune to human suffering, which perhaps illustrates the difference between being a temple of the living God as opposed to a god/’God’ of our own making. Let’s pray that the rebuilding of N-D is not solely by human strength and for human glory alone . . .”

Otherwise, like Grenfell Tower inferno, what we see is more to do with the effect of Mammon at the expense of humanity. And what about the significant destruction of historical and beautiful edifices further away from home, such as in the Middle East as a result of ISIS destruction at the hands of Isis. Do we feel as passionately about them?”

“People often turn ‘Temples’ into ‘substitutes’ – that is we put God (or rather the god of our own making) into temples because we can’t cope with the idea of Him living in us and alongside us, but prefer to keep Him at a distance. This has so often been the story of Christendom. God said, ‘I never asked for a house, did I?’ But the temple was always meant to be a metaphor for our human capacity to embrace Christ. So let’s pray that the restoration of Notre Dame would be a positive means of focussing exercise in restoring many French people in terms of a heart connection with God.” 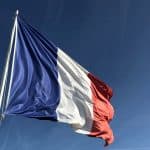