Music from Prisoners of Hope

There’s a long standing tradition that John was not on his own on the island of Patmos but that a man named Procurus voluntarily chose to accompany him; and that he was the man who wrote down the experiences that John had as he dictated them to him. And then later, after John’s release, passed them round the churches. Procurus is mentioned in Acts as one of the deacons who was full of the Spirit and wisdom.

Now it is only recently that I have discovered that there were two separate classes of prisoners on Patmos. Firstly there were the common criminals who were very badly treated. They were shackled and closely watched and forced to do hard labour. But there were also political prisoners who had fallen foul of the authorities and who were sent there to get them out of harm’s way. And within limits these people had a good deal of freedom around the island. That’s how John came not to be working down the salt or granite mines that people have spoken of through the centuries, but of which archealogical evidence in fact has no evidence. Instead John chose a small cave as his dwelling place. It’s a place that is venerated on the island to this day and it enjoys beautiful views over the sea. And that for something like 18 months was his home. Who says that you can’t have any influence when you are tucked away out of sight. Just look what God did. But there was real suffering for him.

We have seen that he has said that he was our companion in suffering. Now Jesus said in John 16:33 that we would have trouble and tribulation in this world and the word he used in Greek is thlipsis. it describes the extreme pressure that afflicts Christians in this world and it derives from the idea of a crushing weight that is permanently over someone, trapping and pinning them down, threatening to crush the life out of them. The sheer number of times that this word occurs in the New Testament is a pointer to the fact that it is considered normal in Christianity. The wonder is how the early church continued to grow despite wave after wave of intense thlipsis persecution and how it continues to do the same in places like Iran today.

If you are experiencing this thlipsis level of pressure it is so important not to forget the wonderful times you have had with the Lord. All those special times when his presence has been close and his Spirit has been leading so beautifully. 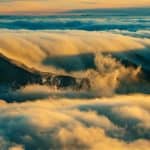 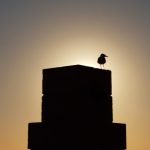 You’re my Song in the Night 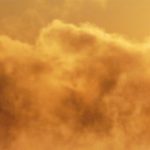 Continuity with generations past 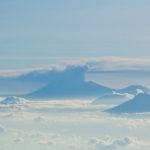 The Constancy of God in the midst of uncertainty