On the Wider Front – A Summary of Pointers for Prayer

Some of the Complexities involved in bombing Syria

A friend of mine is strongly aware that what happened in Paris has had the effect of releasing a spirit of militancy across much of the world. Russia in Syria; France lurching to the far right in its regional elections, the comments of  Donald Trump Donald-Trump-responds-to-criticism-over-banning-muslims-from-US and David Cameron’s unrepentant outburst against any who oppose the bombing campaign. e.g. David-Cameron-calls-Jeremy-Corbyn-a-terrorist-sympathiser-for-opposing-Syria-air-strikes

What a difficult job politicians had as they debated the Syrian question! One misplaced bomb can so easily turn the people in a region completely against the Allies, as has happened in Helmand Province, Afghanistan, a country where ISIL have apparently invaded and taken over the eastern province in the past few weeks.

I must admit I couldn’t help wondering (perhaps rather cynically!) whether the coalition did not “leave” a convenient oil field for the RAF to blow up on their first night in action as an easy target to make an impressive headline catching statement. There is nothing easy about any of the options. Try searching in Google, for instance, for the words Isil + bombing + trap + Syria + The Independent.

See also this article by a former hostage of ISIL who explains the extreme worldview of ISIL (very much along the lines we set out in the last edition), and warns that the winner of this war will not be the party that has the newest, the most expensive or the most sophisticated weaponry, but the party that manages to win people over. Nicolas-Henin-the-man-who-was-held-captive-by-isis-for-10-months-says-how-they-can-be-defeated

Since truth is always the first casualty when war is in the offing, pray for informed and reasoned debate and for wise responses from the nations of the world: for France as it completes its regional voting this coming Sunday, for America’s leadership, the EU generally, and the risky situation with Russia, where further miscalculations could so easily lead to fresh accidents and escalation as a result of the massed numbers of fighter aircraft above Syria. See this article from the New York Times over precisely one such episode.

The “emptying of Syria” continues to cause immense suffering for would be migrants in Greece and elsewhere, and much heart searching in the EU. Countries such as Norway are now paying asylum seekers to go back home
again.

As Brian Mills reminds us,

As we ponder all this, it is vital that we pray for peace, and not war. Behind what we see happening it is clear that there is a greater power at work than that of merely human alliances. Satan is orchestrating things through various networks to try and frustrate God’s purposes on this planet. He is doing this at a global level, as well as regionally. He has always worked through false religions and false worship to replace the worship of the one true God.

But it is not only through the religious systems of Islam, Hinduism, Buddhism and many others that he works, but also through the one that Western peoples have placed their faith in – secular humanism . . . We see the radicalisation of the youth and the exposure of them to extreme violence and trafficking as Satan’s attempt to oppose God’s plans.

I’m sure I am not alone in wondering if the present bout of environmental crises are not a timely reminder to world leaders at the Paris Climate Conference? First came the terrible floods in Chennai, as well as the terrible storm in Norway, not to mention the floods in Cumbria, along with the air pollution crisis that has more or less paralysed Beijing. Beijing-smog, red-alert-issued, schools-and-businesses-to-completely-shut-down.

At this late stage, pray for world leaders in Paris to have the courage to make wise and far reaching decisions.

Following the recent elections, it feels promising that change is coming to Venezuela, a country where there has been much unrest and poverty, but where God is also working deeply.

See these articles as an encouragement to remember Venezuela in prayer. 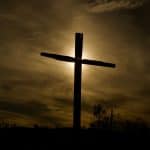 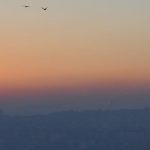