Isn’t it wonderful that God doesn’t need us to be work perfectly whole or complete to work through us? Since He is quite prepared to work even through our brokenness and fragmentation we are moving on now to the theme of how we can offer the stream of issues, many of them highly fragmentary, that are borne our way on the river of life. The very word “fragments” implies something that is incomplete – broken even – and we are concerned here to see how we can bring life into those times and issues where we are feeling acutely in need of the Lord’s help.

So often when people give testimony in church it is when they have come through and out the far side of a particularly testing time, with all the ends neatly tied together. We have often found, however, that there can be great value in sharing where you are up to as the story is still unfolding. It draws others in to share prayerfully in our pilgrimage, and to involve them in the outworking.

I have been trying to do this myself since that freak accident recently when the tailgate of the car slammed shut and severed off my fingertip. The pain was excruciating and people have been so kind in supporting us in prayer. The Lord had sort of tipped me off beforehand. Days before the accident, I was out for a walk on the hills with the dogs when the Lord asked me very specifically to climb a very steep slope instead of following a much more gentle path around it.

When I had hauled myself triumphantly up, He spoke clearly to warn me that the next phase of my life was going to be extremely steep. He never overstates things. There’s always the comfort in knowing that the Lord knows, and also in knowing that when one phase of life changes, He has got the next stage and compensations in mind.

Rather than just seeing such episodes as being purely negative, it can be good to make a feature of them, and to look to see what interest the Lord can find as a sort of dividend on the trouble. I have certainly really enjoyed many deep times with the Lord as a result, and in a way I might not otherwise have known. He has been so good.

When we give God the fragments that come our way in life, however small and insignificant they appear to be to us, it gives Him something to work with. One small boy’s minuscule picnic lunch was precisely the offering the Lord Jesus needed to bring about the great miracle of multiplying food to feed 5000 people.

In her delightful book There is Always Enough, Heidi Baker describes how she and her family had more than fifty orphans packed into their home in Mozambique, and nothing to feed them with. One day, a friend from the American embassy arrived carrying a pot of chilli – just enough to feed her family of four. It was a kind offering, but what use would that be to feed such a crowd of hungry children?

Heidi was too tired to point out that this was really not much use to feed so many people, so she just gave thanks anyway, and began serving out the food – and what was in the pot went right on serving and serving and serving people until everyone had eaten their fill! Praise God!

The Lord doesn’t do that kind of miracle of reproduction if those needs can be met by ordinary human resources, but where these are lacking – anything is possible. Heidi offered her little to the Lord and He made it go as far as was needed. If you think back, you can most probably think of wonderful times when He has provided for you when you were in special need, quite possibly against all the odds. It can be really faith building to pause and remember such experiences and to use them as a springboard for faith for situations that you are facing again.

Virtually all the commissions the Lord gives us appear preposterously impossible at first! I’ve come to the conclusion that God is a great script-writer who delights in achieving His greatest victories against impossible odds.

Think of Gideon defeating the mighty Midianites: how the Lord reduced his army to a remnant of fighting men – but with this small fragment God achieved so much. The old saying is always worth bearing in mind: one plus God is still a majority!  So rather than wringing our hands saying “I have so little of this and only one of the other” – a small bank balance, so few opportunities to minster, such a small number of friends – and holding back as a result, it is so important that we do offer up what we have, our handful of loaves and fishes, and put what we’ve got to good use, trusting the Lord to make up whatever shortfall there may be. He is not defeated by the paucity of our resources.

Percentage wise, a bucket filled with water is no fuller than a thimble filled with water: it is simply that one contains more because it’s bigger. Some people’s careers and ministries really do influence far more people than others. Does that nullify and invalidate the one who reaches fewer? The Lord is far more interested in the love and obedience that goes into what we do rather than just with the “numbers” involved.

Here’s something to ponder: a honey bee makes how much honey during its lifetime? Just one gram! That is the output of constant heroic flights to the pollen fields. Does that make the bee’s lifework of no consequence? Or, is a thimble is worth intrinsically less than a bucket? What good would it do for our thimble to wish it were a bucket, or for the bee to wish it could match the output of an entire hive? Those are impossible thoughts that are not capable of being fulfilled. Yet sometimes we fall into something similar ourselves when we allow ourselves to feel particularly small and useless.

Understanding John the Baptist’s words in John 3:27 goes a long way to remove the frustrations and limitations here.  “A man can receive only what he receives from on high.” I love that verse! You see, most of us have never been given the anointing or the platform to do what Billy Graham did, or to do great things – but He has given us the ability to be what He’s called us to be, and to do the works that He has purposed for us to do. He’s had them in mind since before the foundation of the world. That is quite a thought!

Like the two women in a poor croft in the Hebrides, who had to overcame great poverty and other forms of adversity to devote themselves to pouring out their hearts in prayer, thus becoming the effective powerhouse behind the great Hebridean revival, that’s what it means to use what we’ve got. We have to be hungry and humble enough to do that. 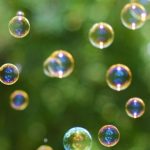 Offering up the Fragments – Part 8 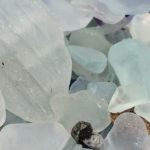 Offering up the Fragments – Part 7 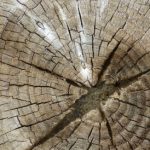 Offering up the Fragments – Part 6 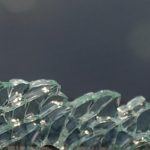 Offering up the Fragments – Part five