Hello I thort I’d send you an up-day-te from the Hills. Its been a bisy time this end. Only a few nites ago we had a dragon belching 4th fire in the sky. Onestlee!

When I looked out of the Wyn-doe there was a great balloon say-ling past. Kelsey and I had never seen anything like it and we barked and barked at it in case it tried to get into the house. We found it most disconserting when it started sending great jets of woof-sh into the sky!

I fled to the back of the house to get away from it – only to bump into a vast buzzing creature inside the back door. Dad sad it was a horn net. It took me by Sir Prize!

I kept a close eye on that buzzing drone I can tell you. It was rather Up-Set-ting that nye-ther the balloon nor the horn net bothered to file a proper flight path plan to war-N us in advanse.

From time to time Ten-Shun builds up in Kelsey and his swerves get the better of him. That’s wen he’s likely to choo things –Dad’s best know-t books usually, or won of his favorite devoshional book–only his favorite ones of course be-koz he believes in taking the word of God deep inside.

When Dad came downstairs the other day and fownd a snow storm of chood pages he wasn’t best pleazed. Kept muttering sumthing about not being able to keep everything on the see-ling, and abowt us being worse than tod-dlers. I don’t no what he means – the only toddlers who come here usually seem to be very well bee-haved. I hope I don’t start Emu-lating my brother tho and start chooing things too.

So this is wot i rekkomend – get your nose into a good book and get reeding. Mark, lern but only inwardly di-gest.

Photo by 2Photo Pots on Unsplash

My Arthur-itis is bad these days, and as I don’t go for many proper warks, I’m always keen on escaping for a strowl around the nay- ber- hood. I’ve lots of fans and admirers in the neerby homes and shops. They are always so plea-zed to see me. Its funny how often the front door gets left open when Doms friends are around. And kwite often when somewon is bringing in the shop-ping – owt I slip. Dad calls me a Who-dee-nee. I sertainly like to think of myself as an Escape Artist. All those smells and all those admirers….. I mean, woodnt you?

Kelsey has developed a taste for karrots rees sently. He sits beside the chopping board wayting for his dayly dose of Vitamin K for Karrot. Then he pownces on the peaces that Mum or Dad acci-dentally let fall. He’s like a Peerana or a Krokodile. You should have seen his fay-ce yesterday tho when he pownced on one yesterday and diskovered that Dad had been chopping Par-Snips insead of karrots. Whey too strong!

There seems to have been a lot of fuss lately about something kalled GPDR. Dad says the hole kun-try is bisy doing it anyway – but wot does it mean? “Good Puppy Dogs Rule?” Or is it “Good Puppies Disregard Rules?” What happened to the Kontemplative life I was telling you about last time?

Time to praktise what I preech: four paws up in the air, rap my tayle around my nose, and hope that someone will come along and rub my tummy.

May you have special grace to cope when strange draguns come flying past your wyn-dow. 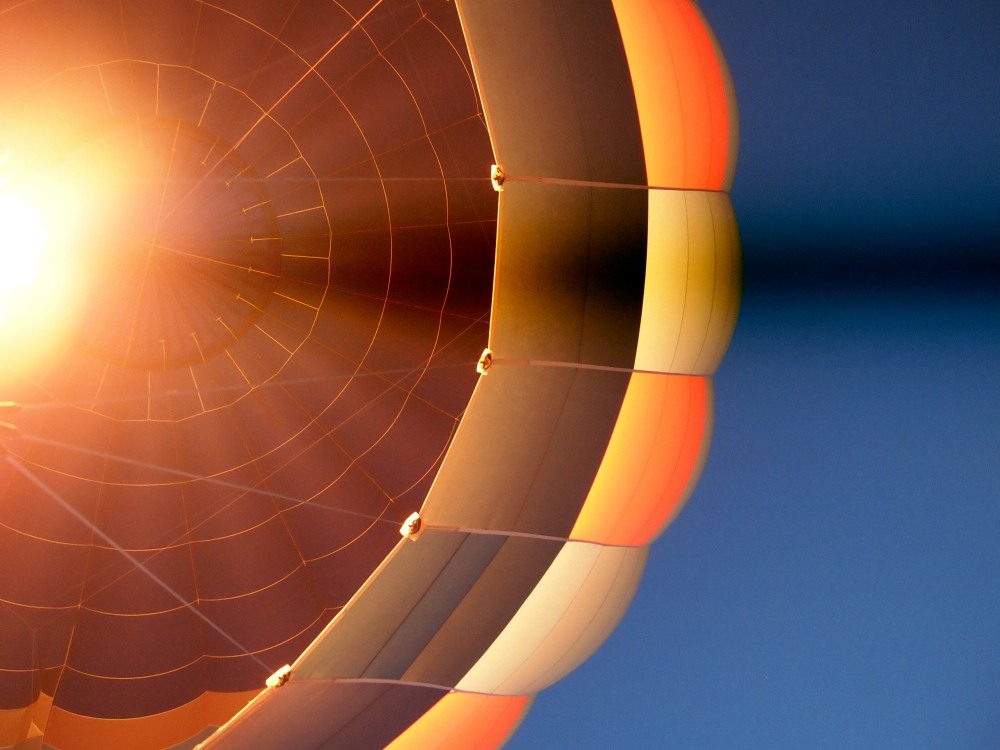 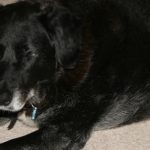 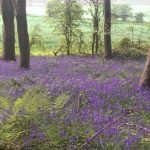 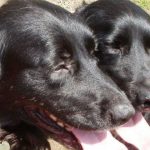 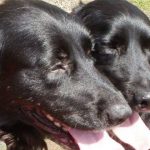