How reporting has changed on the Internet

I happened to tune in on Al Jazeera’s Listening Post last week, just as an interview with Hossein Derakhshan was beginning. Hossein became well known as the blogger who dared to speak out what others were to afraid to say about what was happening in Iran. After six years in prison, he emerged to find the Internet a very different place, one in which visual-social media platforms have, to a large extent, come to replaced the more substantive reporting he himself was renowned for.

Algorithms, of course, prioritise social media rather than serious writing, all of which has speeded up the process whereby people look primarily to sites such as Facebook for their information. As a result a great deal of important understanding is missing from people’s world view.

Concerning Iran itself, the regime does not want to come across as being too closed to international perspectives in a world where alternative understandings are so easy to come by – for instance through the ultra popular BBC Persian service. At the same time we cannot afford to be fooled or lulled. As recently as last year I was hearing of the government actively stripping houses of their satellite dishes. Now it emerges that within the last few days the government has moved to block access to a new free voice-messaging feature from the immensely popular messaging app Telegram – which has largely replaced email in that country.

President Trump’s repeated and cynical manipulation of truth represents an alarming and increasingly widespread tendency to regard facts as being insufficient – or of no consequence in themselves. This leaves the way wide open for complete falsehoods (alternative facts) to spread – and either chaos or cynicism to multiply.

Lest that sound too much like a protest against Donald Trump rather than a reasoned and analytical point in favour of strategic prayer, it is certainly right to grieve for things that are declared with great assurance as though they were truth – but manifestly are not. Even then we cannot afford to be distracted from getting on with the real task in hand, whatever it may be that the Lord has given us to focus on – and to pray that this brings glory to Him.

Father, we pray for ourselves and for the generation that is growing up that is so easily swayed by the visually attractive, that we may operate with discernment, and recognise the angle from which items are being shared, and believe and pray accordingly. In the name of the One who is the Way, the Truth and the Life. Amen! 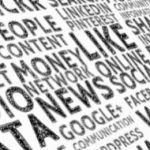 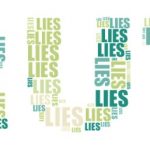 Lovers of Truth and the Rise of “Clickbaits”