With France being so much in the news at the moment, this is definitely a good time to focus on the French speaking people. Winning souls means reaching out to people. As Spurgeon reminds us, “Every fisherman knows that fish do not swim up to their front doors!” I come from Huguenot stock myself, (my family escaped from persecution centuries ago) and I feel challenged to reconnect again with the French people.

Unlike England, I do not believe that France has ever really recovered from its religious wars. The English Civil War was not primarily a religious contest between Catholics and Protestants, and although casualites were high, it did not begin to approach the level of slaughter France experienced.** The carnage cut to the core of the nation’s psyche. Not many people today know just how widespread Calvinism and the Huguenot religion was in sixteenth century France. Some sources even consider that they were not far from being the majority religion. The violence was so intense that within a relatively short based time very few Protestants were left to proclaim the gospel as they understood it or to develop their culture along biblical lines.

There was no momentum left to continue the Reformation into a full blown attempt to change the formal Catholics structure as happened in Germany. The Reformation in France consisted primarily of imported grass roots Protestantism. The indigenous Protestant church in France was effectively left as a rump: entrenched, dogmatic inflexible and increasingly liberal and divided in its theological outlook. (There are today over 130 Protestant denominations.) As a result many of the cultic practices of the Catholic Church right across France even in the late 20th century appeared to have changed little since the Middle Ages.

We take it almost granted now that Catholic and Protestant denominations are able to cooperate and work together in England – even in Ireland, where progress has obviously taken much longer.

With the Catholic Church being largely associated with the aloof rich, and none of the godly leadership and outreach Wycliffe and his Friars and the later Reformers provided in England, is it any wonder that the general populace felt let down by Church and aristocracy alike? The baby was being thrown out the bathwater, and France was ripe for the rampant violence and anti-religious sentiment that characterised the French Revolution – and which continues to make its mark to this day in the determined secularism that President Hollande promotes and endorses.

The qualities of Égalité, Liberté and Fraternité sound immensely appealing, but the bigots of the Revolution interpreted them in ways far removed from those the Lord Jesus set forth in the Sermon on the Mount.***

Let’s face it, most of us would rather live in a country where those values prevail, even if taken from a secular standpoint than in the Middle East, where equality between sexes barely bleeps on the radar, let alone the freedom to think and say what you believe. But the ‘baby’ (the infant Christ, born to save the world) has been thrown out of the bath, and the bathwater that remains is spiritually cold and unappealing. The challenge is how to present Christ to the highly secularised French people.

Let’s start by recognising that the French are a passionate people. To a large extent this is the redemptive quality that God has placed within them. For now, however, many are passionately opposed to religion – or at least supremely indifferent to it, even if they are not influenced by hugely popular occult practitioners. It is not better “religion” that France needs – it is the Gospel of Jesus Christ – but presented in a way that sits comfortably with values of equality, freedom and brotherly love. These are exactly the values that Jesus taught, much to the disgust of the self righteous religious people who surrounded Him. These are Kingdom values, but they only operate in their full glory when Jesus is at the centre of people’s lives, individually and corporately.

The suffering that befell the Church in France through the French Revolution is a sad litany of dispersal and dispossession. The current stance the government is adopting affirms this long secular tradition. But all is not lost. We must pray for the Lord to raise up attractive and prophetic ways of communicating the faith, as opposed to purely “religious” ways.

This it is the approach that is most likely to hook into the deeply creative spiritual sensibilities that the Lord has so richly endowed the French with, but which are denied proper outward expression in the rigid and rigorously “conditioning” expectations that are placed on people in offices, schools, in the Armed Forces, shops and everywhere else in public places. Behind closed doors, however, the French become less hard. When relaxed they are quite prepared to debate eternal matters, and to reveal their more thoughtful “spiritual” side.

French Protestantism has always owed a great deal to John Calvin and the “Swiss experiment” But whereas the soul of the creative French people warm to outstanding creativity, Calvin himself had no time for music and the arts. I believe that this is where Calvanism (which was embraced more warmly by the Huguenots than by the English) has caused a hardness in the Protestant church in France. It was too rigid, and continues to this day to be so to an extent in England (via the Brethren).

When we are young we live by rules imposed by our parents, but as we mature we have greater freedom to explore. There is good art and bad art, just as there is inspirational God-given music and something very different. There are more doors waiting to be developed in communicating God’s love through music, film and the arts.

God has drawn quite a lot of believers from England and America to be involved in France. Pray for them to be able to engage with the French, not least because speaking French well makes it far easier to be accepted. That is quite a barrier to cross, especially when you are made to feel small whenever you make the slightest mistake. I have certainly experienced that! But I have also seen the blessing that comes when you push beyond that barrier; fluency comes and people love you for being persistent in wanting to communicate with them.

There are doors that are waiting to be opened – and even to build from scratch. John and Laura Madan effectively created a door when they moved to France by faith to evangelise the nation. They have reached and discipled so many for Jesus – and they are far from being the only ones.

I believe this approach to be the one that is most in keeping with France’s redemptive gifting, and which therefore stands the best chance of making the deepest impact. And the more France is touched, the stronger the spiritual shockwaves that will ripple out across the world.

Nothing less than passionate creative and fully committed believers or make the kind of impact in the soil of the nation notorious for its spiritual hardness; but is anything too hard for God? Let’s cry out for the Lord to find new and authentic ways to reach this beloved land and these passionate people for Christ.

* Although there was intense persecution of Catholics in England, the main concern of the government in London was to ward against the power of continental Catholic powers such as Spain and France. By and large the Catholic community in England was weak and uneasy, merely wanting to continue their religious practices in peace.

** Apart from occasional urban riots, English people did not slaughter their neighbours in the streets. The execution of prominent Protestants and Catholics in England acquired enormous notoriety, but these were almost always the result of selected individuals being put to death by order of king or government.

The French religious wars proved bloodier than the equivalent ones that ravaged Germany during the Thirty Years’ War. This was actually a whole series of wars that spanned Central Europe between 1618 and 1648. They proved to be not only the longest conflict in European history but also one of the most destructive. There is nothing in English history to parallel the viciousness of the Saint Bartholomew massacre. Following Henry IV settlement, the Huguenots lived in uneasy peace for about a century until the so-called Sun King revoked the Edict of Nantes and drove them across the Channel.

*** In his brilliant historical and spiritual thesis, “England before and after Wesley,” Bready shows that England was spared the horrors of the French revolution in no small measure through the influence of the Welseyan revival. (Sadly this book is now out of print but is well worth tracking down).

John Weston adds, “The inherent unfairness of the French fiscal system, whereby the self-serving nobility and the clergy were exempt from contribution and punitive taxation, all but inevitably exploded in time in a flurry of “righteous” indignation, and philosophical riot, leading to appalling genocide against the nobles when the French Revolution broke out in 1789.

“Liberty, equality and fraternity” make wonderful slogans but abstract nouns are often used as a cloak to mask dangerous practices. Change them into verbs and it is easier to see how they can easily apply unevenly. “I am free, but you must do as you are told.” “We are equal but I must have more than you.” “I am your brother, but you are not mine” – in other words, “I can have your inheritance but you can not have mine.”

France still has a way to go to recover from the shocks of the French Revolution, when they learnt to see shedding blood as the answer to pressing political problems – something which can be seen throughout the Napoleonic Wars and, in living memory, in Algeria, as well as in the indiscriminate sale of arms to unsuitable powers – as though our own nation were innocent in that respect! More recently again, French intervention appears to have proved more beneficial in attempting to halt the spread of radical Islam in places such as Mali.
May the Lord find many ways to develop France’s full potential and release its redemptive gift and calling.

See here for an article called Focus on France – Spiritual Landmarks in French History: How the country came to be so secular; The boundaries of Free Speech and Prayer Initiatives for France 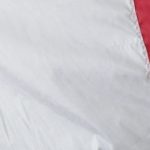