Chosen, loved and qualified: No matter where we are or aren’t, no matter what we have or haven’t done; no matter how “important” we are (or not!), we are “qualified to share in the inheritance of His holy people in the kingdom of light.” (Col. 1:12)

God speaks even from the margins and through the apparently least likely. All He requires is that we are prepared to face the things He is showing us to avoid the wrong kind of fragmentation developing in our hearts.

Linda Entwistle wrote the beautifully calming piece of music which she entitled Blessed are the Poor, which we hope will really help you to focus on the words.

The New Testament shows us Jesus visiting broken and frowned-upon people, sitting down to eat at the tables of humble fishermen, proud tax collectors and ‘sinners.’ With the whole of the world to choose from, Jesus selects some of the smallest, and apparently most insignificant people from which to fashion His most beautiful jewels. Paul puts it puts it like this: Jesus has “qualified us to share in the inheritance of his holy people in the kingdom of light.” (Col. 1:12) In this way, rank outsiders become precious insiders. He has chosen us to be his intimate friends. And if we are inclined sometimes to feel outsiders to His grace, let’s remember that we are the recipients of His love. And if we feel on the edge of things, let’s remember that God loves to work from the margins.

Can you imagine anyone more on the margins of the Church than Saul, the sworn enemy of every Christian, who became the apostle became Paul when he met Jesus on the Damascus road? Or Moses, who was likewise a murderer who deserved to die by both Pharaoh’s laws and God’s – and yet he was the one God chose to lead an impossibly stubborn people out of Egypt. Moses and Paul and countless others were chosen before birth to do the work only they could do. Even the fragmentation caused by sin and desolation did not thwart God’s ultimate purposes for them.

Now, when we have done something wrong or unwise, it’s easy to think we have blown it and our chances of being used. It is vitally important, of course, to face both our mistakes and their implications, and to be aware that they may be a sign of a recurring weakness rather than the once-off lapse that we’d much rather look upon them as! But at the same time, we can’t afford to allow the memory of them to make us write ourselves out of the script that the Lord is composing through our life, a tapestry that He is weaving.

Spiritually and psychologically, any refusal on our part to face these things represents a potential pathway by which severe fragmentation of our personality can develop. This can come about when people find they can live up neither to their own inflated expectations of themselves nor those expectations which others impose on them, and as a result, they head into a downward spiral of self-condemnation and self-pity.  In extreme cases this can actually lead to a split personality developing, where people may appear outwardly confident and even brazen in their demeanour, and yet inwardly are feeling as though they are falling apart. May the Lord gather up the fragments and put us together again if we fall into that category. 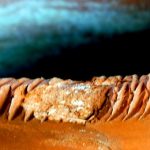 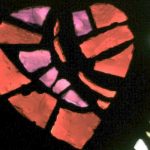 Offering up the Fragments 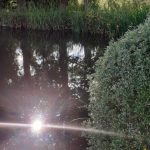