An Introduction to Love’s Victory

When my great uncle was appointed Bishop of Zanzibar and Tanganyika (now Tanzania) from 1907-1924, his heart was to train, develop and honour black priests. In this, he played a truly pioneering role in the church of Africa.

From the moment he had arrived in in Zanzibar, some years previously, Frank was dismayed to discover how much of a stumbling blog to the Gospel was ‘the Englishman’s consciousness of race superiority.’ Whilst he ministered to the many Europeans on the island as a European (and back in England itself by challenging the bishops, many of whom were falling prey to liberal theology), he became as an African to Africans, championing black priests and preaching Christ to many thousands across his vast diocese.

He was dismayed, too, by the great injustices and cruelty he encountered against the African people. His heart was broken by what he saw, and he took up the cause with fervour and, by God’s mercy and Frank’s determined perseverance, to very good effect.

Tanganyika was then part of German East Africa, and Frank was horrified by the gross cruelty and injustices he saw being directed against black people. Worse was to come. When the First World War broke out, both the Allied troops (primarily British and Belgian), and the German military, found themselves in need of porters. Both forces requisitioned huge numbers of local people in this demanding ‘donkey’ work. The loads were exceedingly heavy and the marches, through difficult terrain, unimaginably long. But, above all, it was the treatment the porters received at the hands of the troops driving them that caused so many to die under the toil and abuse.

Long an activist in matters of social justice, Frank was profoundly disturbed by what he saw and heard, and immediately offered his service to the local British commanders in order to do something about it. “I will get you porters if I may command them,” he declared, and was promptly given leave not only to do so but even to found the Zanzibar Carrier Corps, with himself as the Major in charge. Because he was highly thought of on the island, many flocked to join the new found corps.

There is a delightful fulfilment of a dream in this: as a boy, Frank had set his heart on joining the Army, but had twice been rejected, a blow that cut to the heart of his already prayerful soul. The Lord redirected him instead to go to Oxford and train as a priest. Having distinguished himself by acquiring a first-class degree in theology, he then chose, instead of completing his training in some well-heeled parish, to work first in a mission in the East End and then as a curate in St Matthews in Westminster, which had an anointed ministry both to the social and political ‘high-ups’ and to the very poor. Frank was in his element and, though by far the youngest member of the staff, found himself very much in demand as a preacher, retreat leader and confessor. Here, serving at St Matthews, he heard the call to the mission field and responded with alacrity.

And now, here he was not only joining the army but actually running his own corps within it! The Lord had not forgotten the desire he had first placed in him: He had simply found a far better way to fulfil it. How good He is! And how well we do to wait for Him!

As the war was coming to an end, and Germany was forced to seek an armistice, a number of ‘do-gooders’ sought to soften German humiliation by permitting them to rule Tanganyika to them as a colony. Frank, who had seen the brutal treatment of black Africans under German occupation, was profoundly concerned.

Toward the end of 1917, he wrote a strongly worded pamphlet called The Black Slaves of Prussia (you can read it here) detailing the many abuses that he had witnessed. It achieved a notable circulation and made a considerable impact in political high places. Best of all, it achieved its aim and Tanganyika formally became a British League of Nations Mandate in 1922.

Sadly, though, British rule proved little better than German. Britain herself sought to reintroduce ‘forced labour’ – that is, slavery. Once again, Frank was deeply grieved and, taking up his pen, he wrote another highly challenging pamphlet called The Serfs of Great Britain, this time addressed to Britain herself. People who had applauded his earlier work now felt their own self-interests threatened, and responded with ire. But the pamphlet met achieved its aim and Winston Churchill, then Secretary of State for the Colonies, issued a dispatch which sought to limit the use of forced labour.

It is quite remarkable how the Lord was able to use Frank twice to avert this ungodly imposition of slavery, first from being continued under the German yoke, and then perpetuated at the hands of greedy British landowners.

*In The History of the Church in Africa, Bengt Sundkler records that there were far fewer casualties amongst the two thousand men placed under Frank’s command than among those in the government corps. With Bishop Weston it is said that the men “obeyed every word of his without further question, because he treated them as a father does his children.”

Frank’s supreme concern was to protect his men from being abused. He would often remain at the back of the column to make sure than none of those at the rear were beaten. Of one typical journey he wrote in Central Africa:

My orders were to produce in all 2500 porters within some thirty-six hours and to serve them out to various units. The one drawback was that we had not got 2500 men! . . . Seek as we would, we were a good many short when the time to start arrived. It remained to commandeer all the ox-carts, pushcarts, and pull-carts in the town – and a very odd column it was that finally left the place.

When they finally arrived at their various destinations, Frank still had much work to do, helping officers with the local language, visiting the sick in hospitals, conducting services and following up his flock on the mainland.

His leadership of the Corps was spectacularly successful: not a single porter died on his watch. And his witness made a profound effect on the watching Muslims. For many of them it was their first real contact with the Christian faith. In his biography of Frank, Maynard Smith quotes Archdeacon Swainson recounting what happened in Zanzibar to a man named Swedi.

He had been very ill, and his relatives had tried all the medicines they knew. In despair they decided to call in a medicine man, but Swedi begged them to wait until next day. Then, for the first time for some days, he fell asleep and dreamed. He saw someone coming towards him dressed in white and he recognised the Bishop. “Swedi, you are very ill,” the Bishop said:  “do you want to get better?” When Swedi answered that he did, the Bishop said, “Will you promise to do what I want you to do?” Swedi said “Yes.” “Then,” said the Bishop, “You will recover,” and the vision faded away.

In the morning Swedi awoke quite well, and came to me with his story, adding, “The Bishop wants me to be a Christian. Make me one!” His instruction began immediately, and he was baptised in the Cathedral.

Swedi then began to suffer persecution. His brothers beat him. His Mohammedan wife left him. He was unable to get work, but he persevered. Then the Bishop took him away to the mainland, and his mother followed him and was also in time converted. Swedi is now a prosperous overseer on a plantation.

It is a beautiful story with a happy ending: God prepares a sick man’s heart through a dream to receive the gospel, and then takes care of his future by arranging for him to begin a completely new life on the mainland. Who knows how many lives Swedi himself may have subsequently touched for the Lord?

Photo by Kaspars Eglitis on Unsplash 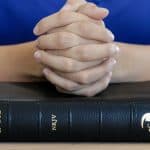 The Will of God and our Choices 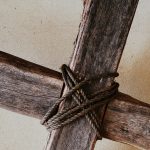 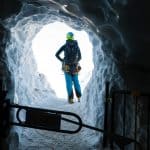 Dismantling the barriers and walking in the Will of God