We have long been urging people to intercession for matters related to cyber warfare as a regular part of their spiritual awareness. The topic may only occasionally seem to have any direct relevance for us personally – although having had one account hacked and other computer problems for the past few weeks, it makes one all the more aware of the crucial work being done by the relative handful of people who protect us along with the country’s vital interests. Though not in the public eye, these people are very much on the front line. All the more so when you reflect that over four thousand new malware variants and viruses are launched every single day . . .

Thanks to Edward Snowdon everyone knows what America has been up to in the realm of global eavesdropping; it comes as no surprise to discover that Russia is doing the same.

In cyber-warfare there is always a sense in which one is always playing catch up, responding to the latest viruses and hacking initiatives that have been launched. It was all much more tangible in the days when Russian fighter planes came up to the Borders of NATO regions and had to be shepherded away, but the intensity of Russian and Chinese cyber warfare efforts is not to be underestimated.

The British Defence Minister, Philip Hammond, is alone in the world in admitting that Britain is developing an offensive cyber warfare capacity; there is no question that other countries are doing the same. Lithania and Ukraine have both been hit this year by the ‘Snake’, a virus of apparently Russian origin, which acts like Stuxnet, the first intentional piece of malware attack, which is thought to have been designed by Americans and Israelis, and which was used in the attempt to disable Iranian nuclear facilities.

“Ouroboros” (The Snake) not only opens the way for unlimited surveillance opportunities, but can also act as a highly sophisticated “digital beachhead” that has the power to destroy computer networks. The effect of this on public institutions is too catastrophic to catalogue, given that everything in modern life depends upon computer-controlled safety programmes.”

The Financial Times (16th March 2014) reports that Websites belonging to Nato and the Alliance’s Estonia-based Cyber Defence “Centre of Excellence” were forced offline by a denial-of-service attack on the eve of Crimea’s independence referendum.

See the article in the Financial Times. It is not hard to see how this issue affects every one of us. Please turn this information into prayer by praying for people involved in counter espionage and cyber related matters.

In 1938 the German Army Chief, Werner Freiherr von Fritsch, made the radical claim that whoever had the best air reconnaissance would win the next war. We could say the same today about cyber warfare, an area that the present Defence Secretary, Philip Hammond, is making considerable efforts to address: 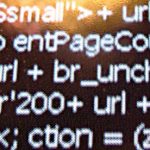 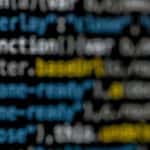 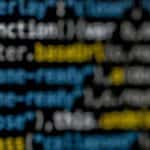