The amazing sights we marvel at in nature documentaries such as Blue Planet are revealing glories and phenomena that have remained completely unknown until modern technology enabled photographic pioneers to plumb the depths of the ocean. What is true in the natural sphere is true on a spiritual plane too. Were such a thing possible, a spiritual weather chart would show more clearly than any savvy news analyst the competing spiritual ‘currents’ that are at work behind national and international issues. As surely as currents power through the depths of the oceans so the Holy Spirit is at one with the Father in directing world events, not only up to, but also beyond the climax of Jesus’ return.

Since Jesus Himself alluded so often to the times of the end, we do well to keep in mind that life on earth will not continue forever in this present dimension: everything will change when He returns to claim His rightful prize and to put things right.

When the Lord first spoke to me through this passage from Ecclesiastes 11, it was verse two that He highlighted in particular: You do not know what disaster will come on the land. (Ecc. 11:2) He gave this verse at a time of renewed tension with the Soviet Union. Within a decade, by God’s extreme grace and the intercession of millions, the world had moved beyond the immediate danger of confrontation and into a period of extended détente and glasnost. With so many flashpoints and power blocks now building up around the world, there is nothing we can take for granted as we look around the world scene today. We certainly can’t put our trust in the complacent thought that because some disasters have been averted in the past they automatically will in the future.

We will feature some more specific issues for prayer in the next edition; for now – and perhaps especially for Friday prayers – may we urge you to spend some time in the courts of the Lord lifting spiritual ‘currents’ to the Lord. Thank and praise Him for every one of the places where revival and restoration is happening in a big way, but pray too for the many places where tension is rising close to boiling point. Are the preliminary convulsions affecting the volcano in Bali a warning in that respect? Because so many situations call for a strong pulse of prayer to flow now, I am including the sort of résumé we have often in the past reserved for a New Year overview.

With the shape of Europe developing almost month by month, may the Lord find ways to bring the uncertainty concerning Brexit to a satisfactory conclusion. At the same time it is right to be very aware of downright unpleasant far right tendencies in Poland, Hungary and Austria, which President Trump’s support for far right causes, of course, is doing nothing to alleviate.

To mention just three relationships that are coming under pressure:

Pray for the forces of prejudice and division not to triumph. So much depends on this. May the power of blessing prevail instead: in our hearts and in the nations.

North Korea course poses its own unparalleled challenges. Intensely brave efforts were made to prevent the Nazi regime from acquiring weapons of devastating mass destruction, there would appear to be no way humanly speaking to prevent the relentless march of North Korea in this respect. You might like to follow the links here and reread at least the second half of my article on Strategic Prayer that I wrote eight months ago concerning some of these threats, adjusting and updating as needs be be to take recent developments into account. May our cry come unto You Lord, for the nations of the world.

The great Hallelujah shout we hear in the Book of Revelation, when Babylon is overthrown culminates Jesus’ cry of “It is finished,” from the cross. Evil has been cast down. It’s no use wondering why the battle had to be fought – rather, “the Lord’s troops are to be willing on the day of battle, (Ps. 110:3) and play their part to the full by following the particular burdens He calls us to lift to him, and the specific involvement he wants us to have.

This will undoubtedly involve taking a stand against evil. Samuel Howells, the son of the celebrated intercessor Rees Howells, felt the strongest burden of his life in 1973 during the Yom Kippur War, when he sensed that the enemy was trying to precipitate Armageddon as the Russians positioned themselves to ship nuclear weapons to Alexandria in Egypt. Once again, God moved and deescalated the situation by the war finishing before they had time to do this.

I felt at the time that this was a call to bend all our efforts to cry out to the Lord for His protection in the world, and to dismantle powers of destruction in their attempt to precipitate Armageddon. I felt a particular urgency to make the gospel known while there was yet time. How I longed even in those distant days that the Word of God could be more freely available. We can never thank the Lord too much for such modern day marvels as Bible Gateway and Bible Hub, as well as live-streaming of talks and worship.

There will be times when the Lord calls us to particularly intense seasons of intercession. We will not usually know the full effect of our prayers, and it will often they will often feel like a drop in the ocean – but enough drops make . . . and something vital will be missing if we do not report for duty. I am reminded of a group of intercessors who felt a great call God to start praying in tongues one day. They kept going for something like eighteen hours! When they turned the radio on the following day they realised that the whole time been praying in tongues, Israeli commandos had been in action successfully rescuing the hostages at Entebbe airport.

Such episodes are an important reminder that obedience in responding to promptings to pray precedes understanding.

Yes, Scripture does warn that there are times when the righteous appear to be overcome (Dan. 11:35), but may we not succumb to the thought that there is nothing we can do about things. Rather, let’s share God’s heart for the people we are concerned for and pour out our hearts on their behalf.

Concerning the North Korean threat, it is clearly important to pray to avert the threat of war. May the Lord equally be with the leaders of the world as they deliberate how to respond to Kim Jong-Un’s nuclear ambitions. This is a really important time to pray about this. The enemy would love to precipitate a major war, as the Lord clearly showed a friend just a few hours before Kim Jong-Un fired a missile over Japan.

You may recall that, while Helen was out walking on the beach, she saw a large ominous cloud that seemed to be propelling itself across the island she lives on. She felt that the Lord was warning her of war through the image of the cloud. This is part of what she sent us:

‘I asked the Lord how I should pray and I felt He said that I should pray that there would be no retaliation from other nations – even though it may seem to be merited – but that Kim Jong-Un’s egotistical attempts to provoke other nations into going to war to build his international persona do not triumph. It is almost like he has a death wish, feeling that he has nothing to lose – which of course he has.’

With the nations concerned actively considering their military options, it is all the more important, therefore, to pray for restraint. The temptation to retaliate will be strong, but let’s pray for self-restraint from the people most directly concerned. God somehow steered the world through the intensely dangerous years of the Cold War; prayer is needed now for this not to degenerate into a thermo-nuclear conflict that would destroy millions and wreak so much havoc on the face of the Earth. 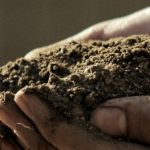 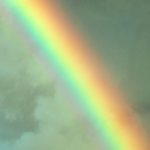 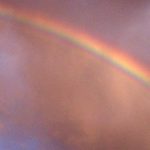 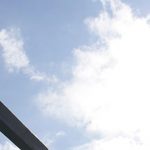