By one means or another God is always keener to communicate with us than we are to listen! The more we can train ourselves to develop an inner attentiveness to His voice, the easier He finds it to lead us . . .

This brief section completes the previous teaching on what I love to call nudges.

On my return to England, I was walking briskly up the High Street of Melton Mowbray one evening, on my way to preach for the first time at the Baptist church when the Lord told me distinctly to go back and look at my car. I protested that I did not want to be late for the meeting, but the Lord repeated the instruction. Clouds of acrid smoke were billowing into the car through the heating ducts!

Feeling decidedly foolish, I asked the driver of a car that was pulling up nearby, ‘Excuse me, are you as expert at putting out car fires?’ To my astonishment, he replied that he was! Taking out a fire extinguisher he promptly saved my vehicle. Was he, perhaps an angel?

I love it when the Lord “tips us off.” I scheduled an extra day at the end of a trip to Dresden, really just to give the Lord the chance to do the unexpected. After completing my ministry assignments, I heard that the Christian classical musicians in Weimar were meeting on that day, three hours’ drive away. Because I had spoken at their inaugural weekend, five years previously, it felt more right to go there than to spend the time with friends in Dresden.

As soon as I arrived, someone introduced me to a Canadian opera singer. ‘What did you say your name was?’ she exclaimed. To our mutual delight, she turned out to be someone I had led to the Lord twenty-seven years ago in Paris. I had long since lost touch with her – but she had been praying that our paths would cross again!

The years rolled back as we made up for lost time. Saturday, in October 1976 I was spending a year abroad as part of my French degree, I had planned to attend a conference in Paris. For the first and only time in its honorable career, however, my alarm clock failed to go off. By the time I woke up it was too late to bother going, so I decided to pay a visit to a (supposedly retired) vicar, whose name I had been given before going to France. I had no idea that he was pastoring a thriving church, and was most surprised to find him leading an afternoon fellowship meeting.

As a result of the vicar inviting me to share my testimony, a young Canadian au pair came up to me at the end of the meeting, asking me to pray with her to receive the Lord Jesus into her heart. And here she was, all these years later, still going strong in the Lord!

Paris holds a special place in my heart. I returned for a brief visit a year or two later and spoke at an evening fellowship meeting. On the following morning, I felt a nudge to visit an outstanding musician who had participated in the meeting. I trekked across the city, only to find that she was out. I dithered at her door, before shoving a note under her door: ‘If ever you are back in the UK, this is my address.’

Three years passed without a word, and then, out of the blue, I heard from her. By now, she was on the committee of the Musicians’ Christian Fellowship, and had been praying about whom to invite as speaker for their annual conference. The Lord impressed on her that she should invite the person who had “cared enough to visit” three years before, when she had been out.

I wrote back saying that I would have been delighted to accept, but unfortunately had a prior commitment. The following day brought news that I was no longer needed for the other event. I was free to be with the musicians!

I love telling this story, because it illustrates that when God has a purpose in mind, He is both resourceful and determined in bringing it about. I had kicked my self for getting my guidance so badly wrong that day back in Paris – but God knew all along what He intended to bring about through this briefest of contacts.

Many precious friendships and opportunities emerge as the result of that conference, particularly in terms of developing the blend of worship and intercession which we have found to be such an effective way of seeking the Lord for wider issues. Effectively, it marked the beginning of an entirely new phase of our ministry.

I wish I could say I always obeyed the Lord’s nudges so successfully. There have been other occasions when I have been far too slow in responding to what God tells me to do.

I came home from church some months ago tired, but aware of a prompting to give someone a ring. ‘I’m sure it can wait,’ I rationalized and sat down to watch TV. A few minutes later, I had a blazing row with my son – over the matter of what we were watching! I will never know how urgently the other person needed me to contact them that night, but at least I would have been about the Lord’s business, and a most unfortunate confrontation would have been avoided.

Thank You, Lord, that You always have a reason when You speak to us.
Sharpen my discernment to receive more of Your nudges –
and then to be quicker to act on them.
In Jesus’ name, Amen. 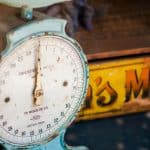 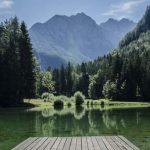 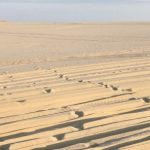