Spiritual Background: how God worked in North Korea a hundred years ago

Although comparatively few are aware of it these days, God has moved in power in North Korea before. Pyongyang, the capital of North Korea, was once known as the ‘Jerusalem of the East.’’

Most of us see only a nation obsessed with missiles, and totally indoctrinated by a leader who “honours a god of fortresses,” as Daniel 11:38 so poignantly puts it. But a friend of mine went on a prayer trip to North Korea and has told how she met with the Lord on a prayer trip to that country more powerfully there than in any other place on earth.

We are more familiar with the mass revival movements that have happened in South Korea, which are in no small measure the the fruit of courageous missionary pioneering work by the American Presbyterian Church, and the revival that followed the brutal occupation of Korea by Japan which lasted from 1910 until 1945.

Most of us are unaware, however, of the spiritual history and momentum in the north of the peninsula.

When we think of ‘ancestral momentum’ therefore we obviously think of the unbelievable suffering that the prevailing dynastic family, of which Kim Jong-Un is but the last in a long line, have imposed on their people. Compared with the Third Reich’s brief reign of terror, theirs has been a long dynasty. But there is a well of spiritual momentum in the North to draw on too which we are calling on the Lord now to renew.

This article provides fascinating insights into the early days of Christianity in Korea.

May the part Christianity has played in the history of North Korea become much more widely known in both Christian and governmental circles – and may the lord bring about something entirely new in this region.

We recorded this powerful heart cry in song almost exactly two years ago as a starting point for prayer for the so called hermit kingdom to open up to the Lord and to the world. May there be no vacuum left for the dangerous forces to fill but many opportunities occur for the glory of the Lord to shine forth.

Give Glory to the Lord your God before He brings the darkness. (Our recent Soundcloud, which has particular resonances for the Korean peninsula.) 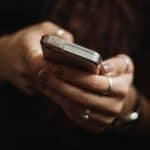