It was ten years ago when I first felt the call to write this Requiem. I wanted to use the words of the Latin text that are common to most Requiems for the sake of familiarity but also to interweave my own Scripturally inspired songs. My aim was to marry the idea of, on the one hand, the wonderful if temporary rest that individuals experience in Paradise as they await their full resurrection (requies means ‘rest’, ‘repose’ but also ‘recreation’ in Latin) and, on the other, the process of the ultimate decay before the eventual and glorious renewal of our physical Earth.

Between the completion of the old and beginning of the new there is a Sabbath rest for the Earth, as described in the creation story in Genesis which tells us that God created the world in six days and then rested on the seventh. People don’t enter the narrative until the sixth day! 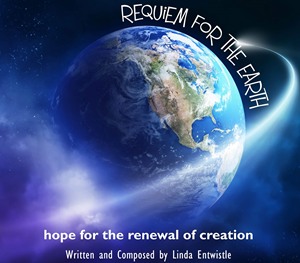 Requiem for the Earth places us at the transition between the sixth and the seventh days, depicting Earth as both victim and witness of the abuse she suffers at the hand of mankind, who was intended to be its caretaker but who became its plunderer. The Earth is at breaking point and in turmoil; she cries out like a woman in labour in intense pain, but yet anticipates the respite that awaits her when her destiny will be fulfilled.

Christ enters into the middle of the piece as ‘The Lamb of God who takes away the sins of the world’, opening up an entirely new window of hope.

The second part of Requiem for the Earth describes the hope of this New Creation. The struggle, labour and toil give way to the promise of new life for the earth and for its inhabitants; the seventh day dawns and the Promised Land emerges beyond the reality of the present age.

Requiem finishes with a plea for individuals to live in the light of this hope, to embrace the light and to shine in this world whose destiny is so intimately and intricately tied up with our own. 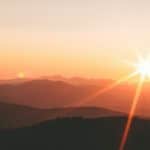 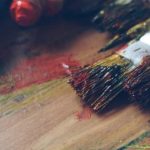 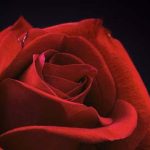 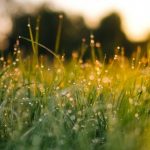