As we press on with our regular daily lives, how blessed and simple they are compared with those who are facing extreme threats and persecution. As a dear friend who is going through the mill on several different fronts said to me, ‘it is not only those who have shed literal blood who are those who come through the great oppression.’ (Rev 7:14 see esp. EXB and Philipps)

In this profile we are sharing the story of a remarkable man who has been arrested for serving the Lord in Iran. I would however point out that his cause is being taken up in a big way by a number of prominent American Christian agencies. This can be a two-edged weapon: on the one hand, it releases more prayer for him, which is excellent, on the other hand, it makes him a particular target for further reprisals while he is in prison.

May the story of Saeed therefore serve not only as an incentive to pray with renewed vigour for him but also for all who are suffering. Othereise the inadvertent danger is that virtually all attention goes to a small number of high-profile cases, leaving others who are also suffering grievously all but completely unnoticed. We have been informed that over 200 beautiful Christians have been arrested in Iran during the past few weeks. Those arrested are being deprived of sleep and worse.

Pray for the wind of the Spirit to blow through the incredible darkness of Evin prison today – and all such places of darkness.

The story of Saeed Abedini
Born in Iran, but now a US citizen with a wife (Naghmeh), who is also a US citizen, and two children, Saeed was arrested when back in Iran trying to establish an orphanage and to say goodbye to his family.

Despite being just 32 years old, Saeed has been instrumental in bringing many Iranian Muslims to the Lord, and has established numerous house churches throughout Iran.

Before he met the Lord, Saeed was so depressed he wanted to commit suicide, and for a time he was trained by Hezbollah to be a suicide bomber. After he experienced salvation through the Blood of Jesus Christ, Saeed’s whole life was so dramatically transformed that he could not help but spread the Good News to as many people as possible.

In September last year Saeed was travelling on a bus near the Iranian border when Revolutionary Guards boarded it and dragged him off. He has been held for months now in the notorious Evin Prison in Tehran where he has been mercilessly tortured.

Despite being an American citizen, the US State Department has done nothing to help as they have no relationship with Iran. Saeed came before a judge who is known as the hanging judge, a man with such a fearsome reputation that few lawyers in Iran are willing to defend clients before him, because he often has the lawyer thrown into prison as well.

In a recent letter to his family from prison Saeed wrote,

“Prison is a test of faith. I was always worried that the storms of this life would break the ship of my faith, but when you stand steadfast, the storms are like a nice breeze. Nothing can break my faith. These walls have created more fervour for me to love others through sharing the Gospel, but more than that, the walls have deepened my love for my Saviour. I feel the prayers of all who are praying for me.”

“I can clearly see what is going on and because I want to serve God, I see all of these difficulties as golden opportunities and great doors to serve.” –

The conditions here get so very difficult that my eyes get blurry, my body does not have the strength to walk, and my steps become very weak and shaky.

Various (bullying) groups, the psychological warfare, a year of not seeing my family, physical violence, actions committed to humiliate me, insults, being mocked, being confronted with extremists in the prison who create another prison within the prison walls, and the death threats . . .

Because I am a Christian pastor, I am carefully watched. I am expected to smile at them despite what is being done and to understand why they are doing all of these things. But, of course, I can clearly see what is going on and because I want to serve God, I see all of these difficulties as golden opportunities and great doors to serve.

There are empty containers who are thirsty for a taste of the Living Water and we can quench their thirst by giving them Jesus Christ.

Maybe you are also in such a situation, so pray and seek God that He would use you and direct you in the pressures and difficulties of your lives.

There are those who are enemies of the Living Bible and do not want to hear. They are trying to put me under such horrific pressures (that are sometimes unbearable) so that they can show me that my faith is empty and not real. And after all of these pressures, after all of the nails they have pressed against my hands and feet, they are only waiting for one thing…for me to deny Christ. But they will never get this from me. This is why the Bible is Truth and they are in the way of destruction.

There is another group who does not know the Gospel of Truth. Instead of truly listening and meditating on God’s Word, they are just waiting to see how I react to all of their pressures and persecution.

What will come out of me during these intense times? But again, this is another golden opportunity for me to shine the light of Christ in this dark world and to let God to use me.

Yesterday when I was singing worship songs, the head of my cell room attacked me in order to stop me from praising but in response I hugged him and showed him love. He was shocked.

It is during these harsh conditions, that I deeply need God’s Saving Grace so that I can be the fragrant scent of Christ in the dark house of Evin prison. I have often seen the Shining Morning Star in the darkness of this prison and I have seen His amazing and supernatural works. Oh, how beautiful is seeing the light of the Shining Morning Star of Christ in such evil darkness.

So:
See your golden opportunities in pressures and difficulties.
See the Shining Morning Star in the dark times of your life.

I Love Him! He is Gracious, Merciful, and Righteous to me. I now know that I have not been forgotten and that we are together in this path.

This is my message for the Church: Stay Strong for His Glory. He will come back soon! Be with God and give your best efforts for His kingdom.

Pastor Saeed, servant of Jesus Christ in chains for endurance of Gospel. I love you all.

The ACLJ encourages fellow Believers to share his letter. Pray. Join over a quarter of a million others, and sign the petition at SaveSaeed.org. 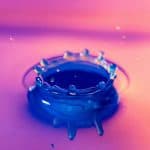