No one person has the whole take on what is going on at this time, but before we turn to the two main articles in this edition (on Vladimir Putin and ISIS), I would like to encourage us to see that what is happening in Europe at the moment concerning the huge ingress of refugees has definite opportunities as well as dangers. I believe we are witnessing a case of ‘both and.’ Of course there is a real danger that “sleeper” terrorists will use this route to enter Europe. And of course the influx of more Muslims heightens the simple demographic fact (which is itself being used in some quarters as a weapon) that superior birth rates amongst Muslims are going a long way to make Europe Islamic. But there is no way that the vast majority of people who are struggling for refugee status are looking on that as their primary objective!

We can also take enormous heart from how God is working amongst Muslim people. You will be encouraged, for example, to read this article about how an ex jihadist has started 1,200 groups of followers of Jesus in Indonesia!

Men such as Patrick Sookdheo and David Pawson have long been sounding serious warnings about the spread of Islam, and what that will mean for ‘Christian’ countries. (cf Trumpet Sounds, and Waking up to the Islamic Revival)

Other researchers have discovered seriously adverse effects in regions where Muslims have settled in large numbers. But that does not mean for one moment that we should not be praying fervently not to miss the opportunity this mass ingress is offering to share the gospel with people who might otherwise never get to hear it. See for instance: IMB That is why this situation is a ‘both-and’ one.

Is it right to bomb ISIS in Syria therefore?

Here are a few considerations to help us pray and ponder into this very vexed and thorny question.

Reaching out to Muslims: A Letter from George Verwer
A few weeks ago, George Verwer, the father of Operation Mobilisation, wrote an open letter to a friend of mine. To paraphrase some of his key points: The Charley Hebdo cartoonists effectively declared war against all who are Muslim by insulting Mohammed. Why can we not try to understand Muslims and what they believe? We certainly don’t agree with their absolute veneration of Mohammed, but does that mean we should lose respect for them, even though many Muslims have become much more ‘hard line’ since the various cartoon vilifications? George Verwer writes,

“I am mainly writing this (I seldom write such things) because of my 60 years love for the Muslim people. We MUST win people’s hearts and minds. For some years I have believed that we could learn from Northern Ireland. How long did it take one of the best armies in the world to bring it under control? And in the end it was more a matter of winning and changing people’s minds than of bombs and bullets.

“But with the way we are behaving, much in tune with our fallen human nature, YOU can be sure a percentage will become extremists and some of them will be ready to die even as suicide bombers. It’s only a matter of time. This in varying ways is taking place in almost every nation of the world.  It means that in time as France has declared war on Muslim terrorists [really on Muslims generally] every nation in the world will become like France or much worse. Do we really think this can be resolved with bombs, drones, bullets and spies? (Incidentally, I am not a Pacifist and honour the Armed Forces).

“At present (and this is the big reason I am writing this) most people are not even talking to Muslims. (This is the most important sentence in my article). On other hand endless books and negative articles about them bring out all the dark side, as if there is no dark side in Christendom, and it is producing fear, alienation and much worse. Forgive me, but has anyone even seen a leaflet or a website that give reasons for not becoming a suicide bomber? Do we know what’s going on in some of the extreme schools, Pakistan and other similar nations (including the UK)?

“Millions are being taught to embrace an extreme fundamentalist form of Islam like they have in Saudi Arabia who are often financing the spread of this all over the world.  The great embarrassment that Saudi Arabia and other similar nations face is that this teaching lays the foundation for terrorism.  It’s just one step further into the form of Islam that is embraced by those ready to kill and carry out terrorist attacks . . . One of the main targets of this movement is in fact Saudi Arabia itself . . . They are more fearful than ever of those in their midst who want to overthrow the present regime and have an ISIS type nation. It’s like giving birth to a son who grows up and wants to kill you.  It has often happened in history.  The huge division between Sunni (like Saudi Arabia) and Shiites (like Iran) also adds confusion and fuel to the fire.

The best way to change is for people to be converted and transformed by Jesus Christ . . .  This is the information age. Let every government, church and institution put more money and time into reconciliation. Let every nation spend more money on literature, film and every possible way to tell our story. Let’s have that brilliant leaflet in many languages, not just in English, French, Spanish and German that will show people how wrong it is to take another life and especially a non-military person and by a suicide bomber. Just one key thing in such a leaflet as to how they harm so much their own family. These cultures are family oriented and we must make use of that. Let all of us in the so-called West including us Christians admit our sins and faults. Let humility and reality reign.

My heart weeps over increasing numbers of Christians who are opting out just saying, ‘it’s the end times.’ (Christian, scary, conspiracy books are best sellers). Christ is soon coming back and we cannot really do anything about the global situation. Election time makes people even more irrational. What Bible are they reading?

More than any time in history this is where the ordinary person just loving and making friends with a Muslim, yes, even a Mullah, will help determine the course of history and will for sure save lives. I honour at this time every Christian or anyone else who is purposely befriending Muslims. Even hardball anti-Christian politicians would honour this as what they might see as terrorist prevention. We in the so-called Western World are shooting ourselves in the foot with our so-called total free speech and hyper-democracy.

I know what I share here is only part of the answer, but for me it’s a vital part. Prayer is Priority, but prayer without action is NOT God’s way.”

The very best news: Muslims are coming to Christ in unprecedented numbers


Despite all these failings George has listed above, the following statistics are a great encouragement: the Lord is working in unprecedented power across the Muslim world, bringing people to Christ in ways and numbers not seen before!

Just as we pray on the Malvern Mashal regularly for Muslims who come to faith through Mission Africa, this gives us virtually endless scope to pray on a much broader platform!

May the Lord continue to use dreams and visions to break down prejudices and to start the process of drawing people to Himself – and may the Lord bless every Christian who has the heart, vision and the courage to reach out to Muslims for Christ. 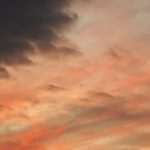 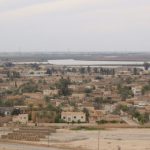 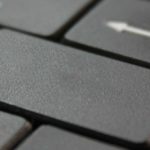 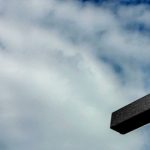 The Voice of the Martyrs