Praying with Yeshua ben Sirach for help to control our tongues

As a powerful antidote to the ways of the talebearer and the power of slander, we are sharing in this article some of Yeshua ben Sirach’s wisdom concerning the importance of guarding our heart and tongue. Sirach compiled the book of Ecclesiasticus, which can be found in both Catholic and Orthodox Bibles. The book, also known as Sirach, may not have ‘made’ it to canonical status in Protestant versions, but the Anglican Church regards it as suitable for spiritual education, and the relative unfamiliarity of these verses can cause these pertinent truths to strike home with fresh vigour. The whole idea here is to take time to pray with Sirach that we should not give room in our hearts and mouths to scorn and disdain.

As these verses will probably be unfamiliar to most of you, we thought you might appreciate hearing them spoken, and have set them to a powerful music by Dvorak and Vivaldi. Ros and I read the texts a few years ago with Alex McVickers.

Oh for a sentry to guard my mouth
and a seal of discretion to close my lips,
to keep them from being my downfall.

Lord, Father and Ruler of my life,
Do not abandon me to the tongue’s control,
or allow me to fall on its account.

Oh for wisdom’s lash to curb my thoughts
and to discipline my mind,
without overlooking my mistakes
or condoning my sins! (Ecclesiasticus 22:27-28:2)

A lash from a whip raises a welt,
but the lash from the tongue smashes bones;
Many have fallen by the edge of the sword,
but not as many as by the tongue.

Happy he who is sheltered from its onslaught,
who has not borne its yoke or been fettered with its chain;
for its yoke is a yoke of iron and its chains are chains of bronze
and the death it inflicts is a miserable death.

It cannot gain a hold over the devout:
They are not burnt by its flames.
But those who desert the Lord fall victim to it;
among them it will burn like fire and not be quenched.

As you enclose your garden with a thorn hedge
and take care to lock up your silver and gold,
so weigh your words and measure them,
and put a door with bolts across your mouth.

Beware of being tripped by your tongue,
and falling into the power of a lurking enemy. (Sirach 28:17-26)

When a sieve is shaken, the rubbish is left behind; so too do people’s defects appear when they speak – especially when they argue. As the kiln tests the work of a potter, so too is person tested in their conversation. The fruit of a tree shows the care which that orchard has received; so too do words reveal what a person feels (Ecclesiasticus 27:4-6).

“Refuse to tell lies, for no good ever comes from such a habit (Ecclesiasticus 7:13).

A lie is a foul blot in a man, yet it is constantly on the lips of the undisciplined.

Lying is an abominable habit. The liar’s shame and disgrace can never be shaken off (Ecclesiasticus 20:24, 26).

When a godless man curses his adversary, he is really cursing himself. A tale-bearing slanderer besmirches himself and makes himself hated throughout the neighbourhood (Ecclesiasticus 21:27-28).

Evil loses its hold on the man who hates gossip.

He who repeats an evil report has no sense.

Never repeat gossip, and you will not be reviled.

Unless silence makes you an accomplice, never betray anyone’s secret, for someone has heard you and watched you, and when the time comes will wait you.

Have you heard a rumour?
Let it die with you.
Be brave: it will not make you burst.

When a fool hears something, he immediately goes into labour, like a woman giving birth to a child.

Like an arrow lodged in the thigh is gossip in the breast of a fool.

Confront your friend with the gossip about him – he may not have done it; and if he did, he will know not to do it again.

Confront your neighbour – he may not have said it; and if he did, he will know not to say it again.

Confront your friend – it will often turn out to be nothing but slander; do not believe everything you hear.

Then, too, a man can slip and not mean it; which of us has not sinned with our tongue?

Confront your neighbour before you threaten him or break the friendship; this is the way to fulfil the law of the Most High (Ecclesiasticus 19:6-17). 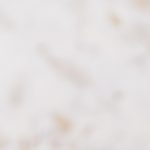