You will have been keeping up to date with the exceptionally tense situatuon in Venezuela, where so many are longing to come out from underneath the yoke of the President who has ruined the country financially.

I saw a woman relating that a box of eggs cost 4,500 bolivars one day and 10,000 the next. That is the devastating consequences of hyper inflation that is running at well over 1,000,000%.

Pray for the grace of God to touch Venezuela: its people, politics, and food and medical supplies regime – but don’t forget to pray for Colombia, too.

This article from the BBC website is a useful starter.

The world’s attention is focusing on the standoff at the Cucuta bridge, but this article focuses on the Simón Bolívar bridge and provides further insight into life on the Venezuelan border.

According to the chart at the end of that article, Columbia accepted a million escapees from Venezuela in 2018 alone, which is placing an unprecedented strain on a nation still seeking to recover from its own deep troubles. Peru took half a million too, and the US, Ecuador, and Spain all taking over 200,000 each.

Simon Reeve presented an encouraging documentrary on BBC on the transformation that has come to many Columbian cities, and the progress that is being made against the drug cartels, but he highlighted that present gains should not be taken for granted.

What he did not relate, of course, is the immense spiritual effort that lies behind this transformation. We are talking about evangelism and revival of a kind throughout South America that far exceeds anything known before, from an estimated 10,000 Pentecostals in the year 1900 to 200+ million today. This doesn’t make anything perfect but it is massively encouraging. 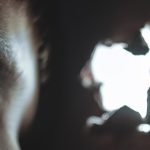 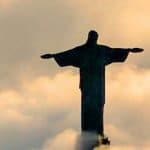