Lord, we’re calling on You for all who are living and dying in Syria, so many of whom are experiencing extremes of loss and hunger. Come close to each one who is internally displaced in Syria, or forced to flee from the home and country that they love and who are making the trek to neighbouring lands, or setting out on hazardous journeys to the perceived safety of European nations.

We pray for those caught up in the desperate tragedy that continues to afflict Syria in ways that are only too reminiscent of the ironclad siege of Leningrad. Let our hearts be tender and our prayers strong as we lift people who are shrouded in sadness before Your throne.

Even in the midst of so much rubble and trouble send forth Your light and truth. Let today be a day of salvation, when You make use of every possible way to make Your Word come alive in bruised and battered hearts.

Saviour, send Your redeeming power afresh today to accomplish a work of deep release right across the Middle East, both to those already called by Your name and to those whom You are calling. Watch over their coming and their going, and be with each one forced to flee their home and roam on foreign soil.

We give You the millions who find themselves dislocated in Jordan and Turkey; we pray grace upon those countries to cope with this huge and in all probability long term influx – and the grace of God to each family and person living in temporary shelter at very close quarters.

We pray especially for the work of God in Turkey, which is bearing the lion’s share; but also for the more than one million Syrians now living in the Lebanon, where every job they take risks taking away the livelihood of a Lebanese person and so increasing the risk of conflagration. Be with hosts and guests alike and watch over this increasingly troubled land.

Be with those travelling on their own, in family groups, or going ahead on behalf of their families.

And since more than 50% of Syrian refugees are unaccompanied children who have lost everything, we especially ask You to lead and watch over the children, because they are being forced to live and act beyond their years.

Enfold older people across this whole arena, as well as mothers and fathers who have suffered the extremes of trauma.

Lord, You see and hear their desperate cries, and the seemingly endless tramping of feet in search of a new life in a Europe that is currently feeling overwhelmed as tens of thousands knock at its gates.

We pray for those involved in diplomacy and negotiations with Turkey and the other nations most directly involved. We pray especially that You will overrule the full expanse of its political stance, and keep it from becoming the gateway for a spear thrust of ISIL into the European nations.

Thwart the actions of the people traffickers, Lord, who are exploiting the naïve and vulnerable, and speak loud and clear to each one what is wise and best for them to do, as surely as You told Mary and Joseph to go down to Egypt. We pray for the navies of different nations involved as they seek to clamp down on the work of the people smugglers; may they be in the right place to rescue those in danger on the seas.

Bless each Christian agency involved in meeting refugees as they come ashore in Greece, and provide the welcome basics of food and clothing and shelters. Empower all who are working hard to place the Word of God in people’s hearts and hands.

You who see all the longings and aspirations of the human heart, and who know who belongs where, decree who shall pass within European gates. Stretch out Your hand from the courts of the Lord where the real decisions are made concerning all events that unfold on Earth. 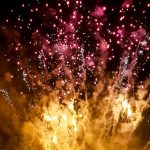 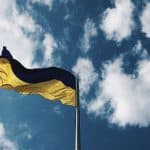