“Lord, the God of heaven, the great and awesome God, who keeps his covenant of love with those who love him and keep his commandments, let your ear be attentive and your eyes open to hear the prayer your servant is praying before you day and night for your servants, the people of Israel. I confess the sins we Israelites, including myself and my father’s family, have committed against you. We have acted very wickedly toward you. We have not obeyed the commands, decrees and laws you gave your servant Moses.

“Remember the instruction you gave your servant Moses, saying, ‘If you are unfaithful, I will scatter you among the nations, but if you return to me and obey my commands, then even if your exiled people are at the farthest horizon, I will gather them from there and bring them to the place I have chosen as a dwelling for my Name.’

We have been following the story of Nehemiah as he prayed and fasted before the Lord on behalf of his people back in Jerusalem. In this Manna for the Soul we are going to leave the literal context behind, and pray for a matter that is on so many people’s lips around the country these days. There is no doubting how intensely people feel about this.

Throughout Scripture we come across the oft repeated theme that it is the Lord brought His people up from the land of Egypt. However in Amos 9:7 we also find Him describing how ‘He brought up the Philistines from Caphtor and the Arameans from Kir.’ He is concerned for people’s whereabouts as well as their wellbeing!

The Lord has seen all the people who have entered our land who should not have done so, as well as those who had entirely legitimate claim to be here, but who were prevented from doing so by the decisions of our courts and agencies.

Major questions about the treatment women are receiving at the UK’s largest immigration removal centre Yarl’s Wood near Bedford have now been brought to the public attention.

One report suggested that one in five women have attempted suicide while waiting in the largest of these asylum clearing detention centres, which is led by Serco.

We have been much involved recently in praying for certain refugees who have been approved by UNHCR, who have also specifically recommended that these people come to Britain, but have found the Home Office refusing them. The numbers involved are tiny, and considering that they have already been been fully vetted this feels most unfair.

This is part of a much wider issue, of course, of which the pressure currently being exerted on the UK government to accept more refugees from Syria is but the latest manifestation.

News reports have been coming out recently of appalling things happening to women who have already experienced horrific abuse in their original countries as they try now to process their application into this country. We have so much to repent of as a nation that the borders of our country have long been inappropriately porous on the one hand, and only too rigidly tight against those who really need to be here.

Pray for all involved in the work of immigration and asylum – and especially for the people most directly affected, who are crying out to the Lord to bring them safely in. Please remember our daughter Ruth, too. She is continuing to do a really good job in her new role working with children and families who are seeking asylum when they first come to Edinburgh,. She is being well supported in this role and has responsibility for heightening awareness of their needs across numerous other professions in the city, (legal, police, health professionals etc)

Seven years ago when praying for our borders, I wrote these words:

Father, we confess we have kept out of our land
many who needed to be here
and have sent so many away to a desperate fate.

We cry to You take up sword and buckler on behalf
of how each person’s application is processed,
and fight for those who need to be admitted.

Yet our land lies open to those
who have no love for You or heart for our nation,
the borders so porous that
we are laying up a poison pill of trouble
from those who wish us serious ill.

In this time of unprecedented migration,
that make the administrative task enormous,
be with each person and family who comes in
or who move home again.

Watch over their coming and their going,
both now and for evermore. 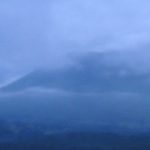