Manna for the Soul


Manna for the Soul
Saul, Philip and The Danger of Time-warping each other

Suppose someone at a group you were in at the age of five broke one of your toys. Just think how detrimental it would be if from then on you constantly associated this person with clumsiness or even deliberate spitefulness!

That may sound a rather extreme example, but it is easy to time-warp people we may not have seen for some time – especially if we have got certain characteristics so firmly fixed in our thinking we find it impossible to believe that they have moved on from there.

One of the definitions The World English dictionary offers for time-warping is: “an illusion in which time appears to stand still.” It can only be an illusion because in reality people and time have moved on. If you have children, have they never said to you, “You’re treating us as though we were still . . . years old!”?

Sometimes what we felt about people years ago was entirely authentic, and is duly confirmed as time goes by. In other cases our perceptions change significantly, either because the other person changes or because we become aware of hidden depths we had missed before.

Quite understandably, the disciples in the early church were in danger of time-warping Saul. After all they had every reason for mistrusting him! (see Acts 9) Had it not been for Ananias’s openness to God they would have missed the miracle that God had done in Saul’s life, and hampered all that God intended to do through him.

Or think about Philip. Philip is a Greek name, implying that he had some Greek lineage and presumably spoke the language. Alone among the disciples, Philip was willing to administrate the church’s welfare program on behalf of Greek speaking widows. Isn’t it interesting that Jesus had specifically tested him in matters concerning “food provision for multitudes” in John 6:5-7? It was also Philip’s request to Jesus to show them the Father, that opened the way for the Lord to provide vital teaching first about the unity of the Father and Son, and then about the intimate authority we are to have in prayer and action through Himself.  (See John 14:8-14)

Later it would be to Philip that the Greeks who were interested in meeting Jesus first came (John 12:20 ff).

Perhaps the revelation of Jesus as He is in glory to John on Patmos was given in part to avoid the Church time-warping Jesus into thinking of Him only as He was during His earthly ministry.

Time-warping is a distortion of space and time. Science hasn’t mastered this yet, but the Holy Spirit led Philip to leave a revival ministry in Samaria and to go a long way away in search of one particular person whom the Lord had in mind for him to meet on a lonely wilderness road. (Acts 8:4-8, 26ff) Philip had the skill and courage to approach the traveller and explain the Scriptures to him. And then the Spirit literally transported Philip some thirty miles away to the coastal township which the Old Testament knows as Ashdod, where he continued his ministry to the non-Jews for a season.

Saul of Tarsus, Philip from Bethsaida . . . Just like us these men became something entirely different from how they once were. Pause for a while and let the Lord bring a number of people to mind who you may be in danger of time-warping. Bless them for who they are becoming – and above all relate to them as they are now. 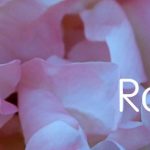 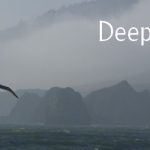 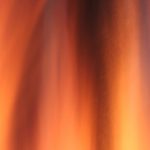 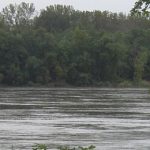