And at that hour there was a great earthquake, and a tenth of the city fell. Seven thousand people were killed in the earthquake, and the rest were terrified and gave glory to the God of heaven. (Revelation 11:13)

Many Christians were killed while at church when the 7.8 quake – ten times greater than the one that struck Haiti in 2010 – devastated the mountain kingdom of Nepal. We wanted to provide some links to resources to help focus our attention on this small country that has often been extremely intolerant of Christians.

Within a couple of days of the quake hitting everyone was feeling overwhelmingly weary. Thousands have been devastated by grief and loss. Pray for all who are mourning.  For others there is a terrible sense of listlessness, which is common in the aftermath of extreme trauma. When the immediate shock and fear subside, uncertainty takes over. Pray for all who have to make decisions whilst processing their own emotions. Pray too for all who are working to restore water electricity and other communications.

Peter Dixon, a friend who has worked in Nepal, writes:

“Nepal is one of the poorest countries in the world. It has suffered decades of political instability with frequent changes of governments. More recently there has been a ten-year civil war followed by a lengthy period of political wrangling, which has so far resulted in an inability to agree a constitution. This has left a huge vacuum in effective governance. By all accounts it remains a notoriously corrupt political system.

The earthquake has disproportionately affected women, children, the elderly and the sick, the reason being that there has been a huge diaspora of Nepali men as migrant workers in India, the Middle East and elsewhere. Pray that Christians would be resourced with wisdom and strength as they care for those that are suffering. Pray that God would reveal Himself to Nepalis as the one true Living God.

Landslides have decimated 80% of many remote villages. Accessibility to these villages in normal circumstances is difficult, involving several days walking, and has been severally hampered by bad weather, obstructed roads, and the limited number of helicopters. This will only worsen as the monsoon approaches (due mid to late June) which annually brings landslips and disease.

Pray for effective coordination between the local authorities, military and rescue teams. Since tens of thousands of people have been injured, pray for speedy medical attention so that conditions don’t worsen, particularly in remote villages that are several days’ walks from health posts. Recent news suggested increased disease is imminent due to lack of clean water which will only be exacerbated when the monsoon rains arrive.

There are countless spinal cord and crush injuries which will present problems for long-term rehabilitation. People in remote villages will need access to care despite the logistical difficulties of visiting medical camps or being transported to rehabilitation hospitals in urban centres like Pokhara.

Following the initial crisis, as most people are subsistence farmers, those that have survived will have lost the crops that they are dependent on for next year as well as the loss of many of their animals in the quake. Buffaloes are essential for milk and meat but also for tilling the land for the rice harvest, which will have been destroyed in many areas. We gather that many people were mercifully spared death or serious injury because the quake hit during the day time when many would have been out in the fields.”

INF report that their whole staff “need prayers for our emotional health over the next few days. The trauma of what we’ve seen and experienced is starting to settle in and the battle with exhaustion is ongoing. Our Lord is faithful. Your prayers are effective. And we rest in the truth that all things work for the good of those who love Him.”

They ask that we pray specifically for Chris Drew as he cares for and organises the INF team in Kathmandu, and for a team of medical specialists who have been deployed to set up a relief camp in Ghorka, one of the worst affected regions. Pray for their safety and effectiveness.

The earthquake has toppled countless idols in Nepal. They cannot save the nation. May the Lord be at work through every humanitarian disaster committee and endeavour – but also behind the scenes in people’s hearts to bring many to Himself.

Please be aware and take to heart the great danger many women and children face of being sex trafficked from Nepal to India and South East Asia – a risk at all times but still more so in the aftermath of the earthquake.


Between fifteen and twenty thousand young people were abducted from Nepal each year before the earthquake, and things are worse now that so many  are entirely destitute. See amongst other sites:  http://www.himalayan-foundation.org/projects/girl-trafficking?gclid=CLjCtu7Pr8UCFfMZtAodTU0Ang   Most commonly, women are duped by promises by people whom they already know and forced to live in horrendous conditions.


The link below points us to a moving version of the Taize chant Dona Nobis Pacem, which seems particularly relevant to send out in memory of the many who have lost their lives in Nepal, and to pray for all who are seeking to reach out to them. 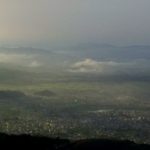