Hanani, one of my brothers, came to visit me with some other men who had just arrived from Judah. I asked them about the Jews who had returned there from captivity and about how things were going in Jerusalem.

They said to me, “Things are not going well for those who survived the exile and have returned to the province of Judah. They are in great trouble and disgrace. The wall of Jerusalem has been torn down, and the gates have been destroyed by fire.”

Many of us are so self-contained (or do I mean self-centred?) that we tend to be more eager to share our news than to find out what is going on in other people’s lives. It’s all part of the tendency to be parochial – that is, to be interested only in things that are directly related to our own circumstances.

Without in any way neglecting our own responsibilities, may we be sympathetic when asking questions of the people who come across our path – especially those who clearly feel a prompting to be in touch with us. It’s so important not to miss what the Lord may be wanting us to do or to discover together!

There are right and wrong times to ask searching questions – and a right and wrong spirit in which to ask them. We’ve all done it – breezed up casually to people before or after church and asked someone far too glibly how they are without really wanting to know the answer. We’ve all been on the receiving end of such well-meaning questions, too! This is something that is worth giving thought to!

I suspect that there have been times when a cheery ‘How are you?’ is the last question you want to hear. It may even have made you want to avoid that person altogether! The way we ask such questions, and the leeway we give them not to answer the question directly, calls for etiquette, wisdom and discernment.

Many put on a, habitual ‘I’m fine thank you’ sort of face effectively cuts the conversation dead. By contrast, regular ‘gushers’ need only the slightest of invitations to pour out a jet stream of their troubles and uncertainties. ‘Better out than in’ may hold true for some things, but too much spouting causes a great deal of ‘spray’ — and may make people less willing to ask such questions at another time when some interest would be really appreciated! Perhaps we can pray something along these lines: ‘Lord, help me not to gush inappropriately, lest I overwhelm the person I am sharing with!’

In the split second between someone asking us the question and our needing to make a reply, many calculations may be going on internally. Has the person asking the questiom either the capacity (or the sympathy) to bear the load we are about to dump on them? It would be unwise to dump a ten-ton load on a bridge designed to withstand far less!

Perhaps we can pray something along these lines: ‘Lord, help me not to gush inappropriately, lest I overwhelm the person I am sharing with!’

We must be careful whom we share our deepest heart with. Human nature being what it is, sharing our weaknesses with certain types of people may incline them to feel superior to us. They begin to define us as “having the problem that we have shared with them”.

When someone enjoys the sense of being strong at a time when others are weak and vulnerable, or putting on a holier than thou attitude, we simply don’t sense sufficient authenticity to want to open up.

Just as the Lord reserves the recounting for the things that distress Him with those who draw closest to Him, so it is wise to make oneself vulnerable only with those who have the maturity to cope with it.

It is not wrong to be somewhat cautious, therefore, how we answer this seemingly simple question. To be discreet is not at all the same thing as being a hypocrite! We can be sure that Jesus would have shared certain issues with Peter, James and John that He would not have mentioned to the seventy two disciples, let alone to people He met and ministered to in the street. Just as the Lord reserves the recounting for the things that distress Him with those who draw closest to Him, so it is wise to make oneself vulnerable only with those who have the maturity to cope.

It is perfectly alright to say that ‘there are problems’ or ‘we are going through a tough time’ without needing to go into all the details. Jesus “knew what was in a man and therefore He did not trust Himself to them.” (John 2:24-25)

Application: Jesus, You knew exactly how to ask people the right questions. Give me wisdom when to ask, and what to ask – and when to keep quiet ‘just’ to pray!

Sharing that releases others

We have often found that sharing the difficulties that we are going through helps others to speak of their own difficulties.  Nearly a decade ago we took a calculated decision to share in as much detail as was appropriate about a prolonged season of extreme pressures that Ros was going through at work. We were  taken by surprise by the number of people who got in contact to share dreadful experiences they too had had of severe intimidation in the work place – and the appalling toll it had taken on them. We would almost certainly have remained in the dark concerning these people’s sufferings unless we had ‘made ourselves vulnerable’ and shared up in the way that they did.

When people are going through difficult times, and I sometimes adopt the tactic doctors often when they can see a patient skirting round the real issue and move as if to draw the session to a close. It is amazing how often person then says, ‘Oh, by the way . . .’ and proceeds to share the matter that is really troubling them!

When you can share your problems openly it draws others into your pilgrimage. So often we give testimonies when a situation is nearly wrapped up and concluded. “I had a problem . . .. but God sorted it out.” By contrast, sharing it with others when you are actually working it through together can do wonders to develop your relationship with that person.

This is, of course, is a potential two edged sword. As surely as sharing our difficulties in such ways often turns out to be prophetic and profitable, there is also the risk of intruding further than people are ready to go. Some time after Ros’s painful experiences, she was well aware that the bulk of her grief was still locked up inside her, as it were in a vault.

When some friends came round to dinner, I made the mistake of trying too hard to flush some of this hurt out into the open, thinking they would be an ideal couple to pray with. It turned out to be entirely the wrong time, and it hurt her badly. A few days later, when some other friends came round, and we were praying, the Lord Jesus met with Ros in a beautiful way. As His presence increased, He drew the sting of the grief out as it were in one fell sweep. What my insensitive probing had failed to do, the presence of God did beautifully.

We do not need to apologise for not opening up fully, therefore, no matter how hard people push: ‘No, how are you really?’ With practice we learn to tell the difference between self-appointed counsellors who are ‘trawling for business’, gossips who are out for some tasty titbits and those who love and care for us enough to ask the same question from a heart full of concern for our well-being.

All this is a matter for discernment and indeed for trial and error as we seek to consider their ability, discretion and trustworthiness. More than anything else, it comes down to the condition of their heart. Suppose you choose to make yourself vulnerable and reply, ‘Actually, I’m having real difficulty trusting the Lord about . . .’ The person looks down on you from their supposedly more spiritual standpoint and unthinkingly responds, ‘all you need to do is to trust the Lord, brother!’ The effect is to make you feel as though they have kicked you hard on the shins!

But then you go to another person and share precisely the same thing, and they reply, perhaps after a moment’s reflection, outwardly in exactly the same way:  to the same effect, ‘Hmm – just trust the Lord, Robert!’ This time, instead of being made to feel small (which is liable to make you cross and less inclined to be open, you find your trust levels beginning to rise again.

The difference does not consist of them speaking in a more sympathetic and soothing voice: you sense that this person has one ear on the Lord and one ear on you. Without knowing all the ins and outs of our situation, you are confident that they have taken the matter to the Lord, and gained His reassurance that they can reassure you that He is in charge! Such reassurance is priceless.

Application: Do you know someone today who is ‘in great trouble or facing disgrace?’  How would the Lord have you reach out to them?

See also: What do you say when someone asks you in the church foyer ‘how are you?’ 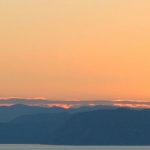