Keeping our eyes on Russia

At a time when the attention of the West is inevitably being distracted by the sight of political heavyweights slugging it out for the prize of the White House, the major push to retake Mosul, and the unspeakable horrors inflicted on Aleppo, it is no surprise to find Russia asserting itself in ways not seen since the fall of the Iron Curtain. The question is to what lengths newly revived Russia is prepared to go – and to encourage us to play our part in prayer.

There has been a great deal of speculation as to whether the increasingly frequent large scale military and civilian exercises in Russia are a warning sign that the renewed Cold War is about to explode into an extremely hot one, whether in Syria, Ukraine or elsewhere.

Most commentators would certainly agree that tension with Russia has reached levels not seen since the Bay of Pigs Cuban missile crisis over fifty years ago; and that escalation – whether fully intended or not – could very easily occur now, especially with so many coalition forces being involved over Syrian air space, a new degree of rapprochement between Russia and Turkey, to say nothing of Russia’s renewed ties with China.

The following are a sample of the many such articles sounding alerts:

7 ways Russia is telling its people to prepare for war, ABC news.

Russia is preparing for war in the media, but not in the budget, Moscow commentators say

So how seriously are we to take these warning signs? It would seem obvious  that Russia is sounding a very clear signal to America to keep its distance and permit it to achieve whatever it wants in Syria. What is not in doubt is that that Russia has successfully upgraded its armed forces in ways that NATO has not even begun to match.

There is no room whatsoever, therefore, to be complacent. What was once an ideological battle between western democracy and Russian communism is now being seen more as a battle between deep seated conservatism in the Russian elite (combined with imperial ambitions) and the liberal and increasingly unfocused West.

And whilst China is not actively seeking a war with America, it is certainly the case that it is fed up with American opposition to its well-publicised (and widely condemned) advances in the South China Sea – and that it would fight aggressively if it felt it was being pushed too far. Taking on two superpowers at once would stretch American forces too thinly.

I’m sure that most of us are already in that place, but if we are not, it is surely time to resume our positions on the watchtowers, as we did round towards the end of 1979 when Russia invaded Afghanistan, and then again during the Fall of the Iron Curtain countries in 1989.

By the way did you know about “The Singing Revolution”, the unbroken chain of two million people holding hands over 600 kilometres that played such a powerful part in bringing about freedom from Soviet control to Estonia, Latvia and Lithuania?

What is important to recognise now is just how keen Russia might be to regain control of these countries by claiming that many there who still speak Russia. (We saw in the last edition, in the article Revived Russian Imperialism, that this has often served as an excuse for Putin to invade militarily in a region). The Baltic states are very concerned at just how swiftly military exercises could switch to full blown invasion. Like Ukraine, the Baltic States have been on the receiving end of serious cyber attacks.

Scandinavia is another theatre that fears Russian expansionist plans. Finland is not part of NATO, and is the acutely vulnerable. Its air space has been repeated probed by Russian planes, and it has actually had to resort to depth charging a suspected Russian submarine, as well as taking the unparalleled step of mobilising nearly a million reservists.

Finland tells 900000 reservists their roles in the event of war.

Norway is also preparing. See amongst many such links,

Why is the US storing new tanks in hidden Norwegian caves

Counting down to a Russian Invasion of the Baltics

It would be as unwise to overlook this ever deepening Russian military build-up as it would have been to ignore German’s rearmament and expansionist moves during the 1930’s. At the same time nothing is inevitable. It is certainly time to pray for right decisions to be made by both political and military leaders in each of the countries most closely affected so that the Lord can fulfil all the plans and good things He longs to do in and through the Russian people. 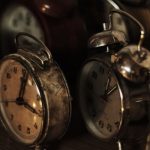 Why Salisbury is a wakeup call for our times