One of the highlights of my trip to Haarlem was my visit to the perfectly preserved house where Corrie Ten Boom and her family served as jewellers and watch menders. It is an extraordinary story. Corrie was already into her fifties when her family opened their door to an astonishing number of Jews on the run from the Nazis. Most of the eight hundred plus Jews who came through their doors were passed on to be cared for by others in the Resistance, but some continued as guests of the Ten Booms.

It is nothing short of a miracle that the Ten Booms were able to operate for as long as they did in a town swarming with both Germans and those willing to betray for cash. The story of how the family was finally betrayed, leaving six Jews to somehow survive for 48 hours in the incredibly cramped hiding place at the top of the house before being set free by the Dutch underground and making good their escape over the rooftops, has become known across the world as the result of the film The Hiding Place.

I have often shown this to youth groups over the years – and always find something new to admire every time I watch it. It is available on Youtube.

We featured something of Corrie’s story in a recent Mashal. Like almost everyone who visits her house, I had a deep sense of the Ten Boom family still being there in their house.

We featured something of Corrie’s story in a recent Mashal.

On my first night in Holland, just a couple of hundred yards away from the Ten Boom’s house, I found myself reflecting a good deal on how an entire Jewish culture was all but wiped out across Europe by the ruthless Nazi war machine, particularly in the eastern countries, and how the Lord saw it all and still remembers it so clearly. In Holland a higher percentage of Jews were sent to concentration camps from Holland than from anywhere else in Europe. This was because the Dutch authorities kept such excellent records, it was only too easy for the Nazis to round up the Jewish families.

It got me thinking of other cultures that have been suppressed, including the thriving Anglo-Saxon civilisation that the Normans sought most deliberately to suppress by removing all records, be they poems, writings or even commercial transactions which would have revealed just what a thriving economy England had enjoyed in the year 1000 before further Viking raids weakened it again.

England was indeed, in many ways at that time, the most advanced society in Europe. What little survived the Norman depredations was destroyed in the aftermath of Henry VIII’s dissolution of the monasteries, with vital manuscripts were either put to menial use or being destroyed outright, as I discovered from reading Robert Lacey and Danny Danziger’s excellent and well researched book The Year 1000.

This has a great deal to do with why there is so relatively little surviving material from the Anglo-Saxon period, whether in terms of poetry history or commercial dealings. At its best, Anglo-Saxon society ill merited the term the Dark Ages.

We do not have to look far in today’s society to see whole swathes of people who have been cruelly oppressed, as the Jews in Europe at the hands of Adolf Hitler being but a prime example amongst others of ethnic cleansing or suppression.

Pray for all such societies as come to mind; not least the Christian tribes in Myanmar. 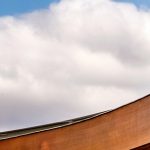 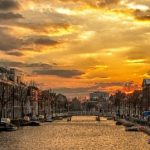 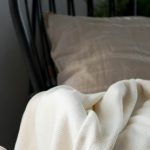 Hygge: a huge blessing but in its own way a huge challenge to faith