When the Grief is all our own Fault

When Grief is all our own Fault

Won’t you look and see how upset I am, O Lord?
My stomach is in knots and my heart is broken
because I let You down.
Lamentations 1:20 (9)

Many times in the Psalms, we hear David praying that God will not abandon him. During times of stress and grief, we will doubtless echo his words many times over, but the reality is that it is we who let the Lord down rather than He who deserts us.

Back in 1981 the Lord called me to start a prayer and worship organization that would draw people together from across the denominations. We made it our aim from the outset to pray for wider matters, trusting that the Lord would take care of our needs as we did so.

We soon reaped the benefit of this. Many were healed, filled with the Spirit and commissioned for new seasons of ministry without much need on our part to “push” conventional ministry. Beneath the surface, however, a crisis was brewing. The Lord insists on heart unity amongst His people, but there were underlying tensions within the original team, combined with mistaken emphases, for which I, as the leader, must take the lion’s share of the blame. The time came when the Lord judged that we were no longer honouring each other sufficiently – and He determined to do something about it.

I often find that the Lord speaks to me in the twilight moments between sleep and waking. One morning in early 1985, however, the Lord told me something that I did not in the least want to hear: that the ministry team I had founded was going to unravel – and that I was going to find this hard to cope with.

The day before we held a “make-or-break meeting” with the man who oversaw our ministry team, I was acutely aware that the signs were pointing firmly to it being more “break” than “make.” I was in the local swimming pool, when the Lord suddenly overwhelmed me with a strong sense of His presence. I can remember that enveloping sense of warmth even now. For a moment I resisted it: “Are you giving me this lovely sense of Your presence, Lord, because things are going to go wrong tomorrow?” I asked suspiciously.

The special Presence lifted somewhat. “What happens tomorrow is for tomorrow,” the Lord replied; “but I want you to enjoy today!” I realised, of course, that He had by no means given me any reassurance that things would be resolved – which is hardly surprising in light of the fact that the meeting hastened the parting of our ways as a ministry team.

How right the Lord had been when He said that I would find His decision hard to cope with! Shocked to the core of my being that there had been no last minute resolution, I ended up taking many long walks through the lovely Cheshire countryside that spring, pouring out my hurt and insecurities to the Lord.

I remained in a state of shock for the next few months. A major part of the problem was that I could not in all conscientiousness take any comfort in laying all the blame for what had happened elsewhere. The truth was that we had become over intense, and carried away with our own visions, albeit with every possible desire to serve and honour the Lord (which I am sure He took into account). Nevertheless, the Lord could see further ahead down the road we were advancing along and judged it best to bring matters to (what felt to me at the time) a brutal closure.

When we know that we have brought the greater part of our suffering on ourselves, it is easy for our thoughts to become circular. Even hindsight risks becoming an enemy as we go over and over events in our minds: “If only I had realised what I was doing, I would never have . . .” But this of course merely induces still more stress in our body, mind and emotions.

Shafts of condemnation stung me repeatedly, until I felt like I was scything my way through a nettle patch. Along with bucket loads of unhelpful remorse came genuine Holy Spirit conviction: we really had become too intense for our own good! The path to restoration usually lies by embracing a path that at first sight appears decidedly gritty rather than motorway-smooth: the Royal Road of Repentance.

By God’s grace, our errors were primarily examples of over-eagerness and mistaken emphases. They were certainly not in the same league as King David, who committed adultery and, worst of all, was responsible for taking another man’s life. For the sake of his psychological well-being as well as his spiritual restoration, it was vital that David faced up to these things.

As for so many of us who have blind spots, he needed help to do see his faults, which is why the Lord sent the prophet Nathan, first to expose his sin and then to warn him of its consequences.

To his credit, David faced the challenge head on – at which point Nathan reassured him that although the fallout would be serious, it did not mean that God would no longer be with him.10 After all, coming to our senses is, for many of us, just the starting point for living in the clean and authentic fear of the Lord.

The experience left David chastened and humbled. Less complacent now than when he had first declared, “I will never be shaken,” subsequent events make one inclined to feel that he sometimes wondered if God really would continue to intervene on his behalf when major challenges came his way. The way he responded to the threats posed by Shimei and Absalom, for example, hint at the extent to which his sins had scarred and undermined his soul.11

By God’s mercy, David’s illicit relationship with Bathsheba was no more the end of the story for him than it was for us once we realised our mistaken emphases. This is such an important point that it is worth exploring it further. The Lord does not wish us to live bowed down by the weight of mistakes we have made in the past – but it is wise to realise that they may be pointing to a fault line in our make-up.

The Lord finds many ways to initiate new beginnings out of the seed of our failures – provided we do not slip back into old ways when times get easier and the pressure is off.

Two thoughts are going through my head as I write these words. Firstly, I would almost certainly not be writing this book now had I not been through so many griefs and failures myself. Secondly, the Lord has fulfilled many of the things I believed He promised us at that time – but in a completely different way from how I imagined. It was my striving to reach that place ahead of time that caused the problems. Effectively, I fell into the trap of making the vision more important than anything else – like honouring each other.

When the Lord discerns soul disease in the “tree” of our life, He may choose to perform the equivalent of a “Nebuchadnezzar” experience, and cut it right down. There is nothing cruel or capricious about this, but rather immense love and wisdom. Although we may not realise it at the time, He may graciously leave a stump in the ground, from which, new and better seeds will sprout in due time.12 When the axe falls, however, it is easy to convince ourselves that “all is lost” when, in reality, it only feels as though everything is falling apart.

Sadly, the reverse can also be the case. It is much harder for the Lord to rebuild and restore our lives if we harden our hearts and insist that we “were in the right,” for the simple reason that we never reach the starting gate of repentance. A man who remains stiff-necked after many rebukes will suddenly be destroyed without remedy (Proverbs 29:1).

It seemed incredible to me that all the plans we had envisioned together had suddenly fallen into the ground. When you firmly believe that God Himself had given these plans, the shock is doubly great. Questions pounded through my mind; would the Lord somehow put everything right even beyond the eleventh hour? Or was He enforcing this “break-up” for His own reasons?

To put this another way round, there is no way that I could have escaped the Lord’s discipline by holding up the promises He had given me, and by exercising more “faith” in them. There are times when the Lord prunes unflinchingly – but He is always on the watch for those signs of repentance that will enable Him to intervene in mercy.

O God, You know how foolish I am;
My sins cannot be hidden from You.

Don’t let those who trust in You
Stumble because of me . . .

Against you, and you alone, have I sinned;
I have done what is evil in your sight.

Restored to Refresh
But as for me, my feet were nearly slipping.
Psalm 73:2

Child, you came within an inch of a mile
of losing the gift I put within your grasp;
but with a millisecond thrust of My perfect timing
I swept to your aid and cushioned your fall.

Reproved, restored, refreshed, revived –
with an edge of wisdom not there before –
and a dash of pride-resistant humility.

Fence-mender and hope-restorer,
you now exude My peace,
and bring My special grace to those
who roam and rove from safety moorings,
and stray to the lip of the bottomless drop. 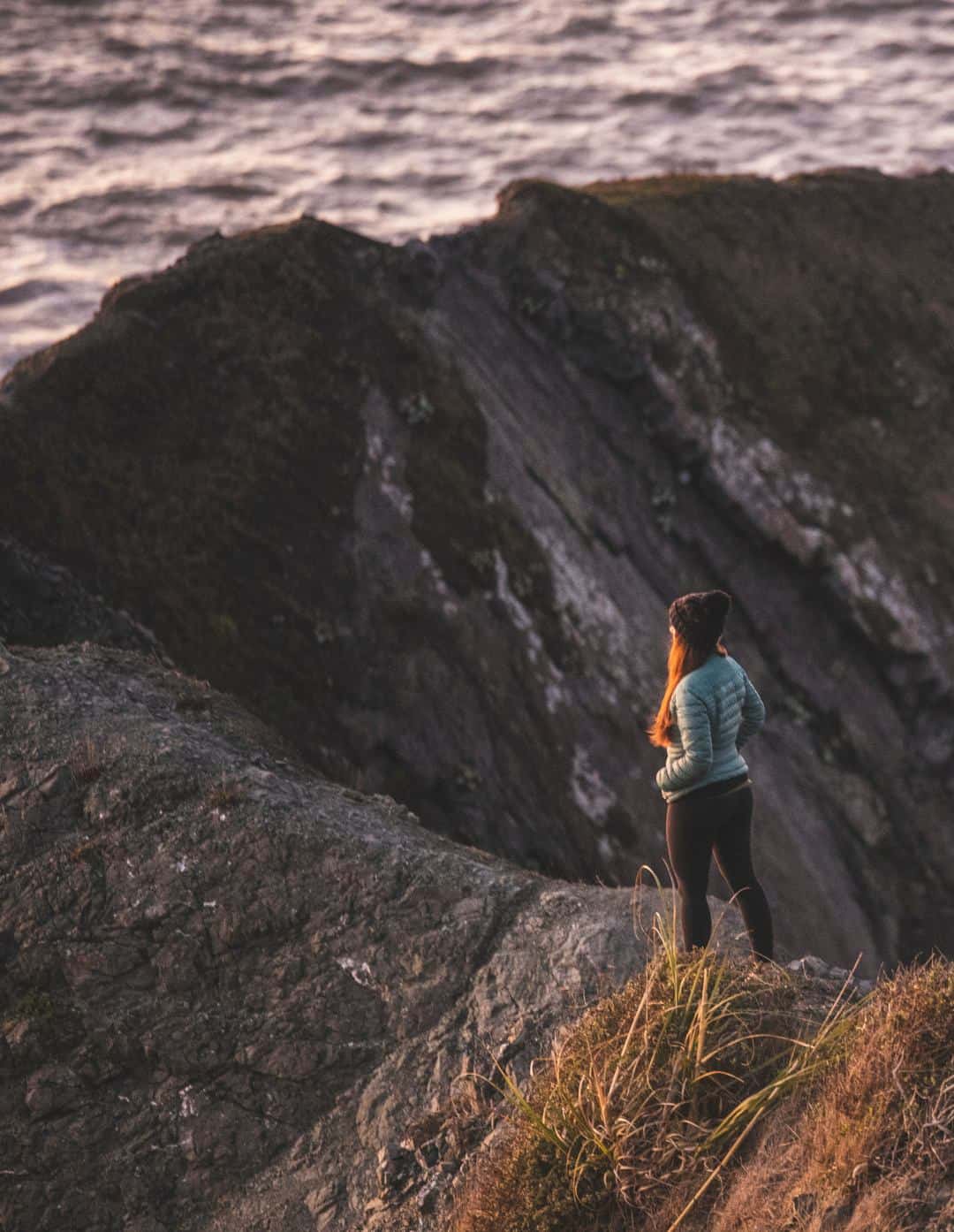