When the Grass Appears Greener

When the Grass Appears Greener

I thought to Myself, “I would love to treat you as My own children!” I wanted nothing more than to give you this beautiful land – the finest possession in the world. I looked forward to your calling Me “Father,” and I wanted you never to turn from Me. But you have been unfaithful to Me. You’ve been like a faithless wife who leaves her husband.
Jeremiah 3:19-2

The opening chapters of Jeremiah contain some of the most poignant and tender laments in the Bible. It hurts the Lord who has done so much for His people when they prove as unfaithful to Him as a wife who deserts her husband and runs to take another. For Jeremiah, as for Hosea, there can be no greater sin than turning our backs on our Heavenly Lover. It grieves Him deeply – and He misses us!

It is by no means always as the result of some crisis that we fall into the habit of neglecting Him. it can happen at any time. And the moment we cease seeking Him actively, we lower our spiritual shield and effectively exchange the truth about God for alternatives that, however sensible and even good they may feel to be, do nothing to draw us closer to God. (Romans 1:25). In reality, they incline us to become ever more self-sufficient and less inclined to commit every aspect of our Lord to Him, and to trust Him to be at work.

This is every bit as true for matters of the heart as for our theology. No wonder Paul warned Timothy:

Keep a close watch on how you live and on your teaching. Stay true to what is right for the sake of your own salvation and the salvation of those who hear you.
1 Timothy 4:16

When marital relationships are at a low ebb, for example, it is easy to fantasize that some other relationship will prove far more fulfilling – especially if it has the additional advantage of appearing to offer a way of escaping heavy-duty responsibilities.

For many years, Carlene8 prayed for her husband to come to faith. This did not happen, however, and they moved to a remote part of the country, where the way was left wide open for a full-blown affair to develop – which she managed to keep concealed.

One year later, however, her husband was spectacularly converted! Because Carlene was so committed now to her new man, however, she was unable to rejoice at something she had once prayed for night and day coming to pass.

It was at this point that she rang to let me know that she was on the point of leaving her husband. Knowing him well from his pre-Christian days, and recognising that this was a make-or-break moment, I prayed for the Lord to give me wisdom – urgently! Into my head popped an article I had read in the National Geographic Magazine, which describes in graphic detail the ‘science’ that lies behind such infatuations, and how they are a psycho-physiological process which closely resembles both a mental illness and an addiction.

The important thing I had noted is that they come with a shelf life attached to them! In other words, that a time comes when it is as though a master valve in the brain suddenly switches off the “chemistry” that had, until then, been flowing so strongly – leaving the relationship to run out of steam.9

“What will happen,” I warned Carlene, “is that a time will come when your feelings for this new man will switch off, and you will be left with no feelings for him, no family to turn back to, and, worst of all, no fire in your heart for the Lord.”

All too often I have shared similar warnings to no effect, because the person has left it too late to tell me what has been going on – in other words after making their final decision to leave. On this occasion, however, a strong conviction came on Carlene that what I was sharing really was the truth, and that things would work out exactly as I predicted. There and then she made the courageous decision to face the issue head on and to return to her husband – even though she very much doubted that he would be able to forgive her infidelity.

“Most husbands “know” in their spirits when something is wrong anyway,” I reassured her. “Why do you think the Lord has been strengthening Mark so much except to prepare him for this discovery?” Carlene agreed uncertainly, took a deep breath, and set off to restore the relationship.

Wonderfully, her fears proved groundless. Mark forgave her immediately and the couple are now fully restored.

When a married person “falls in love,” or runs away from a marriage, they are often so caught up in the thrill of their new passion that they mentally minimise the effect their affair will have on their children – some of whom may never fully trust them again. When they finally realise what they have done – and lost – they are often devastated. More often than not, they also make the unwelcome discovery that the person they have become attracted to also has their own set of demands and dynamics –which in turn impose another set of requirements and responsibilities.

Many people’s lifestyle these days is so intense that it almost encourages them to go in search of something to “compensate” for the pressures they are finding too painful to bear, or which they perceive to be lacking in their lives.

Where this searching inclines them to perceive another person as having more compassion or charisma than the person to whom they owe their chief loyalty, they may soon find themselves constructing elaborate hopes and fantasies around them.

As surely as there is a special anointing that causes people to open their hearts to each other in God-given friendships, it is always as well to bear in mind that the ways of the flesh (quite possibly aided and abetted by subtle powers of darkness who have had only to much practice in seducing people into making unwise choices) are highly skilled in kindling potentially fatal attractions.

So if you feel the power of chemistry at work in your heart, it is always wise to regard it as a ‘counterfeit’ – and as something that is highly likely to lead to emotional complications that can shipwreck marriages in exchange for nothing more substantial than a passing infatuation.

Just as David fell from first attraction into an intimate relationship with Bathsheba from which in many ways his reign never recovered, such longings can swiftly develop from mental fantasies into dangerously co-dependent relationships. Only this week I heard about a vicar abandoning his wife for a curate half his age, leaving his parishioners in shock and grief. Such things always affect far more than the people most directly involved, all too often devastating people’s faith and trust in the process.

When someone “suddenly” leaves, of course, it is usually the end result of a process that has been going on for some time. For many, the process of infatuation begins (or accelerates) during times of grief, when a person is already emotionally vulnerable.

Just as the Lord uses shared interests – or hardships – as a starting point for promising new relationships, so the enemy seeks to do the same in order to bait the snare and spring his trap. No one is automatically safe from these dangers. Even seemingly well-established believers– whether seventeen or seventy – can be induced to follow a path that leads to exceedingly messy complications.

Because no other sin leaves quite such a trail of misery as adultery, Paul’s warning remains as relevant today as it ever was: If you think you are standing firm, be careful that you don’t fall (1 Corinthians 10:12).

If we find ourselves directing immense amounts of spiritual and emotional energy towards someone else, it is time to take stock. Is it the Lord who is calling us to befriend this person in this way and to ‘lend’ them our strength at this time when they may be in great need of it? Or is the relationship turning into a potentially dangerous infatuation? As Catherine Marshall reminds us,

A man and a woman can live in the same house, in fact lie side by side in the same bed, and still be worlds apart. Don’t make the mistake of thinking that the only lonely people are single people. Loneliness doesn’t fly out of the window in the wake of the marriage ceremony.10

Check your timetable and your bank balance to see just how much you are doing to accommodate these new desires.

As surely as we benefit from taking the Lord’s promises and encouragements to heart, it is equally as important to heed His warnings. Since adultery almost never occurs where people are “heart accountable,” do you have at least one other person who knows what is going on in your heart?

Many hold back from seeking out the level of covering we are speaking of here, because they have seen pastors, leaders and family members over-reacting when someone has confessed to a growing attraction. Nine times out of ten, however, such attractions can be safely defused by prayer, counsel and simple accountability.

Nothing can be failsafe or fool proof, but taking time to ponder the following safeguards will both enrich our relationships and make “accidental” attractions far less likely to occur.11

He who trusts in himself is a fool,
but he who walks in wisdom is kept safe.
Proverbs 28:26

If you sense (or fear) that it would be unwise to share what is really going on in your heart with the “obvious” person, (such as your pastor) make sure that you have someone else to be accountable to. Don’t sit tight and wait to see what happens!

In a letter to someone who was experiencing a fantasy relationship with a woman in his office, Bel Mooney counselled:

It goes without saying that you have to work at truly valuing and loving your wife anew. I tell you this. When you are old, and impending death is more than a troubadour’s melancholic trope, the woman of your dreams (your wife, that is, not the fantasy woman) will, God willing, be at your side. She will be caring and loving, stroking your brow, wiping the soup from your lips – and still wearing, albeit with wrinkles, the face of the woman you loved deeply enough to marry.14 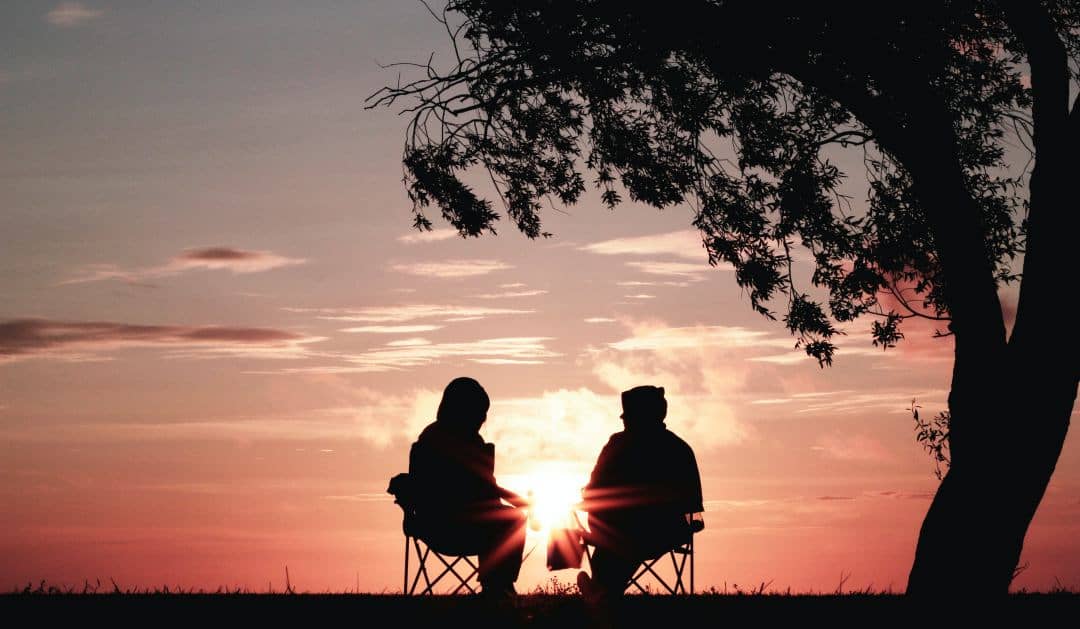 8 For reasons of confidentiality, this is not her real name.
9 National Geographic Magazine February 2006
10 Marshall, C. (2001) “They walk in wistfulness,” in To Live Again. Chosen Books
11 I would recommend in Nick Cuthbert’s book How to survive as a church leader, Monarch (2006) and in particular the chapter “Run from the sexual snare.”
12 See Restoring Spark to Marriages
14 Reproduced with her permission from her regular newspaper column in the Daily Mail.

Previous Chapter – Too Many Choices

Next Chapter – Wounds in the Household of Faith