Praise be to the God and Father of our Lord Jesus Christ, the Father of compassion and the God of all comfort, who comforts us in all our troubles, so that we can comfort those in any trouble with the comfort we ourselves have received from God.
2 Corinthians 7:5-7

I CAN REMEMBER THE SCENE VIVIDLY. It was just over a year after we had married, and Ros was in the utmost distress, having experienced her first miscarriage. Sheila had dashed over to be with her, and I can see her now, sitting on the edge of our bed, just holding Ros and loving her. Never underestimate the strength of such support and friendship!

There is nothing we need more during our times of grief than the help and presence of caring people. Many of us feel instinctively inclined, however, to steer well clear of the grieving. We rationalize to ourselves that they will be happier to be left on their own – or hope that because they received such a manifest dose of “divine anaesthetic” in the early stages they are doing just fine.

It is relatively easy to appease our conscience by making an occasional visit, or by sending a card. This is infinitely better than doing nothing, but there may be more that we can do for them.

In case this sounds as though we are committing ourselves to a long-term dependency, it is important to say first that grieving people often need a measure of short-term dependency in order to make a full recovery, and secondly that we are not speaking of a life-long commitment. Nine times out of ten their strength will return and our involvement will taper off.

In the past, such support was usually supplied “en famille,” or left to the parish priest or church elders. By definition, these people can only care for so many. Since everyone fares best when they feel listened to and cared for, it is important for us to “lend” our strength to those whose reserves have been depleted, not only when a literal bereavement has occurred, but in the aftermath of any form of loss.

This section is aimed primarily, therefore, not only for those who are formally involved in grief and trauma counselling, but at helping all of us to come alongside those who are bowed down with grief.

As with every other aspect of life, blessing comes as we share what the Lord has given us, rather than “hoarding and holding on” to it.

If you find yourself telephoning those weighed down with grief instead of visiting, or texting instead of ringing, or avoiding getting in touch at all – is it perhaps, because of unresolved issues in your own life?

Are you afraid that coming face to face with such raw emotions will expose your own insecurities?

Rather than remaining aloof or giving the appearance that we are expecting the grieving to “pull themselves together,” let’s overcome our fear of being emotionally drained and have the courage to come alongside.

Strong God, Saving God,
as I don my lifeguard’s vest
and plunge into the deep at Your command
help me to lend support to souls in distress,
until those who are floundering
are restored and re-empowered.
In Jesus’ Name, Amen. 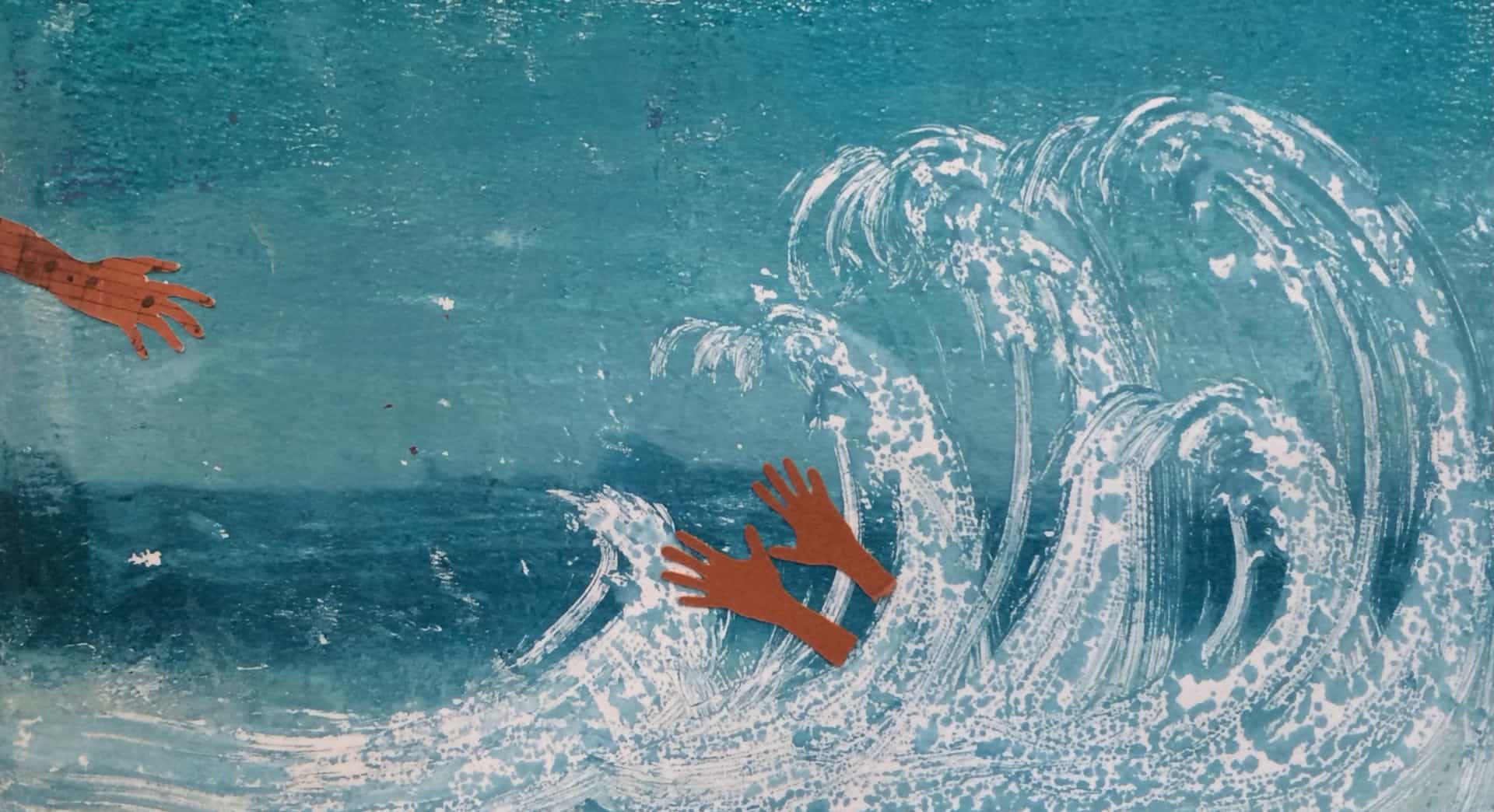 Next Chapter – Coming alongside the grief-stricken