Coming alongside the grief-stricken

Photo by Ben White on Unsplash

Coming alongside the Grief-stricken

Continuing her moving account of the death of her daughter, Robbie Davis Floyd points out that just as a “doula” attends births in order to support the mother-to-be, so the presence of a supportive friend makes all the difference in our times of grief.

It was a crazy thing to do, getting on the airplane alone. I thought I could handle it. Just before takeoff, I was still lucid enough to try one more time to reach my sweetheart, Richard Jennings, in a last-ditch effort to give him the terrible news in time for him to be able to meet me at the hospital in Roanoke. I had been calling all night, but he is a midwife and was not on call, so he had turned his phones off to get some sleep. I left a desperate message. Then, as the plane lifted into the air, I leaned my head back and closed my eyes, thinking that perhaps I could rest. That was when the universe imploded into a black hole, filled with specks of golden light. I was falling, choking, imploding into that black and gold no-space. I gasped for air – I couldn’t breathe.

Almost instantly, the doulas showed up. The woman in the seat in front of me moved back and held my hand. Her name was Kim. She asked me to talk about my daughter, the best thing anyone could have done at the time. A beautiful red-haired stewardess brought me water and oxygen and insisted I drink and breathe – again the best thing. During Jason’s home birth, I had guzzled water and the midwives had given me oxygen in between pushing contractions – such an appropriate and empowering use of technology. This time it was just as important, and worked as well to keep me conscious and give me the strength to go on. Air and water – the elements of life.

Just as doulas nurture you through the journey of birth, Kim and this red-haired stewardess nurtured me through my journey toward death. They never left me. In the airport in Atlanta, I had to change planes but couldn’t see more than two feet around me for the grayness everywhere. They walked on either side of me, holding my arms, to a room where Delta sheltered me. They brought me more water and food, and made me eat it, though I could barely swallow through the lump in my throat.

I was given a phone and told I could make all the calls I wanted – so many people still didn’t know. Kim had a plane to catch but didn’t want to leave me. I made her go. The red-haired stewardess told her not to worry because she would stay with me, and she did. She changed her plans and flew with me from Atlanta all the way to Roanoke, never letting go of my hand. Did I doubt the existence of angels?

At the airport in Roanoke she handed me off to a friend who had driven four hours from DC just to pick me up and escort me to the hospital so that I would not be alone. Sheer love from all of them, 100 percent support. May every doula do as well. You don’t need to know a woman to support her in birth or in death. I was not alone. 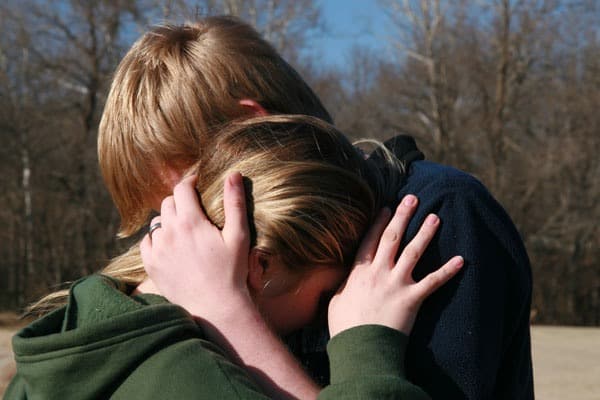