We want you to know about the trials we have undergone . . . We were crushed and overwhelmed beyond our ability to endure, and we thought we would never live through it. In fact, we expected to die. But as a result, we stopped relying on ourselves and learned to rely only on God, who raises the dead. And He did rescue us from mortal danger, and He will rescue us again. We have placed our confidence in Him, and He will continue to rescue us. And you are helping us by praying for us. Then many people will give thanks because God has graciously answered so many prayers for our safety.
2 Corinthians 1:8-11

A few weeks before Rosalind’s spasms began, a friend had a picture that we were about to enter a dark tunnel. Although she could see a bright light at the far end of it, she sensed that we were not going to reach that light immediately.

Other warnings followed hard on the heels of this rather sobering picture. Amongst others, I had a dream in which I was being pursued by a monster of a bull that was charging straight towards me – and there seemed no conceivable way that I could avoid its lowered horns. I woke with the bull still racing across the field in pursuit of me.

A few days later I had another dream. On this occasion there was a thick cloud of midges heading straight towards me. Again, there was no way I could avoid them. I could feel them crawling all over my face – and yet somehow I avoided being bitten.

I know enough about dreams to realise that if the same theme is repeated more than once, it is likely to be significant, and quite possibly urgent.20 One of the reasons the Lord allows, or even sends, such dreams and impressions is to afford us a glimpse of some scenario that Hell is seeking to cook up.

They are warnings to encourage us to spring to action stations, rally our defences and pray about the dangers we have foreseen – either to avert them altogether or at least, to reduce the damage that they cause.

At the same time – and here we marvel at God’s redemptive ways, and the paradoxical nature of so much that we associate with grief experiences – we will often discover that the Lord finds ways to use these perilous and unpleasant episodes to catapult us forward into some new phase of our journey.21

As forewarned, we found ourselves beset by difficulties, within a few weeks of these dreams, culminating in those extraordinary spasms that convulsed Ros. The fact that we had been forewarned, combined with having passed through many such tests before, helped us to endure those agonising and uncertain months.22

Attacks also tend to come in proportion to the significance of the situations we find ourselves in, and the tasks we are engaged in. Not only is there often a strong “backlash” after some major step forwards, there may also be intense “pre-lash” in an attempt to forestall something good from coming to pass. After all, when is the best time to attack an aircraft? Surely before it takes off, while it is still on the runway.

When the powers of darkness are launching assault after assault against us, the more resolute we are in countering them with prayer and declarations of faith, the less power they have over us. Better still if we can identify the source of the attack and come specifically against it. It is only when we heed our fears that faith goes out of the window as we lose sight of the fact that God still has good things in store for us.

During those months, however, His plans remained entirely hidden from view, because we were still in a “tunnel.” Tunnels block out light, and cause any words that are spoken to bounce off the walls, echoing and distorting them to the point where we lose confidence in what we are hearing.

Indeed, we may ‘hear’ nothing whatsoever at such times. There are times when the ground we are traversing, and the paths that we are ascending are so steep and rugged that we are required to advance by naked faith alone.
When Jeremiah lamented how hard he was finding his calling, and the opposition that was coming even from his own family, the Lord’s reply appears almost brusque.

“If racing against mere men makes you tired,
how will you race against horses?
If you stumble and fall on open ground,
what will you do in the thickets near the Jordan?”
Jeremiah 12:5

Indeed, we may ‘hear’ nothing whatsoever at such times. There are times when the ground we are traversing, and the paths that we are ascending are so steep and rugged that we are required to advance by naked faith alone.
When Jeremiah lamented how hard he was finding his calling, and the opposition that was coming even from his own family, the Lord’s reply appears almost brusque.

When peace like a river attendeth my way,
When sorrows like sea billows roll,
Whatever my lot, Thou hast taught me to say,
It is well, it is well with my soul.

If you were unaware of the context in which those words were written, you would be forgiven for supposing that they might have been penned by an exquisitely happy man in a mid-summer rose garden, surrounded by his adoring family. In reality, Horatio Spafford wrote them in the middle of a trip across the Atlantic, as he made his way to re-join his grieving wife.
Spafford had previously sent his wife and four daughters on ahead of him to Europe, but the ship had collided with another vessel, and all four of his daughters had drowned. Spafford had already experienced much suffering in his life, but this still greater test lent yet more authenticity as well as bathos to his words.

Though Satan should buffet,
Though trials should come,
Let this blessed assurance control,
That Christ hath regarded my helpless estate,
And hath shed His own blood for my soul.

Lord, haste the day when the faith shall be sight,
The clouds rolled back as a scroll;
The trump shall resound
and the Lord shall appear,
Even so, it is well with my soul.23

It would be naïve to expect griefs as deep as these to disappear overnight. Like Job we may find ourselves lamenting:

If I speak, my pain is not relieved; and if I refrain, it does not go away. O God, You have ground me down and devastated my family.
Job 16:6-7

The best way to handle those agonizing times when we are more aware of our loss than of the Lord’s presence may often be just to act as if God is in control and knows exactly what He is doing – for the simple glorious reason that He does.

It is not hypocrisy to act as if the Lord is close by – He is. This is why it is so important to hang on to truths and practices that have served us well in the past. Despite the deadness we are feeling, we still need grace to attend to practical matters. Challenging though it may prove to be to rouse ourselves to do so, we will at least have the comfort of knowing that we are keeping on top of our workload, as well as sparing us from too much introspection.

The Lord is still on His throne, and even the most intense sadness will lift. Better times will return, and we will be grateful that we kept moving through the tunnel.

Even for Jacob following his great loss the day finally dawned when he could declare, “You will no longer be called Son of my sorrow, but Benjamin, the Son of my right hand.” Neither do I imagine that Rachel continued weeping until the end of her days.24 Somewhere along her journey, the Lord will have found ways to draw this grief-stricken woman back to life. And just as He found ways to restore Naomi after the loss of her two sons in the book of Ruth, so will He lead us out again into a more spacious place.

He who trusts in himself is a fool,
but he who walks in wisdom
is kept safe.
Proverbs 28:26

I walked a mile with Sorrow,
and ne’er a word said she.
But oh, the things I learned from her,
when Sorrow walked with me.
Browning

Think back to any “tunnel” experiences that you have been through. Did the Lord give you a verse or a promise to hold on to before the darkness closed in around you? What did you learn in and through those dark times? These can so profoundly disorientating that it will be useful to consider them in more detail now. 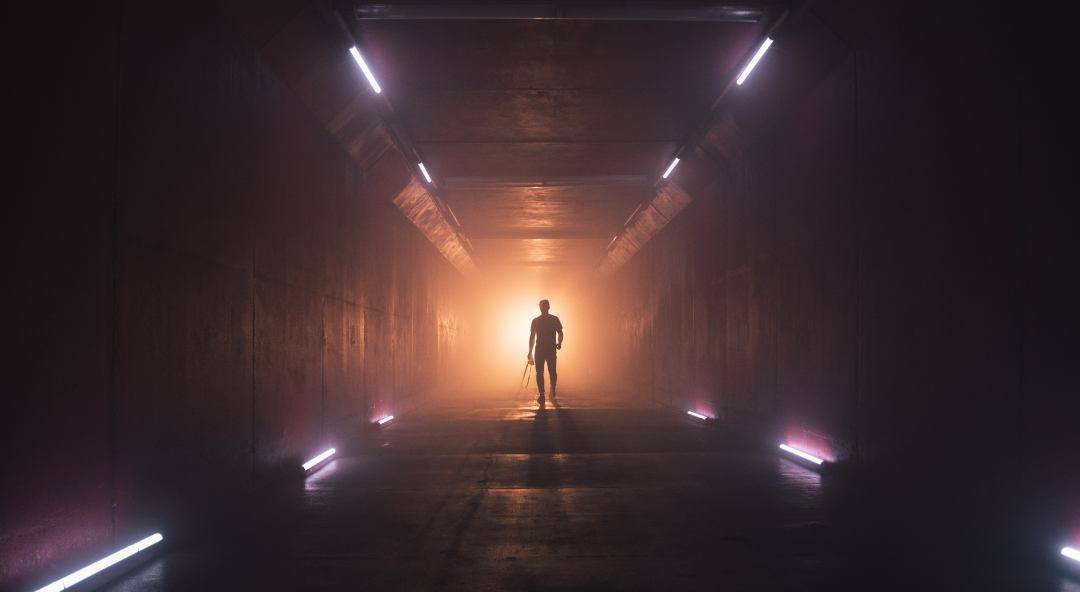 Next Chapter – Dark Night of the Soul