God finds ways to restore the despairing: The story of Martin the Cobbler.

By way of illustrating the power of yielding in the right way, I would like to introduce you to Leo Tolstoy’s moving story about Martin the Cobbler.

This short story by Leo Tolstoy is a powerful reminder of the unexpected ways in which God answers our prayers and meets our deepest needs. However little may appear to be happening along the lines that we had hoped or expected, God fulfils His promises and restores those who have lost hope.

One freezing cold day, an ailing man was standing at his bench, forlornly plying his trade. He was a fine cobbler and did his work well, never promising to do anything that he could not do. Through the one window in his basement that had only one window he could see people’s feet – and as he had either made or repaired most of their shoes, at least once, he was able to recognize most people by their shoes. His wife had died, and all the children they had had too. In his grief, he turned away from God, wondering how He could have allowed such a thing to happen to him.

One day a friend called Vladimir visited, and Martin told him of his hardships. He told Martin that he should live his life for God and not deny God just because He had allowed him to lose the love of His life and his hopes for the future that he had invested in his children.

But Martin blamed God for leaving him with so little. “I am without hope,” he declares. “All I want of God is that I may die.” At the end of his visit, Vladimir advised Martin to read from the Gospels each day, promising that if he did so, light and hope would come back into his life.

Martin took his friend’s advice. At the end of each day he would take down the gospels from the shelf and read a little. At first he meant only to read on Sundays, but he found it so interesting that he soon started reading it read every day.

When Martin read the passage about a Pharisee who had invited Jesus into his house, where a woman anointed and washed His feet with her tears, Martin identified himself as the Pharisee in that story because he was only living for himself.

Slowly his life changed. He gave up drinking and the words of Christ brought him new hope, while the deeds of Christ were as lights that drove out his darkness.

One night as Martin was reading he thought he heard someone calling him. He listened and heard a voice say, “Martin, Martin, look out into the street tomorrow, for I will come to visit you.” He looked around the tiny room, and realised that as there was no one to be seen it must be the Lord Himself who had spoken to him.

The next morning Martin watched eagerly out his window for God. He saw an aged man freezing in the cold and shovelling away snow. Martin invited him in for a warm drink and Martin told him about Jesus and the Pharisee. The man was moved to tears. When he left, the man thanked Martin for the food, both for the soul and body.

Later, he saw a young mother shivering in the cold and struggling to feed her baby. He brings them into the warmth, and when he discovers that she has pawned her shawl for food he takes a garment he has long treasured, his own wife’s shawl, and tenderly drapes it around her. Later he saw a young boy stealing from an older lady. He went outside and settled their argument, extending love and compassion towards both of them. Others enter and leave the cobbler’s shop that day, and he helps them all, but still he sees no sign of the Lord. The old despair rises again. Why hasn’t He come? That is when the cobbler’s weary eyes are drawn to a verse in the Bible: “Whatever you do to the least of these brothers and sisters, you are doing unto Me.”

In a flash of insight, Martin recognises that Christ has come – in the form of each person he has met and helped that day: the street sweeper, the mother and child, and all the others. When Vladimir passes by again, the cobbler can’t wait to tell him what has happened. Healed of his grumpiness and despair, Martin has moved beyond his own grief and is ready to play his full part again in the life of his community.25

Tolstoy regarded this short story as being quite possibly the most important of all his stories because it demonstrates how God uses people who have love in their heart and a willingness to serve to restore hope to those who have lost hope.

You love to re-awake and to re-envision, Lord – and You find a thousand ways to do so, provided that we are open and willing to receive You in whatever way you choose to come. Meet with those today who feel as though the flow of the Spirit has passed them by – and use us we pray to be Your hands and voice.

If you find yourself in the grip of unexpected loss, remember the many intimate moments you have shared with the Lord. He will not fail to heal your traumas as you call on His name – and to send whatever help you need to lead you forward into the next phase of your life.

You are my servant. I have chosen you and have not rejected you. So do not fear, for I am with you; do not be dismayed, for I am your God. I will strengthen you and help you; I will uphold you with my righteous right hand.
Isaiah 41:9-10

Lord, You say in Your word, “Fear not.”
I speak these powerful precious words now
to each and every area of my life that is gripped by fear.
Anchor of my soul, enable me
to weather every wave of anxiety,
actively entrusting it to You.
In Jesus’ name, Amen. 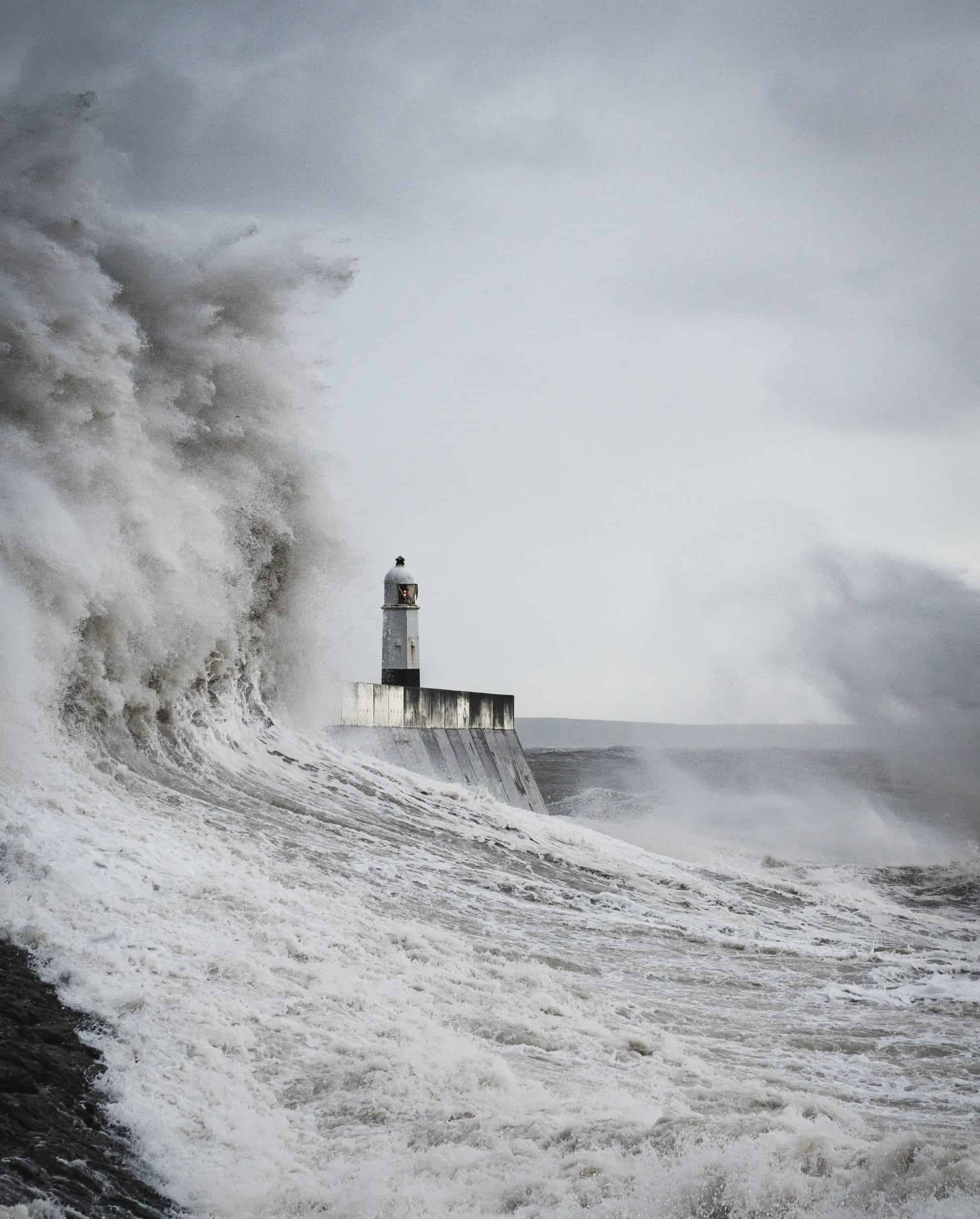