IT IS OFTEN when we are prepared to look beyond our own grief that the Lord ministers more powerfully through us. In a world where most people are looking out only for themselves, it blesses the Lord when He finds people who are eager to share the things that are on His heart. That is why we will move far beyond personal recovery in this section, to begin exploring things that are grieving His heart.

For sorrow, long-indulged and slow is to humanity a foe.
Langhorne

If everything in life has a starting point, then, by definition, most should also have a finishing point. The mere thought of a prolonged grief drawing to a close is a lovely one to contemplate – not least because the “end” often marks the start of many new beginnings.

Sometimes this happens of itself, as spring silently emerges out of winter. At other times, it is up to us to make the effort to fully hand over our hurts and losses to the Lord and so pull away from the gravitational instinct to grieve, lest it become permanently entrenched. As Lord Byron put it,

In one form or another, many of us sense when the time to move on has come. After months of mourning the death of Israel’s double-minded king, the Lord challenged Samuel,

“How long will you mourn for Saul, since I have rejected him as king over Israel? Fill your horn with oil and be on your way.”
1 Samuel 16:1

Effectively, God was urging Samuel to invest his energies elsewhere. Later, when David allowed his grief for the son he had been forced to banish to unbalance his judgement, he became more concerned for Absalom’s safety than for the welfare of his troops.

This so incensed his chief of staff that he warned him that he would have no army left unless he roused himself from his stupor and went out to encourage his troops.1 Joab’s challenge recalled the king to his duty. It was misplaced love on David’s part to trade the lives of his men out of loyalty to someone in whom the fuse of hatred flamed so relentlessly.

Some of us may find ourselves holding back from embarking on new projects and relationships because, like David, we may subconsciously be trying to “make up” for not having been as faithful or as kind as we would have liked to have been in the past. Such “compensating” can cause us to miss out on worthwhile opportunities, and to deprive the people the Lord is leading us to of precious truths that we have learnt about His love and faithfulness.

One of the clearest signs that we are on the path to recovery is when we find ourselves no longer constantly trying to “find” the person (or role) that we have lost. We may even have reached the point of realising that the Lord has been using some of the events that we initially considered to be an unmitigated disaster. Best of all, we are willing now to embrace the new things that are coming our way.

We know that we are well on the way towards healing when our mind turns to subjects that have caused us great distress in the past, and are able to think about them without our emotions spiralling downwards in grief or guilt. Precisely because life can never be as it was, there is no point in trying to perpetuate the way things were before. That does not mean that we will never again know happiness. There is every likelihood that we will – especially if we can thank the Lord for what He is doing, rather than hankering for how things were.

It is such a joy when all but forgotten feelings of contentment begin to return.

Like snowdrops and daffodils pushing their way through the frost-bound earth, it takes us by surprise to glimpse such happiness again. Even a hint of “spring” rejuvenates our heart, and inspires us to aim for higher goals. Our grief may not yet have gone for good,
but even now fresh blessings and deliverances are on the way.

That is why the Lord says,

I will return her vineyards to her
and transform the Valley of Trouble
into a gateway of hope.
She will give herself to Me there,
as she did long ago when she was young,
when I freed her from her captivity in Egypt.
Hosea 2:15

Lord, I greatly desire to reach
Your highest calling for my life.

Wherever grief
is threatening to spiral out of control,
rein it in and rule in my heart.

Even as I have mourned the passing of one season,
help me take whatever steps I need to take
to allow this new one to unfold –
even if You are not ready yet to act on the things
that I am most immediately concerned about. 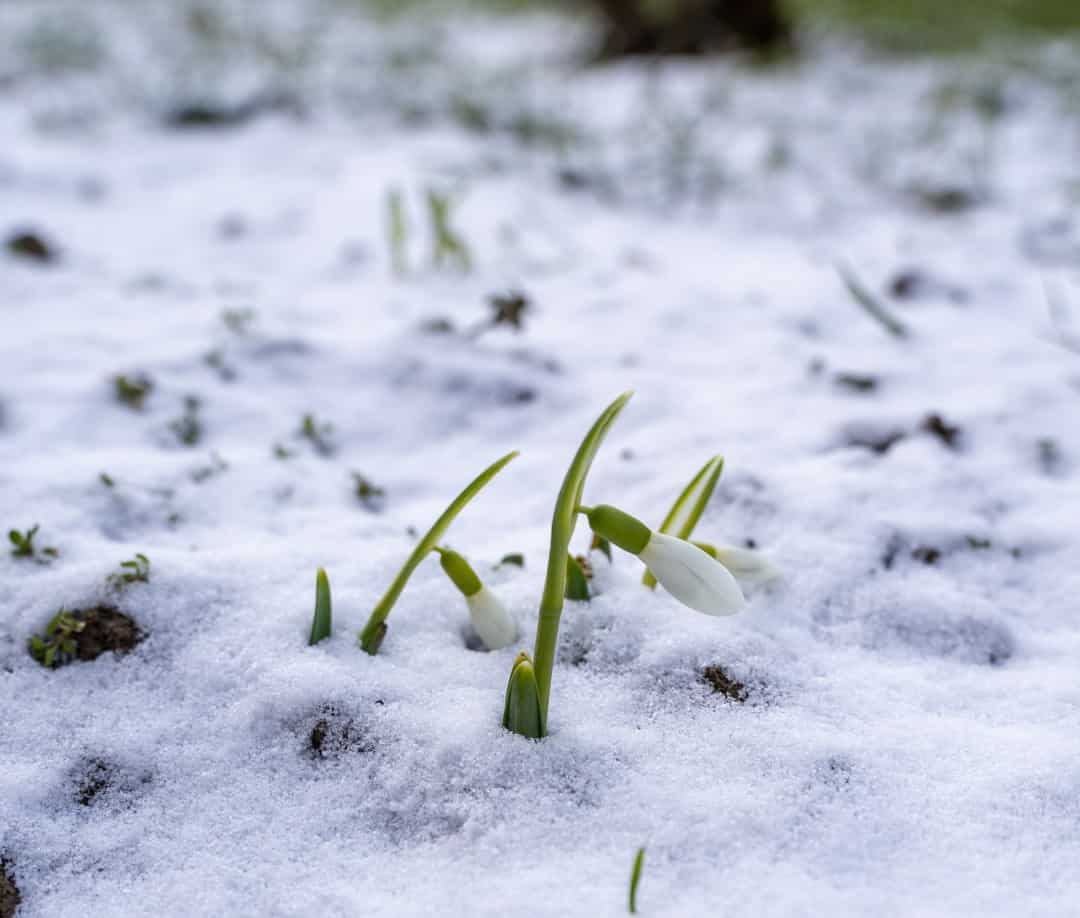 Next Chapter – Never underestimate the power of prayer