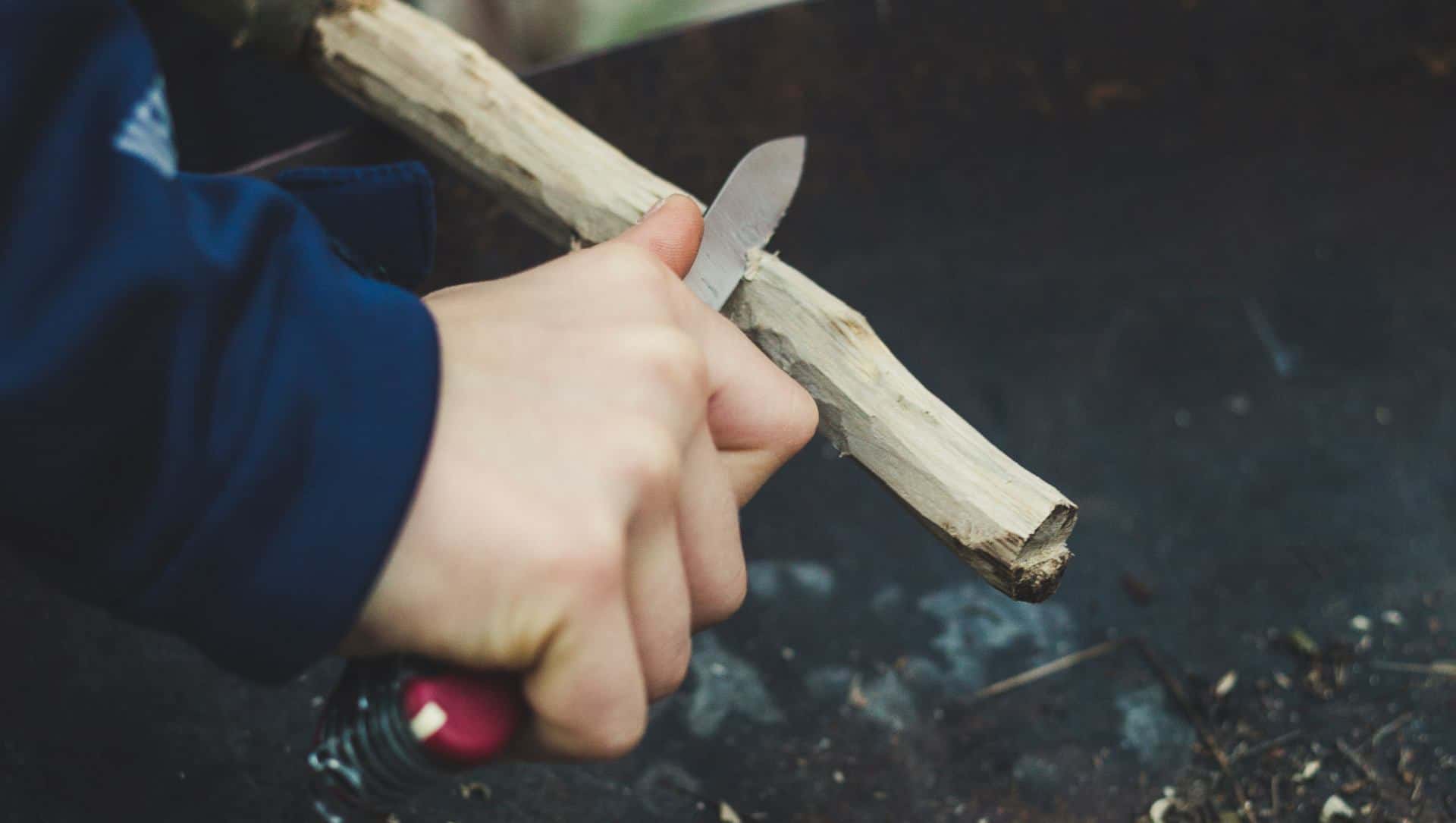 A woman who refused to take offence at God for allowing her to suffer much and who thanked Him for counting her worthy to suffer.

You may well have come across the name Helen Roseveare at some point in your life, a woman who was deeply in love with the Lord Jesus, and full of rugged practical perseverance in the face of enormous challenges. Originally a missionary with Worldwide Evangelisation Crusade, (WEC) Helen set up a teaching base for nurses, as well as some 48 satellite bush clinics(!) and, later, a medical centre that served a wide area in what became known as Zaire, and is now the Democratic Republic of Congo, a country that has seen such immense suffering in recent years.

During the Simba uprising in 1964, rebel soldiers carried out many unspeakable acts, Helen, along with several of her co-workers, were placed under arrest for five months, during which she never knew when her last moment on earth might come. Amid savage beatings, Helen was also raped on two occasions. Through the dark abuse of these months, she sensed the Lord saying: ‘These are not your sufferings. They’re mine. All I ask of you is the loan of your body.’ She wrote later of having an ‘overwhelming sense of privilege, that Almighty God would stoop to ask of me, a mere nobody in a forest clearing in the jungles of Africa, something He needed.’

Long convinced that, like St Paul, she would only know Christ’s resurrection power if she was also willing to experience the fellowship of sharing in His sufferings (Phil. 3:10) she knew now beyond a doubt that it was her willingness to suffer without either complaining or losing her faith that the Lord required of her now.

In bringing many sons and daughters to glory, it was fitting that God, for whom and through whom everything exists, should make the pioneer of their salvation perfect through what He suffered. (Heb. 3:10)

Helen resolved to embrace this suffering as part of God’s mysterious plan, even though she couldn’t see why, and became aware again of God’s ‘wonderful, unchanging love, the full peace of his forgiveness.’ This experience shaped her subsequent ministry, and enabled her to declare boldly that God’s grace is all-sufficient, whatever the circumstances we find ourselves in.

Just like Gene McGuire who, despite having been imprisoned for life for a crime he did not commit, said ‘I am just a servant; I’ve no rights; I’ve no entitlements,’ so too did Helen, who wrote:

“The desire for my ‘rights’ in order to preserve my individuality (rather than allowing God the full right to take over my life and to perfect my personality) has to be stripped away. I have to learn to persevere in the race He has set before me, drawing strength only from Him, and not relying at all on what I may consider any natural abilities I may have. I have to let God take from me even that strength which I thought I had in order that He may more fully reveal His own strength: in order that He may continue in me the work of conforming me to the image of His Son.”

The testimonies of Gene and Helen should make us examine ourselves and ask some challenging questions. Helen puts it this way:

“Could I see that God wanted to transform my life from a somewhat ugly, useless branch to an arrow, a tool usable in His hands, for the furtherance of His purposes? To be thus transformed, was I willing – am I still willing – for the whittling, sandpapering, stripping, processes necessary in my Christian life? The ruthless pulling off of leaves and flowers might include doing without a television set or washing machine, remaining single in order to see a job done, re-evaluating the worthiness of the ambition to be a ‘good’ doctor (according to my terms and values).

The snapping of thorns might include drastic dealing with hidden jealousies and unknown prides, giving up prized rights in leadership and administration. The final stripping of the bark might include lessons to be learned regarding death to self: self-defence, self-pity, self-justification, self-vindication, self-sufficiency, all the mechanisms of preventing the hurt of too deep involvement. Am I prepared for the pain, which may at times seem like sacrifice, in order to be made a tool in His service? My willingness will be a measure of the sincerity of my desire to express my heartfelt gratitude to Him for his so-great salvation. Can I see such minor ‘sacrifices’ in light of the great sacrifice of Calvary, where Christ gave all for me?”

On a lighter note, Helen tells this lovely story about prayer and a hot water bottle!

One night, in Central Africa, I had worked hard to help a mother in the labour ward; but in spite of all that we could do, she died leaving us with a tiny, premature baby and a crying, two-year-old daughter. We would have difficulty keeping the baby alive. We had no incubator. We had no electricity to run an incubator, and no special feeding facilities. Although we lived on the equator, nights were often chilly with treacherous drafts.

A student-midwife went for the box we had for such babies and for the cotton wool that the baby would be wrapped in. Another went to stoke up the fire and fill a hot water bottle. She came back shortly, in distress, to tell me that in filling the bottle, it had burst. Rubber perishes easily in tropical climates. “. . . and it is our last hot water bottle!” she exclaimed. As in the West we say that it is no good crying over spilled milk; so, in Central Africa it might be considered no good crying over a burst water bottle. There are no drugstores down forest pathways. “All right,” I said, “Put the baby as near the fire as you safely can; sleep between the baby and the door to keep it free from drafts. Your job is to keep the baby warm.”

The following noon, as I did most days, I went to have prayers with many of the orphanage children who chose to gather with me. I gave the youngsters various suggestions of things to pray about and told them about the tiny baby. I explained our problem about keeping the baby warm enough, mentioning the hot water bottle. The baby could so easily die if it got chilled. I also told them about the two-year-old sister, crying because her mother had died.

During the prayer time, one ten-year-old girl, Ruth, prayed with the usual blunt consciousness of our African children. “Please, God,” she prayed, “send us a water bottle. It’ll be no good tomorrow, God, the baby’ll be dead; so, please send it this afternoon.” While I gasped inwardly at the audacity of the prayer, she added by way of corollary, “. . . And while You are about it, would You please send a dolly for the little girl, so she’ll know You really love her?”

As often with children’s prayers, I was put on the spot. Could I honestly say, “Amen?” I just did not believe that God could do this. Oh, yes, I know that He can do everything: The Bible says so, but there are limits, aren’t there? The only way God could answer this particular prayer would be by sending a parcel from the homeland. I had been in Africa for almost four years at that time, and I had never, ever received a parcel from home. Anyway, if anyone did send a parcel, who would put a hot water bottle in it? I lived on the Equator!

Halfway through the afternoon, while I was teaching in the nurses’ training school, a message was sent that there was a car at my front door. By the time that I reached home, the car had gone, but there, on the veranda, was a large twenty-two pound parcel! I felt tears pricking my eyes. I could not open the parcel alone; so, I sent for the orphanage children. Together we pulled off the string, carefully undoing each knot. We folded the paper, taking care not to tear it unduly. Excitement was mounting. Some thirty or forty pairs of eyes were focused on the large cardboard box.

From the top, I lifted out brightly coloured, knitted jerseys. Eyes sparkled as I gave them out. Then, there were the knitted bandages for the leprosy patients, and the children began to look a little bored. Next, came a box of mixed raisins and sultanas – that would make a nice batch of buns for the weekend. As I put my hand in again, I felt . . . could it really be? I grasped it, and pulled it out. Yes, “A brand-new rubber, hot water bottle!” I cried. I had not asked God to send it; I had not truly believed that He could. Ruth was in the front row of the children. She rushed forward, crying out, “If God has sent the bottle, He must have sent the dolly, too!”

Rummaging down to the bottom of the box, she pulled out the small, beautifully dressed dolly. Her eyes shone: She had never doubted! Looking up at me, she asked, “Can I go over with you, Mummy, and give this dolly to that little girl, so she’ll know that Jesus really loves her?”

That parcel had been on the way for five whole months, packed up by my former Sunday School class, whose leader had heard and obeyed God’s prompting to send a hot water bottle, even to the equator. One of the girls had put in a dolly for an African child – five months earlier in answer to the believing prayer of a ten-year-old to bring it “That afternoon!”
(Source: fahanchurch.org)

How grateful we can be to God for faithful missionaries, who devote their practical and medical skills to the Lord. They really do need our prayers! Helen’s motto was Pour Lui, tout à fait – For Him – completely. Very many have been inspired by her love for the Lord to commit themselves more fully to Jesus.

And how far removed Helen’s attitudes are from the ‘cheap grace’ that Dietrich Bonhoeffer warned against: the ‘easy believism’ that is all too present in contemporary Christian practice, as if Christ is primarily the answer and cure for any and everything that we find difficult. It is simply not true. The privilege of walking with the Lord is not that everything in life should be easy for us, but that we share in His mission to bring many sons and daughters to His side in glory.

The path to this is demanding and difficult. Think of  Abraham setting out he knew not where, or of Moses leading a rebellious people to a land they had not seen and could not imagine. Where would we be had they renounced their vocation and integrity and settled down again, refusing to step out in faith into the unknown?

Like the shepherds in the fields of Bethlehem, we may at times feel ‘sore afraid’ of some of the things the Lord asks us to do, but let’s take to heart the message that the angels brought them: “Fear not: for behold, I bring you good tidings of great joy!”

May it all be about Emmanuel, ‘God with us’ – and His purposes being worked out and extended as we obey Him.

You can find one or two further insights about Helen’s heart attitudes in this article.

*The title is taken from one of Helen’s books.