The Treasures of Darkness

The Treasures of Darkness

And I will give you treasures hidden in the darkness – secret riches.
I will do this so you may know that I am the Lord, the God of Israel,
the one who calls you by name.
Isaiah 45:3

For the first few weeks after Ros was convulsed by spasms, I found, as so many people do in times of crisis, that the Lord sent special strength. Friends leapt to action-stations in prayer, adrenaline flowed and the Lord’s presence hovered like an overshadowing cloud, while I put the enforcedly enclosed time to good use by completing the next draft of this book.

Ros and I often see things differently. More often than not, we complement each other well, but on this occasion I thought she might be straying into denial. In reality, she was just trying to make the time as sheltered and “cocooned” as possible under the circumstances. In other words, this was less denial than common sense, combined with a hint of “divine anaesthetic” to tide her over.

There is evidence in Scripture to suggest that the Lord quite enjoys a “rough and tumble tussle,” but I resisted trying to make any “bargains” with Him.29 With a few notable exceptions, I have usually preferred to leave the Lord to make the key choices for my life; after all, He is so much better placed than I am to see what is truly best.

The one thing I was not short of, as a result of being well advanced with drafting this book was an understanding of the grief symptoms I could expect to experience! Was I experiencing sharp pangs of grief as the initial numbness wore off? Yes, an abundance of the darned things.

We were well aware that we had both been overworking – but how could it have been otherwise with Ros preparing her lectures for the first time as well as having to complete her Master’s degree? Neither of us were inclined to indulge in prolonged “if only” regrets, and I think this protected us from many of the feelings of shame, guilt and depression which so often accompany the grief process.

Beyond a certain increased proneness to irritability – every diabetic’s favourite excuse! – anger wasn’t particularly an issue either – which only goes to show that by no means all of us automatically experience all five of the classic grief stages – or certainly not in the same strength or sequence anyway.

Shakespeare spoke of sleep being the “sole comforter of minds with grief oppressed” – and lack of sleep is common in almost all grief episodes. Most of us can cope with almost anything, providing that we get enough rest. No wonder sleep deprivation ranks as such an effective method of brainwashing and torture! We were certainly “nocturnally challenged,” both because of the increased frequency of the attacks, and the implications that these raised.

Engulfed by a sensation that I am sure many of you will be entirely familiar with, I felt alarmingly powerless. These feelings of helplessness became a cause of further grief themselves, leaving me prone to bouts of anxiety. In those days before What’s App, my phone bill shot up as friends received calls at surprisingly early hours of the morning. (We were on holiday in rural France, you will recall, when this started, far from our usual support structure).

The fact that we have helped many others through times of anxiety undoubtedly went some way towards helping us to cope. We knew we needed to skip the tricky questions in these initial stages of grief. After all, the Hebrew word for “why” doubles as the symbol for “chaos!”

For the time being, we could no more answer the inevitable questions going round our heads than we could appreciate a painting by standing with our noses pressed against it. We knew that it would only be when we were able to stand back that we would gain a better perspective.

Standing back is difficult, however, when every part of you is longing to find a solution. I sensed that if I could cooperate with this surging and unpredictable current I would have more chance of emerging intact from the experience. Being anything but level-headed when it comes to the health of my wife, however, my grasp on that particular perspective wavered from hour to hour, let alone from day to day.

Life proved complicated when we returned home. Like so many couples, our lifestyle affords little slack for emergencies, and shouldering all the transportation posed predictable problems for a two-car family. Simon and Maria Redman took Dominic to school for us, and lovingly “soaked” Ros in the Lord’s presence. A group of leaders came to our house to pray (at extreme decibel pitch) for the problem to shift.

All of these were vital stages along the way, yet every time people prayed seriously for Ros, the spasms only seemed to get worse afterwards. Every time! That itself, of course, was a clue. A condition that reacts so intensely against prayer is more than likely to be carrying the stench of sulphur.

A few weeks before Ros’s first spasm I had gone for a walk with Rob Grinsell, a friend in the ministry. Suddenly, Rob threw his cap on the ground: “The gauntlet has been thrown down, and a challenge has gone out!” he declared theatrically. “Satan is challenging and God has accepted it.” He was alluding, of course, to the passage in Job 2:3 in which the Lord challenges Satan concerning one of His own servants. There is a New Testament parallel to this when Satan asks permission to “sift” Peter. In that instance, as surely for our own, Jesus promised that His own prayers would bring Peter though this testing period.30

The Scriptures are clear: ‘Resist the devil and he will flee from you.’31 By this time Ros had suffered well over one hundred of these dreadful attacks, and we were desperate. Rather as military advances traditionally begin by laying down a heavy artillery barrage, I organised a major prayer push, mustering as many praying friends as we could to pray at a specifically arranged time, either with us or at a distance.

It was this day of prayer that proved to be the turning point. Even then there was a crocodile lash of the tail. As we drew to the end of an incredibly special time of prayer, Ros had one of her most violent ever attacks – and another one a few hours that night. Had our prayers not prevailed?

The following morning, as Ralph and Sarah Deakin laid hands on Ros and “soaked” her in prayer, the Lord showed Ralph a vision of an angel plying a microscopic needle and thread, gently “suturing” her nerve endings together. To our immense relief, the attacks receded in strength from that moment on, and, within three or four days had ceased altogether.

I discovered long ago that the same word is used in both Greek and Hebrew for to tempt, to test and to try. In other words, while the devil is tempting, God is also testing, and our soul is being tried! By God’s mercy, this proved to be a test and an attack rather than a final chapter.

Rob Grinsell had also pointed out to me that “tunnels” are often God’s fastest way of taking us through particular obstacles in order to reach an entirely different landscape beyond. As it turned out, the Lord had an entirely new appointment for me the moment this particular trauma had passed.

It may well be, however, that you are going through a far more serious and ongoing situation. We are to turn our attention now, therefore to more serious forms of grief. 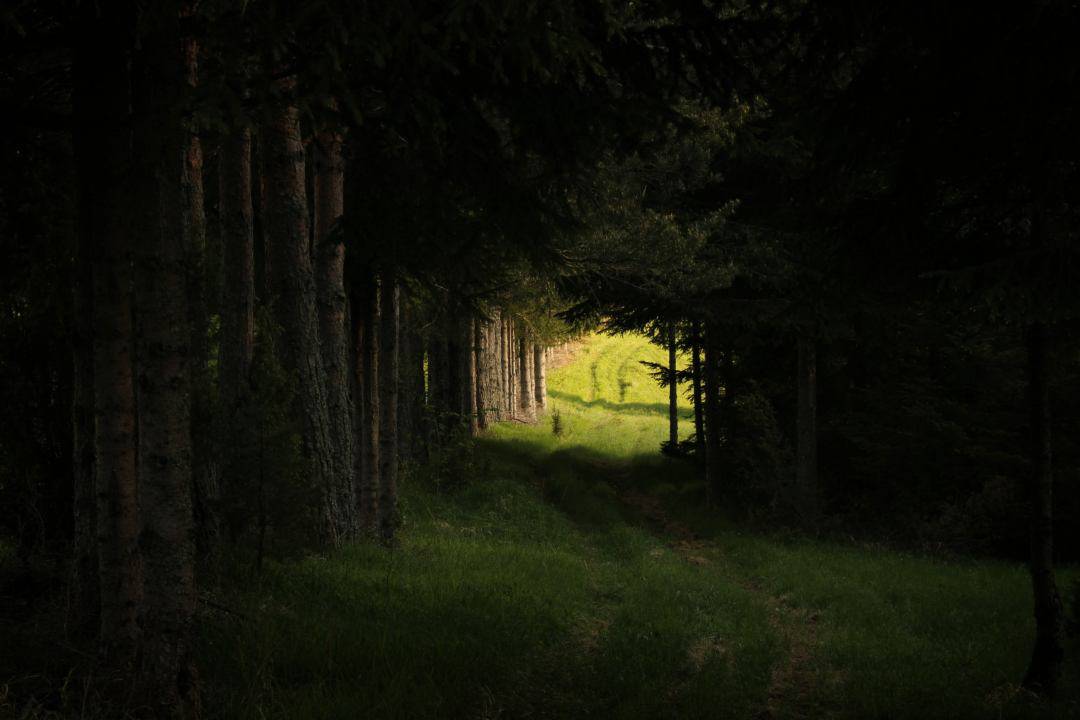