Aug 12, 2014 | Devotions and Reflections, Events to pray for, Flashpoints

After sharing horror stories of what is happening to Christians in Iraq, Tim Montgomerie argues powerfully in an article in Saturday’s The Times (August 9th: Rescue the Christians) that the IS is now in a position of territory, power, sophisticated equipment and funds that bin Laden could only have dreamt of. One thing is for sure: Isis will not for one moment be content to stop if they succeed in conquering their present objectives. (Jordan could be one of the next targets).

Tim believes it is a great mistake that America’s military response has so far been so tentative in attacking Isis deployments. See The Times – Rescue the Christians and also Action not words needed from a Canadian perspective.

And here is a prayer-poem for Northern Iraq written by a Canadian:
Stacy Gleddiesmith

Suffering God, hear the cry of your people in Iraq and Syria!

Lord come quickly to uphold your name.
Reveal to the blinded their own actions.
Bring them to their knees with weeping.
Unveil to them the depth of their evil.
Turn them from darkness before they are lost.

Lord Jesus, come quickly to help them.
Lamb of God, hear their cry.

And for us, who are distant:
Keep us from complacency.
Help us to not be overwhelmed into inactivity
By the size of this struggle.
Open our eyes to what we can do.
Teach us to pray.
Teach us to use our resources wisely.
Keep our hearts broken.
Keep our eyes wet with tears.

With tens of thousands displaced, what we are seeing on the TV news is just a tiny window into all that is going on.

And pray for countries (like ours) to open their borders to accept the displaced.

Pray for every family affected who has been forced to flee and is caught up in this nightmare.

According to some reports horrendous massacres are now happening all the time. An Iraqi official has also reported that hundreds of Yazidi women have been taken into slavery by the IS.

On the Tunnel Front
There was also an important article in the Telegraph this weekend revealing more of Hamas’ tunnel strategy. This is well worth being aware of.

The region has been a magnet for propaganda warfare since Sennacherib and his henchmen tried to talk Hezekiah into surrendering (See Isaiah 36). In the light of serious demonstrations against Israel in dozens of countries over the past few days, this is an important aspect of the whole situation.

The following are also powerful testimonies, although we do not know the people concerned and are unable to verify them personally.

A friend in Israel wrote to us,

The BBC website quotes some analysis about the casualties figures in Gaza. This shows that 3 times as many men than women/children were killed. This gives credence to the Israeli claim that 8-900 were Hamas/Jihadi fighters were killed. It still means, also, that there were about 1,000 civilian casualties.

Finally, we were sent this beautiful and moving image. 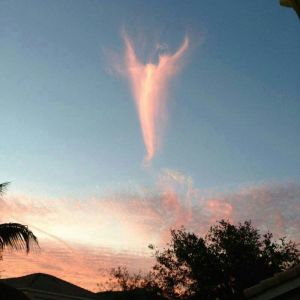 Keep this image handy as you seek the Lord and pray about these major events.

With very much love,
Robert & Rosalind 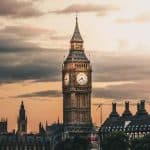 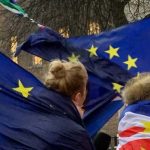