An important prophecy about specific attacks that are going to be directed against Boris Johnson and his government.

The word ‘Mashal’ implies a wise and succinct message that is often shared in the form of a prophetic parable or a poem. From time to time we send out words by people whose ministry we are not personally acquainted with. We did that with regard to Emma Stark’s prophecy about Brexit being delayed but still set to happen, and Veronika West’s word that Boris Johnson would be elected and the chair that he sat on become dramatically less rickety.

We are stepping out again now for a third time by passing on a powerful message that was posted by the Parliamentary Prayer Group about the scale of the kickback that Boris Johnson will now be facing, which will be of a kind that the author calls ‘Jezebelic.’ Anna, who was one of a number of people who initially passed this word on to Tim and myself, tells me that that the man who gave this word comes from Aberdeen and that he is a good pianist!

In the light of the word this link takes us to, this would be a good time to remind people of the bulletin we sent out on the 22nd of October citing Veronika West’s prophecy:

“There will be those who will relentlessly oppose [Boris] both to the right and to the left.  Many will work tirelessly to cause great embarrassment for Prime Minister Boris Johnson both in front of Her Majesty the Queen and the nation.

But watch! There will come a sudden and severe shift once again in the nation and the government where we will see the hand of God’s divine intervention moving on behalf of our nation and for Boris Johnson and his government.”

To say the least, it is a strong reminder that we can’t afford to put our feet up too firmly this Christmas time! Rather as happens when a mission finishes, exhausted intercessors are often inclined to collapse in a weary heap at the very time when the seeds that have been sown urgently need watering and nurturing. This is precisely the time to summon fresh battalions of intercessors and to rouse oneself for fresh efforts.

Linda commented on the testimony:

I’ve just read Frank’s article. In fact the Lord told me to read it three times, which was good because I wasn’t totally convinced the first time. I thought: Jezebel gets the blame for a lot of things, etc. etc. but he’s right – she is a political spirit too. This would explain all the intimidation in political circles too, and of course the intense fight it has been, and still is going to be, to leave the EU. We shouldn’t fall into the trap of thinking that when we leave the EU we’ll suddenly be immune from the Jezebel spirit. As Frank mentions in his testimony it is already operating in the UK, and that will not just suddenly cease.

I was struck too by Martin Perry’s comment about a diamond over Birmingham. I immediately thought of the Wall of Prayer – a national landmark of hope – which is being planned.

This will be important for Birmingham itself which has become such an oppressive place in the past few years – especially central Birmingham. Don’t be put off by its length: it is well worth reading to the end.

This article from the New York Intelligencer is worth reading too.

If you are not familiar with the term ‘woke’ in America it means ‘alert to injustice in society, especially racism’. 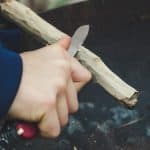